The job: "We are a planning and architectural practice based in Chichester with a diverse range of clients and projects. We are seeking an ambitious commercially minded chartered town planner, with the drive and energy to take the lead on projects working with clients to project manage developments from inception to conclusion.  We see this as an opportunity for the successful candidate to join an established team where they have the potential to further develop their career in planning and property." 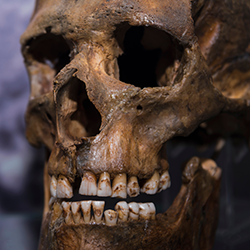 Fun fact: Boxgrove, a village and parish wiithin Chichester, is the site of some of the earliest evidence of human habitation in Britain.
Excavations in Eartham Pit, a gravel quarry close to the village, between 1983 and 1996 initially produced flint tools and animal remains dating to around 500,000 BCE; in 1993 the remains of Homo heidelbergensis, an early hominid, were discovered. These are the oldest human remains to have been found in the British Isles.

Location: Long Stratton and Norwich, Norfolk (working out of two offices in a shared service)

Development management: "You will be part of a dynamic multi-disciplined development management team which is facilitating and encouraging the delivery of growth to a high standard.The roles offer the unique opportunity to work across a geographical area rich in heritage assets."

Planning policy: "You will be part of a committed and forward-thinking spatial planning team working as one team across two councils and as part of the Greater Norwich local plan team. You will be contributing to the preparation, implementation, monitoring and review of the councils’ local plan, associated policies and strategies." 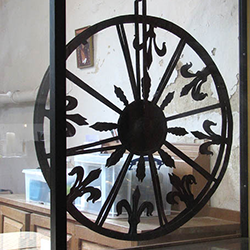 Fun fact: St Mary's Church in Long Stratton is home to one of just two known examples of a 'sexton's wheel', a device made of iron and revolving on a spindle. Its function isn't clear, but it's thought that in pre-Reformation times, the wheel would be spun by the church sexton to determine the day on which a penitent parishioner should begin their fast. More info here:

The job: "The development management team is a small and friendly service. This opportunity has arisen at a particularly interesting time with the new minerals and infrastructure applications expected in 2020 due to the county experiencing high levels of growth.

The role will concentrate on: 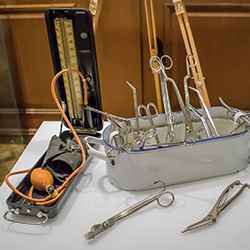 Fun fact: The British Medical Association (BMA) was founded in the Board Room of the Worcester Royal Infirmary building in 1832. Originally named the Provincial Medical and Surgical Association, it was founded by 50 medical men to provide a "friendly and scientific" forum to allow provincial medical practitioners to exchange knowledge.

Its driving force was Sir Charles Hastings, "the best known physician in the Mildands" who fought cholera, invested in good quality housing that improved health, campaigned for clean water to be pumped to houses and founded the Worcester Museum of Natural History.

The job: "We are seeking an enthusiastic, motivated and well organised recently qualified graduate in Town Planning, Geography or a similar discipline to take up a planning officer role with the development management team. The individual should also have excellent communication and negotiation skills.

"In this planning officer role you will deal primarily with small-scale planning applications covering a wide range of planning issues." 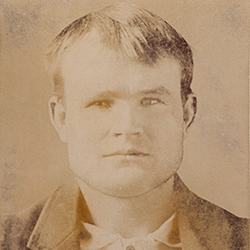 Maximilian Parker emigrated to the United States with his family in 1856, aged 12. Later on he met adn married fellow immigrant Ann Campbell Gillies, who had emigrated fom Tyneside. Among their 13 children was Robert LeRoy Parker who later earned notoriety as Butch Cassidy, the leader of the Wild Bunch', a gang of train and bank robbers who terrorised the American West in the 1890s. Parker, along with accomplice Harry Alonzo Longabaugh, was immortalised in the 1969 movie Buch Cassidy and the Sundance Kid starring Paul Newman and Robert Redford.

The job: "We are looking for a driven, systematic and dynamic senior planning officer to join the team. You will be working in development management and in this post you will deal with a varied workload of major and more complex minor planning applications, whilst supporting, motivating and advising planning officers and the planning assistant." 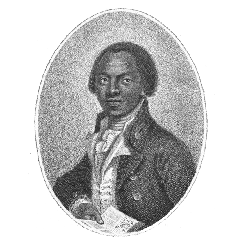 Fun fact: Olaudah Equiano, the first black British author and an anti-slavery activist, married a woman from Soham in East Cambridgeshire in 1792 and settled in the area.

Equiano, also known as Gustavus Vassa, was born in the Kingdom of Benin (now southern Nigeria) in 1745 and enslaved as a child, being sold to a British Royal Navy officer in the Caribbean. Having bought his own freedom, he  became part of the Sons of Africa, an abolitionist group of Africans living in London. Equiano died in 1797 in London. Read about his life here