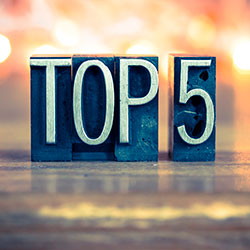 The job: "Cannock Chase in Staffordshire is an Area of Outstanding Natural Beauty (AONB), with the majority of its 1,281 hectare Site of Special Scientific Interest being a Special Area of Conservation (SAC), designated principally for its heathland habitats.  The Cannock Chase SAC Partnership is looking to recruit a key individual who is enthusiastic and highly motivated about conservation and public engagement.

"Due to the scale and distribution of recreation impacts affecting the Cannock Chase SAC, a Partnership was formed in 2010 comprising Local Authorities and advisory bodies. As the Project Officer you will develop and deliver a programme of mitigation projects for the Cannock Chase SAC Partnership in order to meet statutory legal duties through the Habitat Regulations." 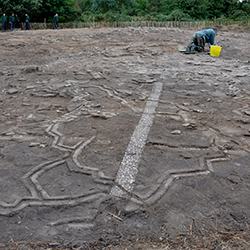 Fun fact: Cannock Chase is home to what is thought to be the last surviving model battlefield constructed in the First World War as a training aid to soldiers.

The section of the Western Front at Brocton Camp is thought to commemorate comrades lost in the extremely bloody Messsines offensive, fought in June 1917, at which 50,000 soldiers lost their lives.

The model , measuring 40 square metres, is rendered largely in concrete and includes a scale model of the town of Messines in Belgium, trenches, railway lines, dugouts, roads and an accurate representation of the surrounding terrain.

The catch, though - it's buried, to ensure its preservation. The model was  excavated in 2013, however, and laser scanning used to create a 3D interactive model.

The job: "We are seeking a fully qualified Planning Officer to investigate breaches of planning and related legislation.

"The successful candidate will have a sound knowledge of planning law and best practice in relation to planning enforcement, be resilient under pressure, have excellent written and verbal communication skills and highly developed negotiation skills.

"In addition to planning enforcement work, opportunities will also be available for the successful candidate to gain experience of managing a small caseload of planning applications and general planning enquiries." 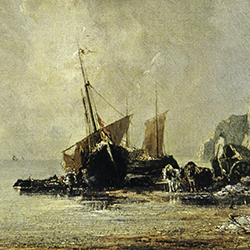 Fun fact: Arnold, in the borough of Gelding, was the birthplace of the noted Anglo-French painter Richard Parkes-Bonington, who died tragically young of tuberculosis in 1828.

A landscape painter  in the Romantic tradition, Carlton moved with his family to France aged just 14, and is said to have blended aspects ofboth the french and English styles in his paintings.

A friend of the great French painter Eugene Delacroix, he trained at the Ecole des Beaux Arts  in Paris and echibited at  the Paris Salon alongside contemporary John Contstable. Bonington's paintings are held in the National Gallery and Tate Britain among other major galleries.

The job: "We are looking for an experienced Planner with strong professional skills and experience of dealing with very large and complex developments. Experience of responding to masterplans and design and layout of large-scale developments is required, including familiarity with high density urban developments.

"You will lead a team responsible for determining the largest and most complex applications in the Borough and providing the Council’s response to development in the Ebbsfleet Development Corporation area. Your job will be to ensure that the development coming forward is co-ordinated and the overall outcome is better than the sum of its parts." 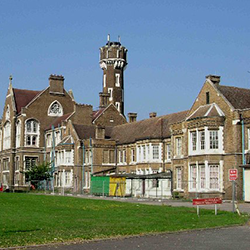 One of the best known, the imposing, castellated Stone House Hospital to the east of the town, opened in 1866 as the City of London Lunatic Asylum. Following the creation of the NHS it becase a centre for regional healthcare delivery and a nursing school. Its main buildings have now been converted into luxury flats.

The job: "Already one of the most economically productive areas in the country, Milton Keynes is also at the heart of the Cam-MK-Ox growth arc and significant rail and road infrastructure projects, and is at the forefront of local government endeavours to facilitate place making that will make Milton Keynes a more socially and environmentally sustainable place to live, work, study and play.

"Now is an exciting time to join a team which is being tasked with planning for growth that will double the population of Milton Keynes to 500,000 people by 2050 and tackle some of the most complex and interesting contemporary place making challenges in the UK. To help us get there, we need a proactive, diligent and experienced senior planner who can work with a high degree of autonomy. You will make a major contribution to the continued success of Milton Keynes through a unique and rewarding career with Milton Keynes Council." 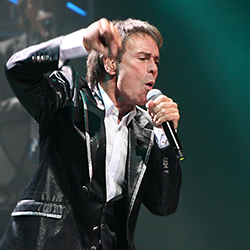 Fun fact: Milton Keynes shopping centre was, famously, the location for a rollerskating Cliff Richard in the video for the singer's 1981 single Wired for Sound.

Cliff, also sporting a then totally de rigeur Walkman ('Wired for sound', geddit?), can actually be seen zipping around various locations in the city, but is mostly in the otherwise empty shopping centre with a cohort of brightly clad fellow skaters. This was, for most of us, the height of modernity in 1981. The song peaked at no.4 in the UK singles charts and you can enjoy Cliff singing and skating here.

The job: "In this role with a highly-regarded independent practice, you will be provided with a wide array of private and public sector clients, working mostly on a range of residential and mixed-use schemes. An ability to be client-facing and communicate well with local authorities, landowners, developers and architects will be fundamental to this role. You will be responsible for providing clients with viable planning strategies in a comprehensive and timely manner.

Key responsibilities will include: 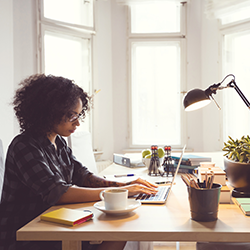 Fun fact: Remote working has come into its own during the Covid-19 pandemic, but it's been on the rise for some time. According to the Office For National Statistics Annual Population Survey, pre-2020 around 1.7 million people in the UK mainly work from home. That's about 5 per cent of the workforce - although some 8.7 million said they had worked from home at some point. In 2015, 4.3 per cent of the workforce said they mainly worked form home - so there's a gradual increase.

The biggest sectors for homeworking are, according to the survey, information and communications, scienntific and technical activities, real estate activities and art, entertainment and recreation. Currently, the ONS reckons, around 49 per cent of the workforce is regularly working from home. It remains to be seen to what extent the habits introduced during the epidemic stick. Here's a good breakdown of those ONS figures.