It's the return of the Friday Five - our round-up of five of the best, most interesting or unsual jobs on Planner Jobs this week. As if that weren't  reason enough to read on, each is accompnaied by a 'fun fact' related to the job or its  location.

The job: "An exciting opportunity to play a key role in ensuring growth and regeneration in the borough is delivered in line with the Brent Local Plan, Borough Plan priorities and the Infrastructure Delivery Plan. As part of the Spatial Planning service, you will lead the Infrastructure Planning team through the innovative and practical development of infrastructure planning policies and associated documents and practical use of S106 planning obligations, CIL and other funding mechanisms." 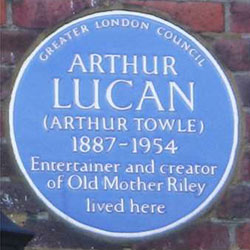 The over-the-top character became immensely popular and, followIng a successful Royal Variety Performance, Lucan played her in 17 films between 1936 and 1952. At one point, Riley was one of the biggest draws in British cinema. Lucan collapsed and died shortly before going on stage as Old Mother Riley in Barnsley in May 1954.

The job: "Larkfleet is looking for a stand out individual with a proven track record to lead the development team in the progression of a wide range of residential led development projects.

"The role allows the individual to lead on new site development from initial planning policy analysis through design policy application, the submission of planning applications and consent/condition discharge to enable development to commence." 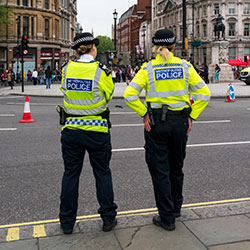 Fun fact: Bourne-born Lilian Wyles (b.1885) was one of the first woman police officers in London's Metropolitan Police in 1919. She was among three pioneering sergeants in the first Metropolitan Women Police Patrol covering Central London and the East End.

Initally she and her coleagues had no powers of arrest but - largely thanks to Wyles' efforts - this was given to women in 1923. By 1932, Wyles had risen above the scepticism of male colleagues and the ridicule of the general public to become a chief inspector.

She retired to Cornwall in 1949 where she wrote her 1952 autobiography A Woman at Scotland Yard. Wyles died in 1975, aged 89; her grave was unmarked for 44 years until it wass given a blessing and a new gravestone in 2019, the 100th anniversary of her joining the Met Police.

The job: "This role offers an exciting opportunity to join Burnley Council’s Development Control Service. You will work as part of a team of planners and support officers to deliver a highly efficient and responsive planning application and enforcement service that promotes sustainable growth.

"In recent years Burnley has seen significant economic and housing growth and you will work closely with the planning officers and the planning support team to promoting and delivering our ambitious agenda." 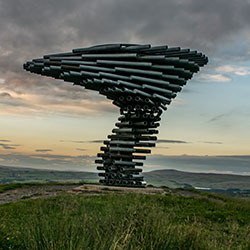 Fun fact: One of Burnley's most famous landmarks is the Singing Ringing Tree, a wind-powered sound scultpure resembling a tree that is located in the Pennine Hills overlooking the town. Designed by architects Mike Tonkin and Anna Liu of Tonkin Liu, the sculture is composed of a series of galvanises steel pipes that harness the wind to produce a "choral" sound that covers several octaves.

The sculpture was completed in 2006, one of four wihtin a local arts project that aimed to create four 21st century landmarks - or 'panopticons' - across East Lancashire.

The job: "The council’s newly created Place-shaping and economic growth service is looking for a range of proactive, creative and customer focused officers to help to deliver sustainable, high quality homes and jobs across our diverse and characterful district.

"Housing delivery account manager is a key role to help us accelerate the delivery of housing through proactive engagement with the development industry, infrastructure providers and other key stakeholders. Working with officers across the planning function, the post holder will drive forward the delivery of allocated and permitted sites by finding creative and tailored solutions to unlock them, identifying and establishing new initiatives and making the most of funding opportunities." 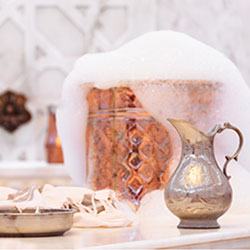 Fun fact: Harrogate, a spa town built on its health giving waters, is home to just one of three surviving 19th century Turkish Baths in the England (and reputedly one of justs even in the world).

Opened in 1897 as part of the larger Royal Baths complex, the baths were built by Baggaley and Bristowe of London at a cost of £120,000. They are noted for their Moorish design - replete with Islamic arches and screens - and for their colourful and elaborate decoration,which includes coloured glazed brickwork, painted ceilings and terrazzo floors.

These magificent interiors, long covered in plasterboard, were uncovered and fully restored in the early 2000s in a £11 million refurbishment of the listed building.

The job: "CPRE Kent is seeking a planning officer to join their small and dedicated team. We need someone who will work alongside staff, trustees and volunteers to help shape planning policy in Kent and beyond through participating in consultations and examinations of Local Plans, and to help engage with planning issues within Kent and Medway, and beyond.

"Ideally you will be a qualified planning professional with experience in both development control and strategic planning. Most importantly you will share our commitment to a future where the countryside is respected for its own intrinsic value, and where the development that we need contributes to sustainable communities that are fit for the 21st century, our collective response to the climate emergency and the need for a genuinely green recovery from economic downturn." 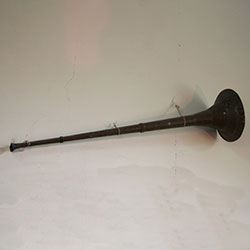 Fun fact: The 16th century Church of St Peter and St Paul in Charing has two claims to fame (one of them thoroughly debatable): first, it reputedly contains the block on which St John the Baptist was beheaded (allegedly brought to England during the reign of Richard I); second, it does in fact contain one of just eight surviving examples of a 'vamping horn'.

A what? A vamping horn. Anywhere between one and 2.5 metres long, vamping horns were a kind of early megaphone based on a medieval trumpet caled a shawm. They would have been used for public addresses, such as declaring banns of marriage, and allowed the speaker to be heard up to a mile away.

In churches, it's generally agreed that vamping horns were used to 'vamp up' the choir with the tune blown or hummed through the horn. With the advent of church organs they fell out of use.