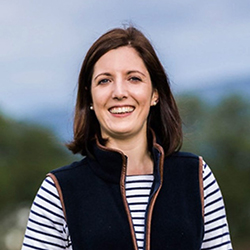 The Scottish Land Commission has appointed Harriet Donald to drive its regional land use partnerships in Scotland.

Donald joins on secondment from the Loch Lomond and the Trossachs National Park Authority (LLTNPA).

Hamish Trench, chief executive at the Scottish Land Commission, said: “The way that land is owned and used is central to some of the big ambitions in Scotland including climate action, productivity and a fair economy.

“Reforms to both land ownership and use are needed to unlock opportunities for inclusive growth and to make the most of our land for the benefit of everyone. Scotland’s 2030 and 2045 net zero climate targets depend on land use change and to deliver this we must do it in a fair and productive way.

“Working with partners, Harriet will look at the options for regional land use partnerships in ways that will connect across rural and urban Scotland, economic development, the planning and development system and placemaking.”

Donald said: “We know many people and organisations have supported the idea of regional land use partnerships for some time. I am looking forward to working with stakeholders to consider the structures and powers that the new partnerships will need to deliver the scale and pace of action required and encourage people to participate in local decision making about land.

“We have an opportunity to move forward and put in place partnerships that will have real influence and impact.”