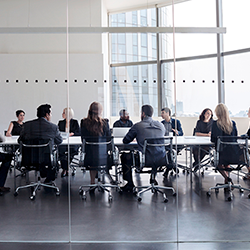 The International Federation for Housing and Planning (IFHP) has appointed Kate Henderson deputy president of its board. She is the chief executive of the National Housing Federation.

Henderson takes over from Dr. Cheong Koon Hean, CEO of Singapore’s Housing and Development Board (HDB), who served as IFHP deputy president since 2016.

Henderson said: “As we see affordable housing, changing demographics and social cohesion rise up the political agenda in countries right across the world the International Federation for Housing and Planning has a vital role in sharing experiences and good practice between countries and positively influencing policy at a national and city scale.

“The IFHP charter on creating better, safer and more inclusive cities for all resonates today more than ever as cities globally will expand with a billion more people by 2030. It is a privilege to become the deputy president of IFHP at this pivotal time.”