How to benefit from entering awards: Part two 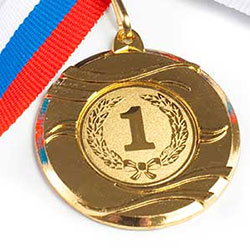 A variety of built environment awards are handed out every year by organisations such as the RTPI and RIBA. Is this just backslapping, or are there genuine benefits to be gained from entering projects for awards? David Blackman weighs up the pros and cons.

Is my project worth entering for an award

Some organisations enter every award process going, while others never trouble the judges. The danger of the latter course is that good work never gets the recognition it deserves. The flipside is that those who enter in a more scattergun fashion are seeking recognition for doing their job. So how do you know that your project is worth entering for an award?

Aled Lloyd, head of planning at the Snowdonia National Park Authority, felt that, although the authority’s Craig y Deryn primary school project was small-scale, it deserved wider recognition. The scheme on the edge of the village of Llanegryn had to overcome hurdles, involving as it did the consolidation of four existing schools onto a single site.

Its confidence boosted by winning the Wales Planning Award, the national park authority submitted an application for the 2015 UK-wide awards, in which it won the Excellence in Planning for Community and Well-Being category.

“We looked at the criteria in a detailed way and considered that we met them, which pushed us to go for it,” says Lloyd.

It may sound obvious, but focus on what the judges are actually asking for in the judging criteria. Another thing to bear in mind for those entering more than one award is that it’s not good enough to copy and paste from one form to another – the judges will notice.

Helen Martin, head of planning at Dudley Metropolitan Borough Council, says: “You can’t just simply resubmit, you have to totally unpick it. Everybody has different criteria, so you have to start from scratch. And always back up claims with evidence, especially when seeking to demonstrate innovation or a beneficial impact.

(2) Keep it simple
Make sure the submission is succinct, clear and easy to understand. Too many award entries are stuffed with corporate jargon. Aled Lloyd says Snowdonia followed this mantra when submitting its successful entry for last year’s RTPI awards. “We didn’t use too much planning jargon. We asked a non-planner to look at our submission, which was quite useful.”

(3) Don’t be put off
And if you don’t win first time, don’t give up. The trick is to learn from the process. Lloyd insists that it is worthwhile for any organisation, no matter how small, to enter for the RTPI awards. “Don’t be put off by the big authorities; small authorities have as much chance as anybody else. The criteria are relatively clear – go for it.”