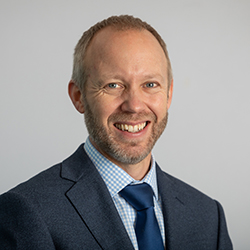 Linden Homes has appointed Andrew Rowe as its land and planning director for the South West region.

Rowe will be responsible for acquiring land for development and taking it through the planning process. He will be based at the region’s head office in Exeter.

He joins from Eagle One where he was most recently strategic planning director and also land manager at Blue Cedar Homes for the past seven years.

Rowe previously helped to secure outline planning permission for 900 homes as part of a 1,500-home urban expansion on the outskirts of Exeter. He then worked to deliver the scheme, selling parcels of land to a number of developers and ensuring key infrastructure was built.

Rowe said: “There is a strong demand for three to four bedroom family homes close to major towns and cities where people work, so we’re focussing on these prime employment-driven locations.

“According to the Greater Exeter Strategic Plan, 57,000 homes are needed between 2020-2040 in the Exeter area. There is an underlying demand and we are definitely part of the solution.”