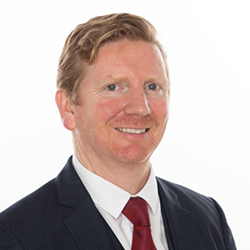 RenewableUK has announced that Dan McGrail will be its next chief executive, replacing the outgoing Hugh McNeal.

McGrail is currently the CEO of Siemens Engines and has been at the firm in several roles since 2004. He will take up his post in May.

As managing director of Siemens Power Generation from 2014 to 2017, he expanded Siemens UK’s activities in the thermal power market. He became CEO of Siemens Engines in November 2017.

McGrail said “I’m very excited to be taking up this new role representing over four-hundred of the most dynamic companies working in the entire energy sector. RenewableUK’s members are driving the energy transition faster than anyone could have predicted, from our world-leading offshore wind industry to onshore wind and innovative marine power, energy storage and renewable hydrogen. We’ll need all these technologies to get to net zero at the lowest cost for consumers, and I can’t wait to start working with RenewableUK members as they invest in projects across the country, create thousands of new jobs and grow the UK supply chain in the years ahead."

McNeal said: “We’ve come a long way in the last few years and wind energy is at the heart of our future energy system. RenewableUK is delivering for our members and I’m confident that it will go from strength to strength with Dan in charge."

McGrail, who graduated from Liverpool John Moores University in 2003 with a degree in international business studies and Spanish, is vice-chair of the Association of Decentralised Energy and served as chair of the association from 2016 to 2019.