Part 3: Are we seeing a revival of public sector planning?

There is plenty of catching up to do, however. For one, a revitalised role for the public sector planner requires a new approach to recruitment to ensure that the right people are brought in.

There are hundreds of vacancies in public planning departments across London alone, explains Williams. “Those vacancies are not being filled because there’s a mismatch between the traditional job descriptions of the development control or planning policy officer and the kind of planning that ambitious and creative practitioners want to do.”

“You’re looking at a different skill set for people coming into the profession,” says Negrini. “It’s not just about development control. What I look for in my planners is someone passionate about driving an agenda for what kind of place the borough should be, someone who is actually going out and talking to people, with an outward focus.”

Claridge notes that the new role of a public sector planner is rooted in breadth and creativity. “Being an all-rounder is very important. The ability to develop new initiatives and demonstrate good placemaking, to be creative, build and maintain different partnerships including those with the local community and lever in external funding, is essential.”

But public sector recruitment is a bit “one-size-fits-all” in terms of job descriptions and qualifications, observes Williams. And uncertain funding makes it a risk to invest in full-time employees. “Local authorities are currently forced to rely on agencies, contractors and consultants – but this means they’re missing out on building a sense of continuity, local knowledge and accountability,” he adds.

Public Practice aims to square the circle by organising year-long placements for ‘associates’ with planning and built environment expertise. The first cohort of 17 began in April 2018. Many came from private sector planning; half had never applied to the public sector before. “The associates felt that in the private sector, things were set,” says Williams. “Working in local government means they can work further upstream and have greater influence.”

“Innovation and ambition is absolutely there in local government. We’re just trying to enable it, and connect it to the right people"

Most of the expressions of interest for placements from local authorities were for brand new roles. Havering Council got its first in-house urban designer, and the authority is now restructuring to make the role permanent. “The work our associates are doing is building the case for this kind of local government capacity,” says Williams. Roughly twice the number of local authorities in the first round have come to Public Practice for placements in the second round, due to start this April.

“Innovation and ambition is absolutely there in local government,” says Williams. “We’re just trying to enable it, and connect it to the right people.” Part of the Public Practice programme includes bringing the participating councils together to share knowledge of common challenges and potential solutions – this will result in hands-on toolkits for local government.

A new perspective has also emerged from central government. In October 2018, Prime Minister Theresa May announced that her government was lifting the borrowing cap placed upon councils so that they could start building more housing.

“It’s the first time in 40 years that there has been a cross-party consensus that councils need to take a more active role in delivering homes,” says Williams. “There’s been a noticeable shift in tone since May came into power, from seeing public planners as part of the problem, to seeing them as part of the solution.” Morphet echoes the sentiment. “I do think that attitudes are changing to the public sector again. Government isn’t calling us the enemies of enterprise anymore.”

Negrini, though, is more cautious. “We’re moving into some tricky times,” she says, referencing Brexit and the pressures on public budgets. “We can’t yet breathe a sigh of relief.”

One key step to support the revitalisation of the public sector is creating awareness of public planning as a dynamic and rewarding career. “There’s a lot more we could be doing to promote planning as a great profession, and improve the interface between marketing and recruitment,” says Negrini.

Profile matters. Leaders who are also planners can make a difference to the way they profession is perceived – by council colleagues, politicians and the wider public, including potential planners.

With the rise of the public sector planner comes the growth of opportunities within the role and within authority leadership structures. “I think more planners will become chief executives of councils,” she adds.

The RTPI is already pressing for this, with a campaign to increase the number of planners sitting on strategic leadership teams in local authorities. There are already good role models around the UK, but many more are required – not least because of the strategically important function that planning can play in the shaping and delivery of public goods.

There are already good role models around the UK, but many more are required - not least because of the strategically important function that planning can play in the shaping and delivery of public goods.

Planners have a key part in ushering in change.

“It’s our role, as planners who have worked in the public sector longer,” says Negrini, “to provide an environment with creativity and opportunity for the next generation.” 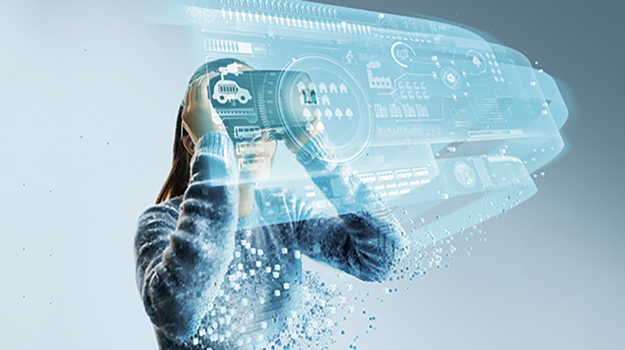