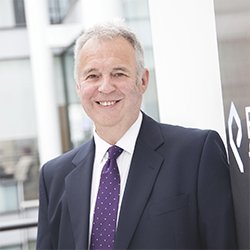 Places for People, a placemaking and regeneration company, has announced its chief executive David Cowans will retire on 31 March 2022.

Cowans, who will turn 64 on his retirement, will continue to lead the group and support a planned transition process over the next 12 months.

He has been responsible for the expansion and growth of the company, which now manages 200,000 homes across the country.

Richard Gregory, chairman of Places for People, said: “The group will owe David a huge debt when David retires, as he will leave behind a legacy creating one of the country’s leading affordable-led placemakers. The strength in depth of the senior leadership team which David has assembled and handing over a business that is in very good shape, are his final legacy and a great way for a CEO to bow out.”