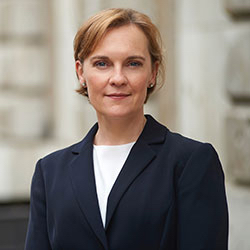 Thornton, who will combine her judicial responsibilities with full-time practice at 39 Essex Chambers, has been appointed on a four-year term on the recommendation of the Judicial Appointments Commission. She is expected to sit in the Royal Courts of Justice in London for approximately 30 days a year.

Thornton was appointed Queen’s Counsel in 2016 and is also a visiting professor of law at University College London and an editor of the Journal of Environmental Law.

“It is an honour and privilege to be appointed to the judiciary.  I look forward to public service and my role in upholding the rule of law,” she said.