A round-up of five of the best and most interesting town planning jobs on Planner Jobs this week. And some fun* facts for you.

* Facts may not be fun, as advertised. They may not even be facts.

The job: "This is an exciting career development opportunity for someone with experience in development management and the enthusiasm to move into a management role in the future.

"There are plans for the delivery of new homes and new schools in Sutton and the London Cancer Hub is being developed, while the Council is also seen as a driving force within the South London Partnership of five outer south west London boroughs focused on strategic growth, regeneration and investment. 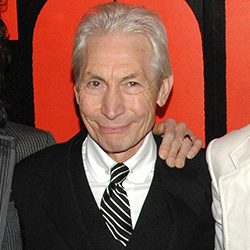 Fun fact: Charlie Watts, the Rolling Stones drummer who died on 24 August aged 80, became a permanent member of the band at the Red Lion pub in Sutton on 23 January 1963. Bassist Bill Wyman was also signed on the same evening.

The band, who were based around south-west London, played several early gigs at the South London pub. Following one of these, the music manager Giorgio Gomelsky signed them up for a residency at the famous Crawdaddy Club in Richmond. Within months they were in the charts and, remarkably, are still performing close to 60 years later.

Watts modelled himself on jazz, rather than rhythm and blues or rock, drummers and toured with his own jazz band while remaining a member of the Rolling Stones. He was also a graphic artist and had been working in this field when the Stones persuaded him to join them permanently. Throughout his career with the band, Watts took a leading role in the design of album sleeves and stage sets - in addition, of course, to providing a deceptively simple backbeat for the band.

The job: "To be the technical lead on all enforcement matters and other allied legislation across the borough, covering both planning and building control, with specific responsibility for the allocation/ and signing off of all related enforcement cases and enquiries received, and the checking and authorisation of all planning enforcement related legal notices.

"Sitting in the heart of Shropshire, Telford is the gateway between the Midlands and Wales. Rich in heritage and natural beauty, the borough has a vibrant town centre that’s currently expanding and a 450 acre town park with numerous leisure facilities." 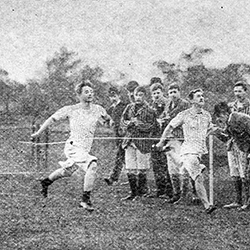 The Shropshire Olympian Games were the creation of Olympic revivalist Dr William Penny Brookes, who was born and lived in Much Wenlock (just outside Telford and Wrekin District). A social reformer, he believed strongly in the benefits of regular physical exercise and campaigned for many years to have physical education added to the school curriculum. The games themselves emerged from an 'Olympian class' linked to the Wenlock Agricultural Reading Society, co-founded by Brookes to improve the education of working-class men and women.

In 1890, he invited Baron Pierre de Coubertin, the organiser of an International Congress on Physical Education, to Much Wenlock, where a meeting of the Wenlock Olympian Games was held in de Coubertin's honour. Inspired, the baron went on to set up the International Olympic Committee in 1894, which organised the Athens 1896 Olympic Games - the first modern Olympics.

"This role is key to the success of the planning department ensuring that all applications are processed accurately.

"You will manage your own caseload, dealing with a variety of applications, as well as pre-application enquires. You will need to be well organised with a commitment to accuracy and meeting deadlines and you will be allocated a dedicated senior officer to help mentor you and enhance your planning skills."

"Our principal planners are part of the development management leadership team and assist to improve the quality of the service, procedures and performance. In this role, you will deal with the most complex and strategic applications and other members of the team will look to you for inspiration and guidance in the processing of planning applications.

"You will act as a lead officer for development control committee and you will have some delegated powers for planning and other decisions." 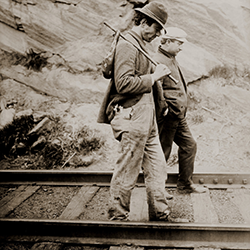 Fun fact: W H Davies, the Welsh 'tramp poet' (so-called because he lived as a tramp in Britain and North America for much of his early adulthood) lived for several years in Sevenoaks, Kent (post tramp-hood).

Born in Newport in 1871, Davies lost both parents early and was raised by strict grandparents. Always an imaginative child with a wayward spirit, he started writing poetry at 14. At 15 he was apprenticed to a picture-framer and, finding it not to his liking, took off and started his travels.

From 1893-1899 he criss-crossed between the United Kingdom and the United States, living as a hobo and a drifter, hopping trains, doing seasonal work and spending winters in jails. In 1899 he slipped while jumping on to a train and lost his foot beneath its wheels.

This accident, necessitating an amputation of his lower leg, "took the wildness" out of him and he returned to the UK, to dosshouses and a life of writing and self-publishing poetry when he could. Gradually his reputation grew and, with it, his supporters, and he was able to live a more settled life - including some years at Sevenoaks from 1907, where he wrote Autobiography of a Super-Tramp, the book that made him famous.

From this point, he mixed with London literati, published regularly and broadcast on the BBC. He even married and lived in a variety of places with his wife before settling in Gloucestershire. He died in 1940, aged 69. 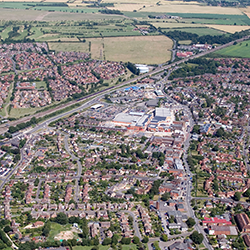 Fun fact: In 2017, researchers named Didcot, within South Oxfordshire, the "most normal town in England". The researchers, from ASI Data Science, were inspired by the 1947 James Stewart film Magic Town, in which a pollster believes he has found a town that perfectly represents national opinion.

For their own research, ASI drew on Office for National Statistics and census data to understand towns across England through metrics that included age, ethnicity, marital status, property ownership, employment, Euroscepticism, the 2015 Election vote share, income, and house prices.

Didcot, they believed, most accurately represented the English 'median' across lifestyle, opinions and experiences. In other words, it was the most 'normal' town in England, followed by Droitwich Spa in Worcestershire, Bath Road area in Worcester and Southwick in West Sussex.

The job: "Our busy development management team processes in excess of 1,500 planning applications of all types each year, with the purpose of protecting the character of the area, creating healthy and sustainable communities and strengthening the economy. An opportunity has arisen to lead our team of planning officers in delivering these aims.

"We are looking for an experienced and confident planner with a proven track record of leading on and delivering high quality development that maximises the benefits of development for residents. The successful candidate must be well-organised and self-motivated with the ability to work under pressure. You must have excellent communication and negotiation skills and the ability to ensure our team delivers a high quality service to our customers. We would expect the successful candidate to have had at least five years’ development management experience at a senior level." 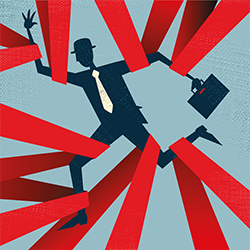 Fun fact: The town of Wirksworth within the Derbyshire Dales was at one time the literal source of the red tape surrounding English bureaucracy: a factory in the town produced the red ribbon that was used to bind particularly important government documents.

This practice - of tying high priority documents with red tape - is thought to have begun with the 16th century administration of Charles V, King of Spain and Holy Roman Emperor, who needed a way of distinguishing the most important dossiers requiring immediate discussion by his Council of State from those that could be dealt with by ordinary bureaucracy. The latter were bound simply with string.

The practice caught on and 'red tape' eventually became a euphemism for bureaucracy that is usually considered to be obstructive in some way or another. By the 19th century, Charles Dickens was writing in David Copperfield about "Britannia... bound hand and foot with red tape".

The majority of the red tape used by the British government was produced in two cotton mills in Wirksworth - Haarlem Mill and Speedwell Mill - that specialised in weaving tape. At their peak, the mills employed more than 200 people and their weekly output was said to be equivalent to the circumference of the Earth. Nowadays, Haarlem houses an art collective; Speedwell is private housing and a carpentry workshop.