Here's this week's round-up of five of the best jobs for planners on Planner Jobs this week. With additional fact related material to aid your pub quiz performance.

The job: "This post is initially a 12-month limited term contract, with a view to extend subject to future funding. It will be your responsibility to manage and motivate staff from different teams both inside and outside the organisation to deliver projects to time and budget. You will lead on one or more projects - initially these will be area based masterplans delivered by consultants with your guidance and oversight.

"You will provide expert advice to customers on issues, risks and project progress. You will produce reports and analyse complex data so our customers receive accurate, up to date reports and data. Working closely with suppliers and partners, you will negotiate and manage projects that meet business needs and service standards. You will lead or support the activities of the Project Management Office and ensuring that monthly highlight reports are completed." 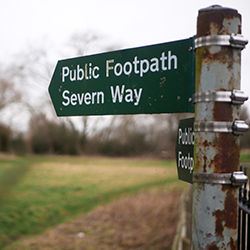 Fun fact: At 224 miles (some sources say 210), the Severn Way is one of the longer long-distance footpaths in the United Kingdom. Beginning at the river's source at Plynlimon, the waymarked footpath tracks the route of the Severn through Powys, Shrewsbury, Shropshire, the Severn Gorge, Worcestershire, Gloucestershire and onto Bristol, via the Avon Gorge.

The UK is criss-crossed by long-distance footpaths, some thought to be thousands of years old, and the Severn Way is by no means the longest. That honour goes presently to the Celtic Way (also in Wales and the South West) which comes in at 725 miles. Then there's the 630-mile long South West Coastal Path.

Both are set to be dwarfed, though, by the huge undertaking that will be the England Coastal Path. This is opening in stages and when complete, will extend a massive 2,795 miles. That's some stroll...

The job: "We are looking to make two new appointments to the role of planning officer, one in the development management team and one in the planning policy team.

"The council receives a broad variety of proposals across the borough, with wide-ranging opportunities for development, along with many high-level constraints providing interesting challenges for decision making. We need the development management officer to determine a range of planning applications for development types of varying complexity across the borough. You will also be required to provide excellent pre-application advice to applicants, developers and architects and provide professional advice to all customers and elected members.

"The post holder joining the policy team will be doing so at exciting time providing support in the process of adopting the local plan and will also assist in the preparation a design brief for one of our strategic sites." 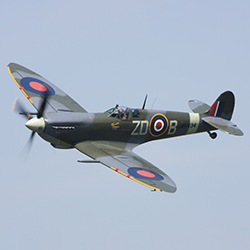 Fun fact: King's Hill is a new town, built in phases since 1989 on the site of the former RAF West Malling. Initially used as a landing area during the First World War, the aerodrome subsequently became home to the Maidstone School of Flying, then Maidstone Airport, before being commandeered by the armed forces in 1939.

Because of its location, the airfield was strategically important as a base for bombers and fighters during World War Two. Among others it hosted the famous 'Dambusters' No.29 Squadron and, in 1944, No.322 Squadron - Spitfires tasked with intercepted German V1 'Doodlebug' flying bombs headed for London.

The site's history is remembered in the town via street names with aeronautical associations, such as Typhoon Road, Mosquito Road and Lancaster Way, and by a pub called The Spitfire. A web search suggests this is actually one of very few pubs in the UK so-named - with others being in Southampton, Southport and Sheffield. The King's Hill Spitfire is owned by local independent brewery Shepherd Neame which brews a popular amber ale called... Spitfire. Of course.

The job: "This is your chance to be part of the growth and infrastructure unit, a busy and ambitious team that is flexible, responds quickly to change and is never complacent. You’ll be taking on a diverse range of projects which promote Hertfordshire as an innovative, efficient authority with a commitment to helping to keep people healthy and safe and growing the economy. 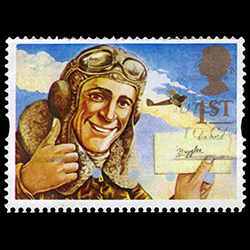 Fun fact: Continuing the RAF theme, Hertford is the birthplace of Captain W E Johns, First World War fighter pilot (though only briefly) and author fo the famous and popular Biggles series of books about the colourful adventures of... an RAF fighter pilot. Johns, in fact, wrote more than 100 Biggles stories, alongside at least 60 other works of fiction and non-fiction, including books on aviation (no surprise) and gardening (OK, quite surprising).

Johns was born William Earl Johns in Bengeo, Hertfordshire, in 1893. He nursed an early ambition to be a solider and became a crack shot with a rifle. But, on leaving school at 14, was apprenticed to a municipal surveyor before being appointed a sanitary inspector in Norfolk in 1912. Here he enlsited in the Terrirotial Army which was mobilised for War in 1914 and Johns found himself at Gallipoli. By 1917 he was in the Royal Flying Corps, where he became an instructor. A perilous business, Johns was involved in multiple crashes before he was sent into action late in the war. After just six weeks he was shot down and taken prisoner by the German military.

Post war, he remained in the RAF as a recruitment officer and, in 1922, began a prolific writing career that lasted until his death in 1968. After a fairly peripatetic life that also took him to Newcastle and Lingfield, Johns spent his last years living near Hampton Court.

Location: Any FC office, with regular presence in Bristol and travel nationwide

The job: "Forest Services, as part of Forestry Commission, are the government’s forestry experts. We advise nationally and locally on how to unlock the full potential of woodlands and support the forestry sector to protect, improve and expand England’s valuable woodland assets.

"Within Forest Services, the multi-disciplinary policy and advice team helps Defra and other government departments to develop forestry and woodland policy that works. This role will focus on the interface of the planning sector and development with trees and woodland. It will help ensure that the benefits of trees and woodlands are recognised and utilised in a time of significant planning reform, helping the land management, planning and development sectors respond to net zero carbon and nature recovery policies." 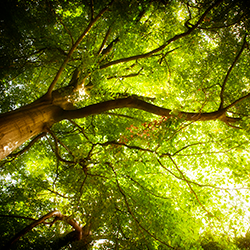 Fun fact: According to the Forestry Commission's own 2020 figures, woodland coverage in England reached a 700-year high of 10 per cent last year. it's been in steady decline since the mid 14th century as a result of shipbuilding, colonialism and general warmongering. Indeed, the Forestry Commission was founded in 1919 in part to reverse the woodland losses caused by the First World War - by 1924, woodland coverage in England had reached a low of just 5 per cent.

It's a similar story in Scotland, Wales and Northern Ireland. In Scotland, woodland coverage was as low as 4 per cent at one time but has now recovered to 19 per cent, for example. Overall, there's around 3.2 million hectares of woodland in the UK as a whole, representing around 13 per cent of the total land area.

This is still considered to be too low and afforestation and reforestation are considered national priorities - primarily for nature recovery and biodiversity and all the ecosystems services that trees can provide (such as improved soil health and resistance to flooding).

A considerable proportion of the Forestry Commission's woodland has been planted with conifers, some non-native and much in areas where boradleaf woodland would have occurred naturally. the driver for this is that the Commission was also given a strong commercial brief in its early days and conifers are a good commercial crop - but the Commission has been criticised over the years for allowing its plantation to become a monoculture lacking in biodiversity and visual appeal.

More recently, amenity and biodiversity have been added to its priorities and the Commission - along with its counterparts in Scotland, Wales and Northern Ireland - is among a number of organisations at the vanguard of reforestation for improved ecosystems in the UK.

The job: "We are now looking for a planning officer to join our compliance team at our offices in Penrhyndeudraeth. As a planning officer, you will review planning applications, procedures and processes and provide advice to our organisation on impact, legislation and relevance.

Specifically, you will deal with the end-to-end planning application process, investigating, processing and amending all documentation. 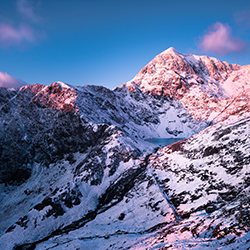 Fun fact: As recently reported in the national press, Snowdonia National Park has tasked a working group to look into whether the mountain at its heart and the park more generally should be known only by their Welsh names - Yr Wyddfa for the mountain and Eryri for the region around it.

Obviously, it's a sensitive issue and campaigners have long called for the abandonment of the English names in a move that would reflect the return of Uluru (Ayers Rock) to its Aboriginal name. There is also a campaign to revert to the Tibetan name Chomolungma for Mount Everest.

The Welsh name Yr Wyddfa (pronounced ur-with-va) means grave or burial mound and is thought to refer to the legend of the giant Rhita Gawr buried there after battle with King Arthur. Eryri had been though to refer to eyrie, an eagle's nest, but more recent scholarship points to its orgin in the Latin word 'oriri' meaning 'rise'. The path of language development is not a straightforward one, eh?

In any case the Snowdonia National Park authority has created a 'Welsh placenames task and finish group' to look at the issue. The Guardian newspaper reported one campaigner at the time saying: "“I wonder if people in England can imagine renaming the Arc de Triomphe ‘Happy Days Arch’, or the Acropolis as ‘Temple Mount’? Enjoying the living culture is part of the experience of visiting a country, and this is as true of Cymru as any other country. Not only is Snowdon ‘Yr Wyddfa’ but our country is ‘Cymru’ (land of the comrades) not ‘Wales’ (land of the outsiders).” Since you put it like that...