Five of the best opportunities advertised on Planner Jobs this week.

“As part of the growth and infrastructure team, you will lead on a varied work programme primarily focussed on facilitating the delivery of high quality infrastructure initiatives, strategies and analysis for the Isle of Dogs and South Poplar Opportunity Area, including the expansion of Canary Wharf.” 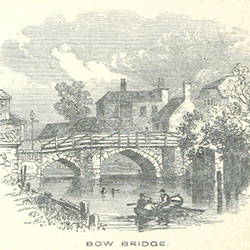 Fun fact: The name Bow is derived from a 12th-century bowed bridge that was built across a ford on the old Roman road between London Bridge and the Roman capital, Colchester. The story goes that in 1110 Matilda, the wife of Henry I, took a tumble while crossing the ford over the River Lea at Stratford (meaning ‘paved way to a ford’) and ordered a bow-shaped, three-arched bridge to be built to prevent future accidents.

"The area then became known as Stratford of the Bow and Stratford-atte-Bowe which, in time, was shortened simply to Bow. Students of Chaucer will note that the Nun Prioress, as described in The Canterbury Tales, appeared to have spent time at St Leonard’s Priory at Stratford-atte-Bowe, where she learnt to speak French “daintily” - with a Cockney accent.

The bridge nowadays is a multi-laned flyover that spans both the Lea and the Blackwall Tunnel approach road.

“The senior CIL and S106 officer will work on high-profile development casework across both boroughs, providing comprehensive professional advice to colleagues and senior managers, and liaising with developers and residents. You will have responsibility for ensuring the councils comply with legislative requirements in administering and collecting CIL and monitoring S106 planning obligations. You will have the opportunity to coach, motivate and lead junior members of the team in both CIL and S106 matters, supervising the day-to day tasks of the team to ensure delivery of an excellent service.” 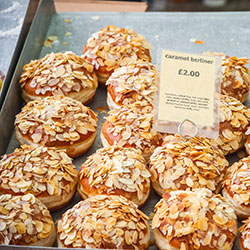 Fun fact: Richmond is home to an established and thriving German community, centred around the German School at nearby Ham. In addition to the school, founded by the German government in 1971, there are several German influenced eateries in the vicinity, including the wonderfully named Hansel and Pretzel delicatessen.

The German presence in the area dates back to at least the late 19th-century. Notably, Sir Max Waechter, a naturalised German businessman who lived on Richmond Hill (now, famously home to more than one big name rock star from the 60s), played a major role in the preservation of the serene riverside views around Richmond and became High Sheriff of Surrey in 1902. Prost! Zum Wohl!

The job: “We are at the heart of a regeneration and change as London moves east. The regeneration and growth team is gearing up for growth and are looking to attract an ambitious planner capable of leading on a range of applications.

“This role is key for the delivery of the council’s strategic corporate priorities. 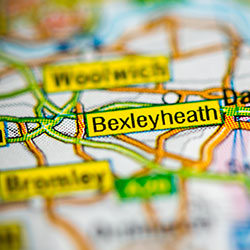 Fun fact: Bexleyheath’s famous residents are numerous and diverse, ranging from gangsters (Lennie McLean, Kenneth Noye) to actors (Roger Moore, Shiela Hancock) and a former Canadian Prime Minister (Charles Tupper). But it was also the birthplace and home of one of Britain's most surprising and original singer-songwriters, Kate Bush.

Born in 1958 (and coincidentally sharing a birthday with Emily Brontë), Catherine Bush grew up at East Wickham Farm House in Welling and came from a musical family. Having taught herself to play piano from the age of 11, she began composing her own songs early - many of her early hits were written when she was barely a teenager.

Her first single, the extraordinary Wuthering Heights, was released when she was just 19 and reached number 1 in the UK charts (and elsewhere). Bush herself has continued to make surprising, experimental pop ever since, and her fans have included John Lydon, Prince, Paul Weller and British Prime Minister Boris Johnson, who declared Bush one of the five most influential women in his life in an interview with Grazia magazine earlier this year. Make of that what you will.

The job: “We are seeking an enthusiastic planner to join our busy development management team where you will play a major role in the development of Northampton and to deliver the borough’s planning service.

“You will help support management and process major planning applications to shape a variety of environments, from town centre regeneration, housing estate renewal through to large greenfield sustainable urban extensions.” 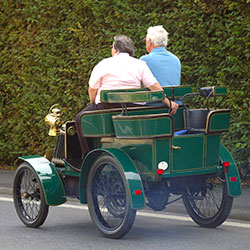 Fun fact: The first recorded car chase in Britain took place in Northampton on 17 April, 1899. The story goes that a Frederick John Philips was visiting local shops claiming to be an agent of the famous Barnum and Bailey Circus, which was coming to town on 1 May. Phillips offered the shopkeepers a free ticket for the circus in return for displaying a publicity poster in their window.

The catch? According to the Northampton Chronicle, “If they agreed, he’d come back later with the posters but, just to keep his books in order, he asked them for a deposit which would be refunded when they went to the box office.”

A suspicious shopkeeper alerted local policeman, who commandeered one fo just three cars in the town for a pursuit of the miscreant, who was hightailing it outta there. The 3.5 horsepower Benz apparently reached speeds of up to 15mph as they finally caught up with the conman on the outskirts of town. Read the full story on the Northampton Chronicle and Echo website.

The job: "Wrexham County Borough Council is looking to recruit a planning officer to primarily work in development management and will be expected to deal with a wide and varied caseload. The post also provides an opportunity undertake policy related work as and when required although the main emphasis of the role will be in development management.

"Located on the north east border of Wales with England, Wrexham County offers a dynamic and diverse mix of urban and rural life with Wrexham being the largest town in North Wales. Accommodating new growth in the County will be a challenge and we are looking to recruit an experienced Town Planner to help shape the sustainable future of the county." 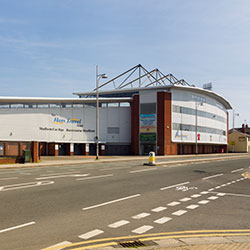 The club was formed in October 1864 by members of the Wrexham Cricket Club who wanted a winter sport to keep them active hen not playing cricket. Their first game was played on 22 October that year against the Prince of Wales Fire Brigade.

This first game was played at the same ground the club occupies now - the Racecourse Ground which was formerly a cricket ground. The ground remains the oldest current stadium to host international football matches - having held Wales' first home international match in 1877.

Wrexham have won the Welsh Cup a record 23 times. Perhaps the club's most famous result, however, was the giant-killing victory against English champions Arsenal in the 1992 FA Cup.