A round-up of the best, most interesting and unusual jobs on Planner Jobs this week

Council offices next door to the livestock market and juts over the River Trent from Newark town centre, Notts.

The job
"You will be involved in a range of projects including the review of the allocations and development management DPD, development of SPDs, supporting neighbourhood plans and regeneration projects.

"Newark and Sherwood District Council is a dynamic planning authority, with a programme to deliver growth in the context of a fantastic historic and natural environment. Our diverse district offers opportunities to become involved in a range of different areas of planning practice working with officers across the council and the community."

The largest district in Nottinghamshire, Newark and Sherwood is mainly rural and includes the ancient Sherwood Forest, as well as the three towns of Newark-on-Trent, Southwell and Ollerton.

Sherwood Forest is home to the Major Oak, an oak tree thought to be 800-1,000 years old that is reputed to have been the hideout of the legendary outlaw Robin Hood. Since the Victorian era, its limbs have been supported by elaborate scaffolding.

An ancient woodland that has been dated to the end of the last glacial period, the forest is home to a number of very old oak trees, but has shrunk considerably since its Medieval heyday. At the time of the Domesday Book it covered a quarter of Nottinghamshire. Nowadays it's a mere 423 hectares.

Purpose built offices in the heart of the pretty town of Godalming, in Surrey.

"This is an exciting opportunity to join a vibrant, high performing planning team. You will have the opportunity to work on a rewarding range of complex planning applications in some of the most beautiful parts of the South East of England."

Waverley is a mid-sized borough in the south west corner of Surrey that encompasses the towns of Godalming, Farnham and Haslemere, large village of Cranleigh and a number of smaller villages. Arguably the most prosperous council area in the United Kingdom, it has pretty settlements, attractive countryside and, being a desirable place to live, is subject to considerable housing and development pressure.

Jack Phillips, the radio operator of RMS Titanic, was born and lived in the village of Farncombe in Waverley. Famously, he remained at his post as the Titanic sank, sending repeated distress calls.

Phillips had learned telegraphy at Godalming Post Office and subsequently graduated as a wireless officer with the Marconi Company. Having worked on several ships, he got the plum role of wireless operator for the Titanic's maiden voyage.

On the evening of 14 April 1912, Phillips was caught up clearing a backlog of passenger messages that had accumulated during a wireless breakdown the day before. While engrossed in the task, he is said to have delayed passing on incoming warnings from other ships about ice floes in the Titanic's path. Some consider this a major contributor to the ship's demise.

Phillips has a section of the Godalming Museum dedicated to him, as well as a memorial fountain. The local Wetherspoon's is named after him, too (no jokes about Tim Martin, Brexit and going down with sinking ships, please).

Southend Civic Centre, a recently refurbished and striking Modernist building opened by the Queen Mum in 1967.

"The council is looking to appoint a policy planning officer to deliver their direction on strategy and policy for the Southend new local plan. This is a rare opportunity to join the council as a policy and strategy planner with career development on offer and the ability to become a chartered town planner. You will be involved with projects which will truly shape the future of Southend as a place, helping to deliver towards the Southend 2050 ambition."

A unitary authority in Essex, some 40 miles east of central London, the borough centres on the seaside town of Southend-on-Sea and is the seventh most densely populated area in the UK outside of London.

At 1.34 miles, Southend Pier is the world's longest leisure pier and a grade II listed building. The current iron pier was opened in 1887, though there had been several iterations of a wooden pier since the early 19th century.

Mudflats are the reason for its length: In the early 19th century, Southend was growing as a seaside holiday resort. However its coastal mudflats mean the sea is never very deep even at full tide and recedes over one mile from the beach at low tide. Hence, large boats were unable to stop at Southend, meaning the town lost potential visitors.

To counter this, local dignitaries pushed for a pier to be built. The first, at 180m, was too short and had to be extended. It got longer and longer until a decision was made to replace the wooden pier with an iron structure, which still exists today.

4. AS SEEN ON SCREEN

Various locations in Torquay, Paignton and Brixham, in Devon.

"The service manager will be responsible for the development management team, including planning enforcement, guiding officers and advising members in both the strategic direction of the team and the growth of Torbay.

"They will take on a wide range of projects and work with senior managers in Torbay on a review of the processes and procedures within development management, to ensure that the team provides an excellent customer service."

Torbay is a coastal district that spans the south Devon towns of Torquay, Paignton and Brixham around a natural harbour. Its mild climate, relative affluence and popularity as a tourist destination have led it to be nicknamed the English Riviera.

The Torbay Picture House in Paignton, opened in 1914, is believed to be Europe's oldest surviving purpose-built cinema. It was a favourite haunt of Torquay born crime writer Agatha Christie, whose preferred vantage point was Seat 2 Row 2 of the circle.

Christie is reputed to have based numerous theatres and cinemas within her books on the Picture House. It has also been used as a location for several films, including the French Lieutenant's Woman (1981) and Ordeal by Innocence (1984).

The grade II listed Picture House was closed in 1999 and is currently owned by Paignton & Dartmouth Steam Railway. Its future is uncertain, with one plan to revive it as a heritage cinema. 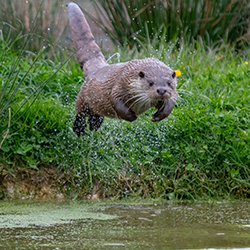 "As the planning officer, you’ll provide advice and guidance on planning-related matters to applicants, agents, the public, authority members and parish/town councils.

Dealing with a range of development management casework, you will:

"Dartmoor National Park Authority is the body that oversees the vibrant, living, working landscape and community that is Dartmoor.

"With the iconic Dartmoor Ponies, breath-taking Tors and beautiful villages, we work to conserve and enhance Dartmoor, supporting the associated businesses and communities in partnership with local and national stakeholders."

As the largest and highest upland in southern Britain, and relatively undisturbed by intensive agriculture, Dartmoor is home to a wide variety of species and habitats, including some very rare plants and animals. Among them are nationally rare birds such as the ring ouzel and the cuckoo; marsh fritillary butterflies; the world's largest land slug, the ash black; and a wide variety of mosses, liverworts and lichens.

The most playful creature you might encounter, though, is the Eurasian otter. Once victim of pesticides, pollution, hunting and habitat loss, it had almost disappeared from the UK by the last decades of the 20th century. Determined conservation efforts, aided by the European Habitats Directive, have seen a an impressive recovery and it's once again present in every English county.