A round-up of five of the best jobs on Planner Jobs this week - along with some 'fun' facts about each location.

The job: "The Government of Jersey has embarked upon a review of its land use plan: The Island Plan. The development of the draft Island Plan is well underway, with a public consultation on the draft plan due to take place in Spring 2021, followed then by an Examination in Public process.

"An invitation to tender has now opened, seeking to secure a team or consortium of Planning Inspectors, together with supporting officers, to lead the Examination of the draft Island Plan.

"This is an exciting opportunity to play a key role in ensuring that the draft Island Plan is adequate, and will further the sustainable wellbeing of islanders by protecting the environment, sustaining a vibrant economy and ensuring that the needs of the community can be adequately met." 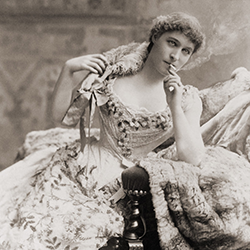 Fun fact: Lillie Langtry – famed Victorian socialite, actress, producer and mistress of the Prince of Wales (among many others) – was a Jersey girl who was conversant in the Jersey language, Jèrriais, a variety of the ancient Norman language.

Born Emilie Charlotte Le Breton in 1853, she was known as Lillie from childhood and married an Irish landowner Edward Langtry in 1874. From here they moved to London where she quickly became established as a fixture in society and celebrated as a young woman of beauty and charm.

Among her lovers in the ensuing years, reputed and confirmed, were the Prince of Wales, Prince Louis of Battenberg, the Earl of Shrewsbury, American socialite Frederick Gebhard and possibly even William Gladstone. She became a stage actress, racehorse owner, theatre producer and celebrity endorser of Pears Soap, counted Oscar Wilde among her friends and inspired numerous portrayals of her life and personality in film. This remarkable woman died in Monaco in 1829 at the age of 75.

The job: "John Spain Associates, a leading town planning consultancy based in Dublin city centre, has an excellent opportunity for a talented and ambitious town planner looking to take the next step on your career path and join our team as a senior planner.

"Our ideal candidate will have at least 3-5 years post qualification experience and be keen to work with a wide variety of interesting clients on a varied range of commercial, residential, and mixed-use schemes." 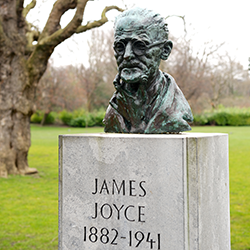 Fun fact: Dublin, unsurprisingly really, is a UNESCO City of Literature and was just the fourth to be given such a designation in 2010 after Edinburgh (2004) and Iowa and Melbourne (both 2008). There are now 39 such cities around the world.

The idea behind the designation is to mark the contribution of each city to literature in various ways – through its artists, book festivals, publishing industries, and so on. The literary credentials of Dublin can hardly be doubted; this is a city steeped in the written word and almost embarrassingly endowed with writers of the first rank.

Among them are James Joyce, Jonathan Swift, W B Yeats, George Bernard Shaw, Bram Stoker, Samuel Beckett and Oscar Wilde. Women are often overlooked in such lists, but the list of woman authors from Dublin is extensive, too, and includes the likes of Iris Murdoch and Maeve Binchy.

The job: "The post holder will hold the principle responsibility for the delivery of the Rugby Borough Local Plan and associated planning policy documents. Leading a group of dedicated staff to deliver our local development scheme, you will have a key role in driving forward our new Corporate Plan, shaping the future of the borough and ensuring our communities continue to prosper.

"Working directly with the Head of Growth and Investment, this is a pivotal role in bringing forward key infrastructure and investment sites, including the SW Rugby urban extension, Ansty Park and essential regeneration within Rugby town centre. In addition, you will be instrumental in shaping our climate change and sustainable transport agenda with key partners." 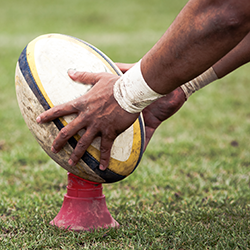 Fun fact: The town of Rugby – or rather the public school situated in the town – famously gave its name to the sport of Rugby Football, having produced the first set of codified rules in 1845.

Football had existed in various forms throughout Britain and Europe for a very long time before Rugby School formulated and popularised its rules. Legend has it that the game as we know it today was born in 1823 when a Rugby School pupil, William Webb Ellis, broke the rules by running with the ball.

This can't be proven one way or another, but what's certain is that a running game, as opposed to a kicking game, emerged at the school during this period and became the basis of a standard set of rules that were picked up elsewhere. In 1871 these formed the basis of the Rugby Football Union and in 1895 the game split into two 'codes' – Rugby League (professional) and Rugby Union (amateur) – which are both still played today.

A different variation of the sport of football became what we now know as Association Football, or 'soccer' for short (then there's Gaelic Football, American Football, Australian Rules Football, and so on and so on).

The job: "As well as all aspects of plan-making you will also be responsible for the preparation of other policy documents including supplementary planning documents and design guides and infrastructure planning. You will also contribute to the development of wider council strategies and work with neighbouring authorities on cross boundary strategic issues. Ideally you will be someone who has good experience of working in planning policy in a local authority environment.

"We are a small team of planners and conservation specialists. You will also play an important role in the development management process, as we apply a development team approach to major planning applications and pre-application enquiries." 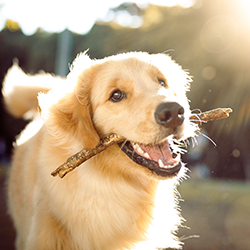 Fun fact: The town of Malton in North Yorkshire (pop. 4,888) was named the UK's Most Dog Friendly Town in 2018, in an awards contest supported by the Kennel Club and voted on by 37,0000 people. It replaced Keswick, a multiple winner of the accolade.

Why? According to the Daily Mirror, there's the Cuddle Café, "an entire entire café dedicated to helping relieve dogs of stress - by encouraging visitors to give them plenty of cuddles"; most of the businesses are dog-friendly, including a local gym and estate agent (which has a doggie crèche); and quite a few have resident dogs. There's also plenty of dog-friendly accommodation for visitors.

The DogFriendly Awards report that there are around 9.4 million dogs in the UK and the Kennel Club cites surveys that report that people associate dogs with an improved atmosphere in the places they visit. Malton is up for the dog friendly town award again this year and the winner will be announced tomorrow (5 December)!

The job: "We now need an exceptional planning research specialist to fill a crucial role at one of the most exciting authorities in the country. You will need to be ambitious, dynamic, a natural leader and inspiring to work with for our team, key stakeholders and local communities.

"The role will include leading on the key projects, co-ordination of development viability and monitoring processes, managing a team working on a variety of interesting and challenging projects as well as progressing the new local plan. Recent experience of representing evidence at planning appeals and local plan examinations would be an advantage." 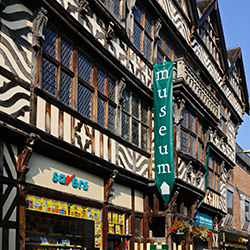 Fun fact: The Ancient High House in the main street of Stafford is the largest timber framed town house and one of the finest Tudor buildings in England. Constructed in 1595 from local oak, it was built by the Dorrington family and has – as you would expect – an extensive history.

Among other things, Charles I made the house his temporary headquarters en route to Shrewsbury at the outset of the English Civil War in September 1642. It was later used as a prison by Parliamentarians, after they captured the town.

Victorian renovations weakened the structure, leading to fears it may be demolished, but it was saved by fundraisers by local people. Nowadays the house is a historic house museum, with furnishings and displays from the Civil War, Victorian and Edwardian eras.