The Friday Five - your weekly dose of planning jobs and pointless factifying. Enjoy.

The job: "We are looking for someone to lead the major developments team for the next phase of our regeneration programme. The exciting programme includes the development of two city centre rail stations, a new city centre food market, and the implementation of a fresh housing and employment allocation plan.

"You will lead on an established strategic planning function to engage early with projects and developers, working closely with regeneration and urban design disciplines, and will require you to review and improve the use of a pre-planning application process including active promotion of this approach.

"You will be the lead officer for all planning matters that will be presented to the council's strategic planning committee. You will engage with the chair of that committee on a regular basis." 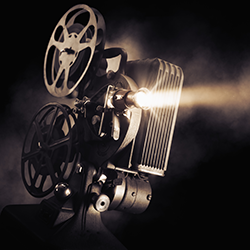 Fun fact: In 2009 Bradford was designated the first UNESCO City of Film, in recognition of its long association with filmmaking, including its use as a movie location, its regular film festivals, its highly regarded cinemas and its National Science and Media Museum - the most visited UK museum outside London.

Films shot in and around the city include Room at the Top (1959), Billy Liar (1962), The Railway Children (1970), Monty Python's Meaning of Life (1983), The Damned United (2009) and The Red Riding Trilogy (2009). Bradford is also home to the UK's first IMAX cinema and the Pictureville Cinema, described by director David Puttnam as the best cinema in Britain.

The job: "You will have responsibility for the day-to-day coordination and management of all matters relating to relevant planning enquiries for our above ground, below ground and water resources assets. You will be supported by the wider team and act as the initial point of contact for growth enquiries from local authorities into our business.

"You will ideally be degree qualified within a relevant discipline and chartered with either the Royal Institution of Chartered Surveyors (RICS) or the Royal Town Planning Institute (RTPI).

"You will also ideally have experience in our supply area and have an existing network of contacts with local planning teams." 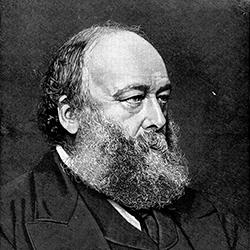 Fun fact: Hatfield has the very curious distinction of being the home and final resting place of Queen Victoria's first and last Prime Ministers, some 64 years apart. The first, William Lamb, 2nd Viscount Melbourne, was PM when Victoria was crowned in 1837 and served two terms under the queen up to 1841. He lived at Brocket Hall in Hatfield and was buried in the family vault at St Etheldreda's Church on his death in 1848. He is perhaps best remembered as the husband of Lady Caroline Lamb who, scandalously, had an affair with Lord Byron and coined the description of the poet as "mad, bad and dangerous to know". William Lamb was also a vocal supporter of slavery and is reported to have abused orphan girls taken into his home as acts of 'charity', so it's hard to feel sorry for him.

The second Prime Minister linked to Hatfield is Robert Arthur Talbot Gascoyne-Cecil, 3rd Marquess of Salisbury (pictured), who was Queen Victoria's last Prime Minister. He served three times as PM between 1885 and 1902. Though Salisbury set up the London County Council and allowed it to build houses, he was in the main a pessimistic, reactionary figure who held the credo: "Whatever happens will be for the worse, and therefore it is in our interest that as little should happen as possible." He is considered one of the great intellectual heavyweights of the Conservative Party and continues to be evoked to this day. He died in 1903 and was also buried at St Etheldreda's Church.

The job: "If you have substantial relevant experience as a technical expert in the planning or environmental sector and are looking to develop your career, this could be the role for you.

"You'll be responsible for managing and determining complex planning applications and lead on providing professional advice through all stages of the planning process, including PPAs, S106 negotiations and planning appeals as you provide a high-quality service that is responsive to customer demands.

"Our recent transformation to a unitary council is already creating diverse and multi-disciplined opportunities across the service, and we are excited to see what is to come. In this rewarding and fulfilling role, you'll see the impact of your work in front of you." 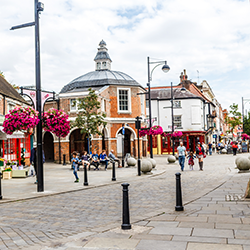 Fun fact: Wycombe was once renowned as a centre for chairmaking, and furniture design continues to be an important aspect of the Buckinghamshire New University's curriculum. The local football team is also nicknamed 'the Chairboys'.

Among the best known furniture companies based in the town were Ercol and E Gomme. Ercol dates back back to 1920 when it was founded in high Wycombe by Lucian Ercolani as Furniture Industries. Ercolani was an Italian immigrant from Tuscany, who learned his trade initially at night classes at Shoredtich technical Institute and subsequently worked as a joiner for the salvation Army. From here he was invited to work with Frederick Parker (of Parker Knoll fame), making furniture in high Wycombe, the 'furniture capital' of England. He later worked for Gomme, before setting up on his own.

Ercol was noted for its mass-produced bentwood chairs and other furniture with simple lines, which found a ready market in post-war Britain. the company's pieces were exhibited at the Festival of Britain in 1951 as an example of the most modern design. Ercol is now based nearby at Princes Risborough, in a purpose-built, environmentally-friendly factory.

The job: "Exciting opportunities have arisen for enthusiastic and committed people to join our expanded Developer Contributions Team on a permanent or temporary basis. This advert is for the temporary role.

"We are looking for someone who has in interest in the built environment.

"In this post you will provide administrative support to enable the collection and monitoring of Community Infrastructure Levy (CIL) monies from developers to fund the delivery of infrastructure as well as supporting the monitoring and reporting on infrastructure secured through S106 agreements.

"East Hampshire District Council and Havant Borough Council are two separate local authorities who work in strong partnership to deliver services. As part of the shared Developer Contributions Team, you will benefit from a varied experience seamlessly working across both Councils with flexibility on office location as well as working from home." 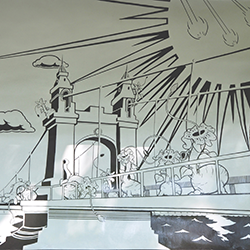 Fun fact: John Wyndham, one of England's best-known science fiction novelists and author of Day of the Triffids (illustration pictured), spent much of his adult life in Petersfield and died in the town in 1969, aged 65.

Wyndham's reputation rests on four novels he published under his own name, having already been writing for money under various pseudonyms for more than two decades. These - Day of the Triffids, The Midwich Cuckoos, Chocky and The Chrysalids - are highly regarded and influential. Among the writers who have cited Wyndham's work as inspiration are Margaret Atwood, whose The Handmaid's Tale owes much to The Chrysalids.

A pacifist, he wrestled with his conscience over his participation in the Second World War and wrote long letters to his long-time partner Grace Wilson in which he expressed his doubts about the future of humanity. His worldview was crystallised in his post-war novels - post-acopalyptic and dystopian, they expressed postwar paranoia about invasion and social control. In 1963, he and Wilson finally married after a relationship that had already asked for 30 years. They lived just outside the grounds of Bedales School, where Wyndham had been a pupil.

The job: "We are seeking to appoint a dynamic, motivated and organised planning professional who is keen to make a significant contribution in leading the performance and achievements of our development management team.  You will have significant experience of dealing with complex planning applications and appeals.  You will also have the ability to lead the team in the processing and determination of planning applications, as well as being able to progress a small case load of more complex proposals.

"You will need to be a team player with a positive approach, willing to contribute to the delivery of transformational change and continuous improvement to secure excellent customer service. In return, we will offer you plentiful and varied experience in a key role within ourdevelopment management service.  The service is seeking to deliver the sustainable growth planned for in the adopted Charnwood local plan core strategy." 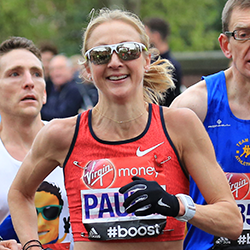 Fun fact: Loughborough University is considered Britain's - and for some the world's - best university for sport, both in terms of study and performance. Among other things it is home to the world's largest sports technology research group; Youth Sport Trust, British Swimming and several other national sporting bodies; the National Cricket Performance Centre; and it was used as the training base for Team GB in the build-up to the 2012 Olympics.

Its reputation has been enhanced by the continued success of its alumni. At the 2014 Commonwealth Games, more than 120 athletes from Loughborough represented eight teams and won 35 medals. At the 2016 Olympics in Brazil, more than 80 Loughborough students and graduates took part in the Olympic and Paralympic Games.