The job: "As Chief Planning Officer, you’ll be at the heart of our efforts, shaping our progress, best practice and achievements. If you’re keen to make your mark through smart strategic leadership, this is your opportunity.

"An experienced and driven planning professional, you’ll have what it takes to build a modern, high-performing function. You’ll be the strategic lead for local operations and front-line service delivery, but also responsible for innovative solutions that improve services for our community. It’s a chance to get your teeth into a wide range of tasks: injecting commercial and customer focus into strategy, promoting the council as community leader and maximising return on planning investment. Meanwhile, you’ll be overseeing day-to-day services including planning strategy, policy and enforcement and building control." 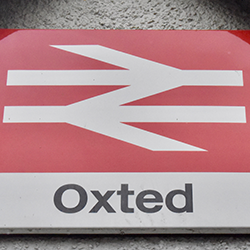 Fun fact: The 'Oxted Station Outrage' occurred on 4 April 1913 when supporters of the Suffragette movement planted a home-made bomb in the men's toilet at Oxted Railway Station in an attempt to blow it up. Fortunately the bomb failed, causing just a small explosion and limited damage.

Despite following up leads relating to clues left at the scene (including a piece of paper with a delivery address on it), police were unable to pin down a suspect and the perpetrator remained a mystery.

Until 1950, when the wife of Harold Laski, who had been chairman of the Labour Party from 1945-46, revealed that he had planted the bomb. At the time, Manchester-born Laski was just 20 and deeply involved in radical politics and in particular the Suffragette movement, courtesy of his wife Frida Kerry Laski and her parents. The two had met when she nursed him through his recovery from an appendix operation when he was 16 and she was 25. They fell in love, eloped and married in Scotland.

Harold Laski went on to become a lecturer in political science at the London School of Economics, as well as a senior figure in the Labour Party. He died in 1950. Frida, who had protected her young husband's identity under questioning from police, was active in the birth control and women's movements and both she and Harold were at one time eugenicists. She died in 1977 at the age of 93.

The job: Ostensibly a recruitment for the Department of Agriculture, Environment and Rural Affairs; however, other roles within the Northern Ireland Civil Service may also be filled from this recruitment.

"The purpose of this post is to assist with the preparation, adoption, monitoring, reporting, implementation and review of the Marine Plan for Northern Ireland.

"The broad areas of responsibility include: 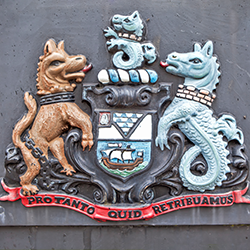 Fun fact: The symbol of Belfast is a seahorse and can be seen - twice - in the city's coat of arms, as well as at various locations throughout Belfast, including a sculpture at the port and a glowing seahorse logo on the side of the city's Grand Central Hotel.

The seahorse denotes the city's maritime history. It was printed on coins by merchants in the 17th century and became indelibly associated with the city.

Two species of seahorse live and breed in British waters - the short-snouted seahorse and the spiny (or long-snouted) seahorse. Each grows to a maximum length of 15-17cm and lives in shallow coastal waters among rocks, mud, seaweed and seagrass. Their breeding strategy is fascinating: females place their eggs inside the male with an ovipositor and the male self-fertilises them and then gives birth to live young that are completely independent from the moment of birth.

Unsurprisingly, British seahorses are under threat, from such activities as drilling for oil and overuse of anchors. They are a protected species.

"The successful candidate will be responsible for dealing with breaches of planning control, heritage matters as well as being part of the council's co-ordinated enforcement activities across its various services. You can play a leading role in achieving the highest standards in the vital services we provide to this beautiful city. You will be joining an experienced team and supporting the city council to deliver an excellent planning service." 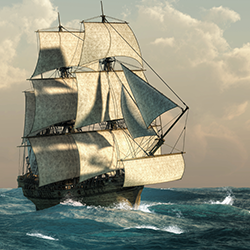 Fun fact: Worcester-born Hannah Snell disguised herself as a man and fought for the English armed forces, first as a soldier and then as a marine, for five years. Born in 1723, she apparently played as a soldier as a child. In 1740 she moved to London and in 1744 married a Dutch seaman with whom she had a child.

Her husband, however, went missing while she was pregnant. Their daughter died young and Snell borrowed a man's suit and set off in search of her missing husband who, she learned, had been executed for murder.

So Snell did what any sensible widow would do and joined the English army fighting Bonnie Prince Charlie. She deserted, however, made her way to Portsmouth and joined the Marines, with whom she fought in India.

Incredibly, she maintained her disguise until 1750 and went on to write a book about her experiences, The Female Soldier. She was honourably discharged from the Marines and even managed to keep her pension. She later ran a pub and married twice more, having two further children, before dying in 1792 aged 69. Her life has been dramatised in a stage play, Warrior.

The job: "The council is strengthening its commitment to economic growth and regeneration. It recognises this is even more important as we manage the recovery from the economic impacts of Covid-19. We are also the gateway town to the Peak District National Park and close to two of England’s core cities.

"To help realise our economic growth ambitions, as set out in our growth strategy, we are looking for a dynamic self-starting planning officer with a track record of successful delivery, particularly of regeneration schemes, to join our team. You will lead on and coordinate the provision of planning advice to support major regeneration projects and programmes being delivered by the project delivery team.

"You will support the achievement of planning permission and ensuring projects progress to successful delivery, including maximising opportunities from partnership working, external funding and facilitating sustainable, positive economic outcomes for the local economy." 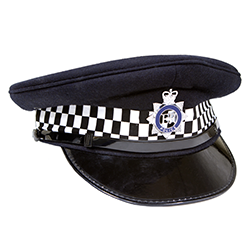 Fun fact: The black-and-white chequered band around police helmets and caps is accredited to Sir Percy Sillitoe, Chief Constable of Chesterfield from 1923 to 1925. In fact, Sillitoe was chief constable of several forces, as well as director general of MI5 immediately after the Second World War.

He was responsible for a number of innovations we now take for granted: he authorised the use of "reasonable force" to break the grip of criminal gangs while in Sheffield (1926-31); he introduced wireless radios for communication between vehicles and headquarters while in Glasgow (1931-43); he introduced the use of civilians in police roles; and he changed the role of women within the police, employing a woman to lead and expand Kent's women's police force in 1944.

He was made a CBE and knighted. The only blot on his otherwise impeccable record is the fact that he was director general of MI5 during the Burgess and Maclean spy scandal of the early 1950s.

The job: "The team is at an early stage in next review of the local plan – following the adoption of a site allocations plan, in February 2022, which sits under the joint core strategy and urban core plan. You will join us as work progresses on this, along with other planning documents and evidence.

"The successful candidate will be a qualified planner with a degree in town planning or equivalent. You should have a practical approach to spatial planning, including a broad knowledge of the process of plan preparation and associated legislation, and the ability to undertake research to inform the development of planning policy.

"You will take responsibility for specific areas of planning policy and will be expected to tackle the full range of planning policy documents. You will contribute to climate emergency initiatives, the setting up digital platforms, as well as ensuring good data management and contributing to wider council plans and strategies." 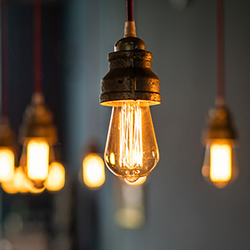 In 1881, he formed The Swan Electric Light Company. Among his early customers was the new Savoy Theatre in London, which was the first public building in the world to be lit entirely by electricity - Swan providing 1,200 incandescent lamps, powered by a generator close to the theatre.

He later joined forces with Thomas Edison, who had simultaneously patented his own electric light bulb, and 'Ediswan' went on to set up the UK's first radio thermionic valve factory, as well as working on cathode ray tubes for the nascent television market.