A round-up of five of the best and most interesting jobs on Planner Jobs this week. 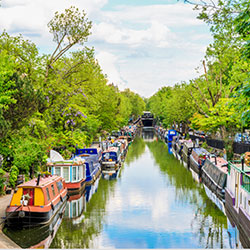 The Canal and River Trust office in a small building on the bank of the Grand Union Canal in Little Venice, Paddington, London.

"As part of our spatial planning team, you’ll manage a diverse, high-volume workload across the London area. You’ll handle both planning consultations and planning policy matters, working closely with local planning authorities, and communities as well as Trust specialists.

"The consultations could range from EIA-scale development to ‘minor’ and ‘householder’, and it will be down to you to provide advice, negotiate planning conditions and planning obligations and represent us in any appeal. Your policy responsibilities will mean responding to consultations on a variety of policy documents to support the work of the Trust."

Launched in 2012, the Canal and River Trust is a charity that looks after 2,000 miles of canal and rivers in England and Wales, as well as reservoirs and docks. Its aim is to "transform canals and rivers into spaces where local people want to spend time and feel better".

Little Venice is the name given to the area where Regent's Canal and the Grand Union Canal meet in Paddington, west London. It's considered an oasis of calm and is noted for the dozens of narrowboats, day trip boats and river cafes that line the bankside. It's also extremely picturesque, characterised by Regency town houses with white stucco facades.

The origin of the name Little Venice is disputed - some attribute it to the Victorian poet Robert Browning, who lived in Little Venice. However, there's also  suggestion that an earlier poet, the notorious Lord Byron, coined the term in jest in a humorous comparison with the actual Venice, much beloved of wealthy Brits at the time. 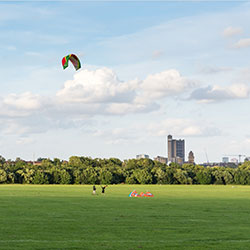 "Reporting to the chief executive officer you will be a member of the OPDC’s senior management team with responsibility for leading our dynamic planning team. You will provide strategic leadership on the development and implementation of our statutory local plan, oversee the delivery of an efficient and responsive development management service and convene and report to the board and its planning committee and main board.

"You will work closely with planning colleagues at the Greater London Authority and our three borough partners and will bring experience of leading a skilled development control and planning policy team to manage major urban regeneration applications."

Old Oak and Park Royal is one of Europe's biggest regeneration projects and will become the gateway to the capital from the west. The 650 hectare site spans three boroughs (Ealing, Brent, Hammersmith and Fulham) across former railway depots, common land and industrial sites, and the £5 billion scheme is expected to deliver an HS2 and Crossrail station, 25,000 new homes and 65,000 new jobs.

One of London's largest areas of common land, Wormwood Scrubs has been a public open space since the Wormwood Scrubs Act of 1879. It's long been associated with military exercises (it was once leased by the War Office to exercise cavalry horses, and some of the Scrubs was subsequently purchased).

It was also famously the site of bareknuckle boxing matches which attracted huge crowds, and was one of London's favoured duelling grounds. Nowadays it contains Wormwood Scrubs prison, an athletics stadium and a treasured nature reserve which provides habitat for dozens of bird species, including an unusual urban population of meadow pipits. 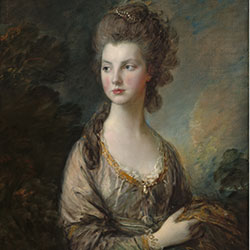 "You will be working on a very specific case load and will be tasked with carrying out inspections and assessing developments to ascertain breaches of planning legislation. In addition, you will need to have the ability to advise customers of the appropriate course of action to resolve a breach and, when necessary, draft notices, collect evidence and prepare legal proceedings for action against offenders."

Babergh and Mid-Suffolk combines two district councils which between them cover a large portion of Suffolk, mainly rural and dotted with historic market towns such as Sudbury, Hadliegh and Stowmarket. The council area does not include Ipswich itself.

Suffolk - and Babergh in particular - is arguably the cradle of the British landscape painting tradition. Thomas Gainsborough (1727-1788) was born in Sudbury and lived both there and in Ipswich; and John Constable (1776-1837) was born in East Bergholt and learnt his trade as young man on sketching trips throughout Suffolk. He continued to visit East Bergholt to paint throughout his life.

These are the two of the giants of British painting. Though Gainsboroughis perhaps best known for his portraits, he preferred landscape painting and both men are praised for painting directly from nature, rather than from imagination, though Gainsborough's light, poetic style contrasts with Constable's closely detailed observations. Each is considered a master of light, however.

Gainsborough was a founder of the Royal Academy in 1768; Constable himself was elected to the academy in 1829. 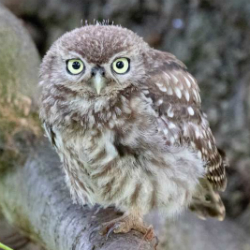 4. OWL BE SEEING YOU

East Northamptonshire district is largely rural, with six towns, including Rushden, Higham Ferres and Irthlingborough, and plenty of villages. Much of the district is home to Rockingham Forest, once a royal hunting forest.

The Little Owl, a species not native to Britain, was accidentally introduced to the wild in the late 19th century  after some escaped from the Thrapston home of Lord Lilford. A noted ornithologist, and founder of the British Ornithologists' Union in 1858, he had a large collection of birds at Lilford Park, including rheas, kiwis, pink-headed ducks and even a pair of free-flying lammergeiers.

Little Owls are now found all over southern Britain. 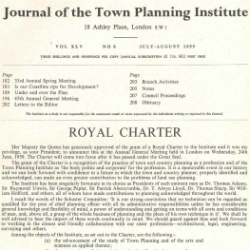 Home-based, but with travel across Northern Ireland and occasionally London and other parts of the UK.

"The role is home-based with travel to meetings across Northern Ireland and occasionally London and other parts of the UK. You will be a Chartered member of the RTPI with a good knowledge of Northern Ireland planning system and current planning policy issues."

The Royal Town Planning Institute is the UK's leading planning body for spatial, sustainable and inclusive planning and is the largest in Europe with more than 25,000 members. It's a membership organisation and a Chartered Institute responsible for maintaining standards in the planning profession.

Founded in 1914 by Thomas Adams, the Town Planning Institute did not receive its royal charter until 1959 - 60 years ago this year. By then the Institute had approximately 2,600 members, 500 of whom worked overseas, mainly in Commonwealth countries.

Introducing the charter in the Journal of the Town Planning Institute, then president Udolphus Aylmer Coates illustrated that the tension between planning and design was as much an issue then as it is today:

"It has often been said the people gets the government it deserves. Does a society also get the architecture and civic design it deserves? Are these, as is so often maintained, a true reflection of the spirit and standards of the age? [...] I would suggest that Town Design or Urban Renewal, call it what you will, needs a much firmer basis than the wholesale denunciation of the planning policies of the last decade and a nostalgic looking back to the war-time emotional urge towards Utopia."