The job: "We are looking for a dedicated, dynamic, enthusiastic, hard-working and passionate development management practitioner, operating as a senior planning officer within the applications teams.

"A successful candidate will have to be a talented, enthusiastic, motivated and knowledgeable individual who demonstrates a good understanding of planning policy and development management legislation, have good written and verbal communication skills and to be able to work to strict deadlines. You will be required to further enhance service delivery for all our customers, focusing specifically on the realisation of sustainable growth, firmly embedded in high standards of design and the maximisation of social, economic and environmental benefits." 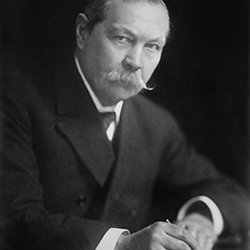 Fun fact: Sir Arthur Conan Doyle, creator of Sherlock Holmes, spent three years living in South Norwood, Croydon, during which time he killed off his famous character, in The Final Problem, in 1893 (he later resurrected him).

But Doyle was a remarkable character in many ways. In the 1880s he played as a goalkeeper for Portsmouth Association Football Club, using a pseudonym, and he also played first class cricket for Marylebone Cricket Club. The reason he was in Portsmouth was because, a trained doctor, he ran medical practice in the city. Later on, he served as a field doctor during the Second Boer War.

He stood for Parliament, twice, as a Liberal Unionist; and he maintained  lifelong interest in spirituality, a belief that remained unshakeable delisted his friend Harry Houdini revealing to Doyle the trickery behind his 'magical' illusions. Doyle died in 1930 at the age of 71. A blue plaque commemorates the period he and his family lived in South Norwood at 12 Tennison Road.

The job: "As part of our expanding major projects team, you will determine the largest and most complex applications in the borough and provide the council’s response to development in the Ebbsfleet Development Corporation area.  You will ensure that the development coming forward is co-ordinated and the overall outcome is better than the sum of its parts.  You will need to ensure that local communities benefit from the opportunities that new development brings but, also, that the valued elements of the local environment are protected and enhanced.

"We are looking for an experienced and qualified town planner with strong professional skills, experience of dealing with very large and complex urban developments and expertise or an interest in urban design. If you do not yet have a design qualification, we can fund and support you in obtaining one. We wish to strengthen our design capabilities and are offering the opportunity for a fully-funded part-time MA in Urban Design to the successful candidate." 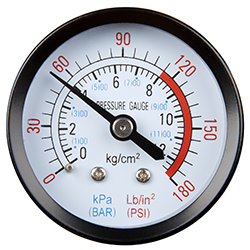 Fun fact: During the building of the Dartford Tunnel in the late 1950s, 689 cases of compression sickness - or the bends - among construction staff were recorded over a two-year period. These were not divers working in the River Thames itself, but engineers and men with spades digging six metres beneath the Thames, in 'tunnelling shields' fed by compressed air at pressures of 28 pounds per square inch. Compressed air was necessary to keep out water which would otherwise percolate through the surrounding strata and flood the tunnel.

The River Thames at Dartford is some 800 metres+ wide and work on the Dartford Tunnel initially began in 1938. It was stopped by war and restarted in 1958. The tunnel, which has an internal diameter of approximately 8.5 metres and is 1.4 kilometres long,  opened in 1963. A second, east tunnel, was opened in 1980, followed  by a bridge in 1991, at which point the complex of river crossings was renamed the Dartford Crossing. 160,000 vehicles use the crossing each day.

The job: "A fantastic opportunity has come into the market for an associate town planner to join a long established private practice in the Bristol area. This planning and design consultancy offers a wide range of services offering commercial planning and design advice. We are looking for the successful candidate to have private sector experience in a similar level role along with being able to bring along a client base and carry out new business development." 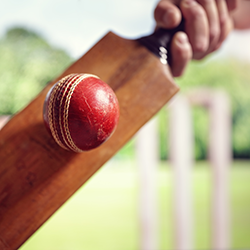 Fun fact: Bristol schoolboy Arthur Edward Jeune Collins held the world record for the highest individual score in a  cricket innings for 116 years from 1899 to 2016, having hit 628 not out during a school cricket match. The then 13-year-old Clifton College student was playing a junior school house cricket match between Clarke's House and North Town House. such matches at the time were 'timeless' - ie, they were played to a conclusion, regardless of how long they took.

Collins' innings was played out over four June afternoons between lessons. As his score ticked on, the schoolboy began to attract wider attention - first locally, then nationally, being reported in The Times newspaper as it progressed. Once done, Collins' house bowled out their opponents for 87 runs and then a paltry 61, to win by an innings and 688 runs. Collins himself took 11 wickets for a mere 63 runs.

Eschewing a career as a cricketer, Collins joined the British Army in 1902 and became an officer in the Royal Engineers. He was killed in action at the First Battle of Ypres in 1914., aged just 29. Collins' batting record was finally beaten in January 2016 by an Indian schoolboy, Pranav Dhanawade who scored a frankly astonishing 1,009 runs from 323 balls in just six-and-a-half hours during a school match. The opposition mustered a mere 83 runs in reply across their two innings.

The job: "CPRE Hertfordshire is the countryside charity for Hertfordshire. The planning manager is a senior employee of the charity, responsible for managing a sizeable team. Currently this is comprised of a part-time paid planning assistant and ten volunteers. Planning work is a major part of the charity's activity.

"Responsibilities and duties will include: 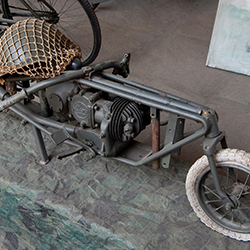 Fun fact: A Welwyn mansion called The Frythe was home to a secret manufacturing facility in World War II where devices such as silent guns and one man submarines were built for use by special forces behind enemy lines.

Station IX was the name given to the facility, which was located in what had become an exclusive hotel after it was commandeered for use by the Special Operations Executive. The heavily guarded compound was adorned with barracks, cabins and workshops where civilian scientists and craftsmen worked on weapons and machinery that could help special forces infiltrate and operate in enemy territory.

Each device was given the prefix 'Wel' for Welwyn, and they included the Welbike -  a compact motorcycle that could be parachuted into enemy territory for quick assembly and use by paratroopers; and the Welgun, a near silent pistol to be used for assassinations (and which was still in use in the Desert Storm operation in the early 1990s).

There were also a motorised submersible canoe and the Welman submarine, examples of which still exist and attract the attention of collectors worldwide. Frythe House later became  research centre for Unilever, then GlaxoSmithKline, which sold it to a property developer in 2010.

The job: "We are seeking an enthusiastic planner to join our busy development management team where you will play a major role in the development of Northampton and deliver the borough’s planning service.

"You will help support management and process major planning applications to shape a variety of environments, from town centre regeneration, housing estate renewal through to large greenfield sustainable urban extensions." 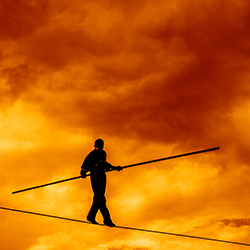 Fun fact: Northampton is reputed to have the largest market square in England where, in 1846, a tightrope walker and fireworks 'expert' by the name of Mr Gyngell accidentally killed a spectator (a Mrs E Smith, according to contemporary reports) with a firework while performing his act.

Though the tragedy suggests that Gyngell may have been a rank amateur, in fact he came from one of England's most notable performing and magic families. G Gyngell, the senior member of the family, began his career in 1788; he was later joined by his brother, two sons and a daughter, Louisa, who was noted as a "clever rope dancer" and a musician of "more than ordinary ability".

The family act might contain trapeze, tightrope walking, broadsword dancing, puppeteering, magic lanterns and, er, fireworks and they performed at notable venues for some decades. It was very likely Gyngell's son Joseph who was performing in Northampton at the time of the tragedy. Another son, Augustus, gave up his career as a trapeze artist to become an early photographer, with a studio in Dorchester.