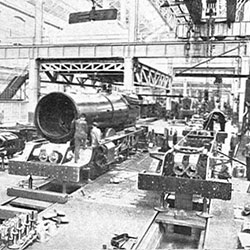 Heels, the National Trust HQ in Swindon, Wiltshire, one of the most eco-friendly office buildings in the UK. It's a few minutes' walk from the station and next door to a designer outlet retail centre built on the site of the former Great Western Railway works.

"Working with a high-performing team of dedicated regional planners, you'll be the professional lead for a community which spans England, Wales and Northern Ireland. You’ll support delivery across a wide range of land and marine planning objectives, from significant national programmes like HS2 to our own conservation and development activity at property.

"You’ll develop a proactive, organisation-wide approach to major infrastructure, putting the focus on strategic outcomes and positive opportunities for enhancement. And you’ll lead a step-change in the Trust’s engagement with the planning system."

A large town midway between Bristol and Reading, Swindon is also home to the Bodleian Library book depository and the English Heritage National Monument Record Centre. And a Honda car production plant, which is now due to close in 2021.

Opened in 1843, the Great Western Railway works in Swindon were the GWR's main locomotive workshops, and operated until 1986. The Swindon location was chosen by Isambard Kingdon Brunel (who was building the GWR) because it was at the junction of the Golden Valley line and also a "convenient division of the Great Western line for engine working".

By 1851, the workshops employed close to 2,000 men building a locomotive a week, and a 'railway village' was built to house employees. The village provided to the growing town medical and educational facilities that had been sorely lacking - indeed, its health service provided inspiration to Nye Bevan in the creation of a National Health Service: “ There was a complete health service in Swindon. All we had to do was expand it to the country." 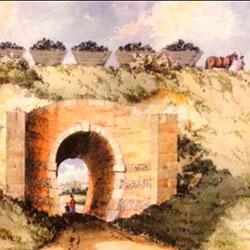 "As the jointly employed assistant director responsible for planning and transport strategy, you’ll be serving over 500,000 residents and thousands of businesses across an area that stretches from the green belt at London’s edge to the new American Embassy close to its heart. It’s a chance to work on everything from the protection of Richmond’s rich built heritage through to the largest regeneration site in the country at Battersea and Nine Elms in Wandsworth.

"This is a rare opportunity to work flexibly across two high-performing London boroughs through our unique shared staffing arrangement. To succeed, you’ll have proven ability to convert place shaping aspirations into deliverable policy documents and solid experience of delivering a range of planning related services."

These are two neighbouring boroughs in South West London, though markedly different in character. Richmond-upon-Thames, is generally considered one of the most prosperous boroughs in the UK and is home to the likes of Mick Jagger, Hampton Court Palace, Richmond Park and a great deal of 18th century elegance. Wandsworth, closer to central London, is more urban in character, with a population density three times that of Richmond, and contains major developments such as Clapham Junction Station and Battersea Power Station.

Wandsworth was home to England's — and possibly the world's — oldest public railway, the Surrey Iron Railway. Running nine miles from Wandsworth to Merstham in Surrey, via Croydon the railway  opened in 1803.

It didn't carry any passengers, however, and nor did it use self-powered locomotives. It was a horse-drawn railway, paid for by tolls, usually for transporting coal, building materials, lime, manure, corn and seed. the railway closed in 1846, the advent of steam railways having rendered it redundant. 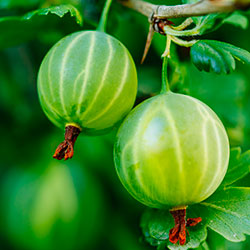 The National Park's HQ in a former vicarage in the pretty market town of Helmsley, North Yorks (obvs).

"North York Moors National Park has some of the most dramatic and unspoilt landscapes in the UK, ranging from picturesque villages and moorland to remote dales and rugged coastline. The Park is unique and we need talented staff who are dedicated to helping us keep it that way.

"Successful enforcement and monitoring is the key to maintaining the credibility of the planning process within the National Park. We aim to be proactive by checking that planning conditions are complied with, as well as reacting to complaints from the public about breaches of planning regulations.

"You will need a diplomatic, yet firm approach in dealing with the public to develop sensible and pragmatic solutions to often complex issues."

Designated in 1952, the North Yorkshire Moors National Park has an area of 554 square miles and a population of 23,380 spread across a number of small towns and villages. It consists of a moorland plateau, intersected by a number of deep dales or valleys containing cultivated land or woodland; but the park also has coastal areas in its landscape mix.

The oldest surviving gooseberry show in England takes place on the first Tuesday in August each year at Egton Bridge in the North York Moors National Park.

Hosted by the Egton Bridge Old Gooseberry Society, the show can trace its origins back to 1800 and reflects the passion for growing giant gooseberries that was prevalent across the north of England in the 18th and 19th centuries. There was even a national publication: The Gooseberry Growers Register.

In 2009 Egton Bridge Old Gooseberry Society treasurer Bryan Nellist took  the world record for a gooseberry, with a berry that weighed in at 35 drams exactly. 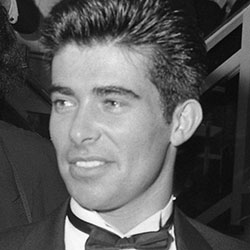 Modern council offices just over the road from Elstree TV and film studios in Borehamwood, Herts.

"We’re in the process of preparing a positive vision for growth within the borough through the preparation of our new local plan. We’re also working to provide a joint strategic plan for the region and striving to deliver quality focused development management and planning enforcement services which meet the needs of existing and future residents.

"As a planning officer in development management, you will be responsible for handling a varied caseload of applications including small householder, changes of use and new build applications as well as being responsible for providing pre-application advice.  As a planning officer in enforcement you will primarily be required to investigate alleged breaches of planning control, pursuing the most appropriate and effective action to remedy these."

A mid-sized borough with a population of 104,000, Hertsmere encompasses Borehamwood, Bushey, Elstree, Radlett and Potters Bar, and borders the three north London boroughs of Harrow, Barnet and Enfield. It's the location of Elstree Studios, which produces such shows as Strictly Come Dancing, and BBC Elstree, where EastEnders is filmed.

Kidd, who started his career at 14, held numerous world records and worked as a stunt double in films, for the likes of Timothy Dalton, Roger Moore and Pierce Brosnan. Sadly, in 1996, an innocuous jump of just 15 metres led to an accident that left Kidd paralysed and brain damaged. by 2011, he had recovered enough to walk the 2011 London Marathon, albeit over several weeks. 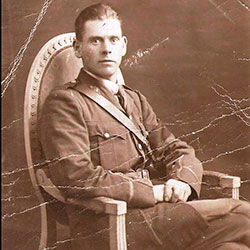 The Mansion House, a converted 18th century house which contains the council's chamber and offices, just outside the town centre in the Cumbrian town of Penrith.

"A motivated and forward thinking individual is sought to provide effective leadership to the planning policy team. You will be responsible for shaping, implementing and delivering corporate policies, planning policies and the council’s vision and priorities. The council has an adopted local plan in place and is now considering an early review to meet the local ambitions of the area so this could be an ideal time to be at the heart of developing a local plan from the outset to completion and delivery."

At 2,156 km², Eden is the 8th district in England and the largest non-unitary district - but it has the lowest population density of any district in England and Wales, with a mean of just 25 people per square kilometre. It's more than 95 per cent green space and contains parts of the Lake District and Yorkshire Dales National Parks. The West Coast Main Railway Line runs through the district but with only one station at Penrith.

Readers of a certain vintage will be familiar with Penrith as the location for the 1987 cult comedy film Withnail and I. We're sad to report that the Penrith scenes were actually filmed in Stony Stratford, Buckinghamshire. "Miss Blennerhassett, telephone the police."

Percy Toplis, the infamous 'Monocled Mutineer" was shot dead at Plumpton while on the run for murder. Criminally versatile from a young age, Toplis was a school bully, a thief, a fraud and an attempted rapist who served several spells in prison.

He acquired his name as a result of posing as an officer with a monocle while on leave from the Royal Army Medical Corps during World War I. He was also reputedly involved in the Étaples Mutiny, a series of mutinies at a British Army training camp in northern France in September 1917. Though there's no hard evidence of his involvement, he became the subject of a controversial BBC television series in 19986, The Monocled Mutineer.

Toplis shot and killed a taxi driver in Andover in April 1920. For two months, he was pursued by police to London, Wales, Scotland and finally Cumbria, where he was shot while resisting arrest. He is buried in Penrith's Beacon Edge Cemetery in an unmarked grave. His monocle is on display in Penrith and Eden Museum.