Happy Friday. Here's some planning jobs. Five of them. We could have made it six, but then it wouldn't alliterate, would it? Friday Six? That would never work. Nor would Friday Four, even though it alliterates and would save me 20 per cent of my weekly work on this. It just doesn't sound right, does it? Friday Five it is then.

The job: "The Chief Planning Inspector will be responsible for the overall leadership and management of Planning and Environment Decisions Wales, ensuring that it is effective and fit for purpose. This includes leadership on both operational and professional matters.

"The successful candidate will also be expected, to contribute to the management of the Welsh Government as a whole where this is compatible with the role. In addition, the post holder needs to play a figurehead role within the planning service in Wales, where the Chief Planning Inspector provides a well-respected, objective and impartial view on the effective operation of the planning system and profession - and improvements to it - to all stakeholders including Welsh Ministers. 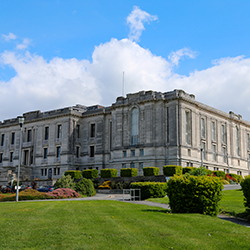 Fun fact: The National Library of Wales in Aberystwyth holds more than 6.5 million books and periodicals and is also home to the national collection of Welsh manuscripts, among many other publications, prints, maps, sound and image recordings. It is one of the largest research libraries in the UK.

The library was established in 1907 and opened in 1916 in a building designed for the purpose. But its origins date back to 1873 and the foundation of a committee to collect Welsh material and house it at University College in Aberystwyth.

The library’s ‘mission’ is to collect and preserve materials related to Wales and Welsh life, and materials which can be used by the people of Wales for study and research. Its collections include the ‘Peniarth Manuscripts’, a series of medieval manuscripts written in Welsh which record Welsh myths, epic tales, poetry, history and even books of grammar. These are considered to be of international importance. During the Second World War, the library was used as a ‘sanctuary’ for the storage of many of the most important manuscripts and artworks in Britain.

The job: "Yorkshire Water is recruiting an estates and planning manager to lead a multiple disciplinary team driving sustainable land management, resilience to climate change and value across the Yorkshire Water estate and capital investment programme.

"You will ensure the implementation of land strategy initiatives, integrating them with management of the company’s day-to-day compliance with relevant legislation and regulatory requirements; you will work with the operational business to drive forward performance and efficiency, and minimise risk through effective land management practices; and you will represent YW at national and local level to influence relevant policy and guidance." 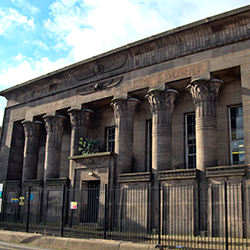 Fun fact: Temple Works is a grade I listed former flax mill in Holbeck, Leeds, which has the unusual distinction of having been built with a grass roof to retain humidity in the building so that its linen thread would not dry out.

The grass on the roof had to be grazed by sheep. And, because sheep cannot walk up stairs, the hydraulics engineers who built the engine that powered the mill’s machinery (Benjamin Hick and his son William) had to invent the hydraulic lift in order to get them onto the roof.

Openned in 1840, the mill was designed in the Egyptian style, inspired by the mill-owning Marshall family’s interest in Egyptology. Different parts of the building are modelled on ancient temples at Antaeopolis, Edfu and Dendera, and it even had a chimney in the style of Cleopatra’s Needle, although this was replaced by a conventional chimney when it cracked. At the time of its construction, the factory was thought to be the largest single room in the world.

It is currently out of use, despite several attempts to refurbish and reuse it over the years. Currently, the former mill is being considered as a possible site for the planned northern branch of the British Library.

The job: "This is an excellent opportunity for an experienced ecologist with strong communication skills who will work alongside our Development Management team and other specialists providing multi-disciplinary technical support to drive the delivery of growth for our great city.

"You will have a real opportunity to integrate biodiversity considerations into council policy and strategy as our new local plan emerges. You will provide specialist advice to the planning (development management) process, with a varied and interesting workload including biodiversity offsetting, and also lead on the mapping and classification of natural habitats." 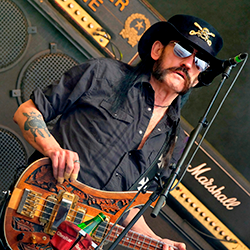 Fun fact: Rock legend Ian Fraser Kilminster was born in Stoke-on-Trent on Christmas Eve 1945. Who? You may know him better as Lemmy, founder, bassist, lead vocalist, chief songwriter and only continuous member of Motorhead from 1975 until his death, days after his 70th birthday, in 2015.

Tales of Lemmy's hard partying and prodigious consumption of booze and amphetamines are legion. But he was also known as a mentor and supporter to many other bands and musicians, and collaborated with dozens of other artists, from The Ramones to The Foo Fighters, throughout his lengthy career.

Lemmy always insisted that Motorhead, variously described as hard rock, heavy metal and thrash metal, was simply a 'rock'n'roll' band. Indeed, his own serious musical career began in 1963 as guitarist with Blackpool beat band The Rockin' Vickers, who became known for their outlandish costumes and stage antics - as well as their rock'n'roll.

Moving to London, he shared a flat with Jimi Hendrix Experience bassist Noel Redding and became a roadie to the band. From here he found himself a member of legendary space rock band Hawkwind, for whom he wrote and sang the band's biggest hit Silver Machine.

But it was in 1975 that he came into his own, forming Motorhead, the hard-living, hard-rocking 'rock'n'roll' band with whom he spent the remainder of his musical career, recording such indisputable classics as Ace of Spades and  Killed by Death. After his own death it was revealed that Lemmy had arranged for his ashes to be put into bullets and sent to his closest friends. Of course.

The job: "This lead planning role will focus on the delivery of allocated strategic scale sites and supporting infrastructure. The role will involve a considerable place shaping responsibility for a number of new garden village and garden neighbourhood communities for up to 2,000 homes. Achieving high quality, well designed places will be a leading responsibility alongside addressing environmental effects and mitigation, both locally and cumulatively in the district.

"You will lead and manage the projects as part of a single development team approach that will include colleagues from other organisation/bodies, as necessary, to present a single point of contact with the site promoters to ensure a co-ordinated and effective interaction between all parties." 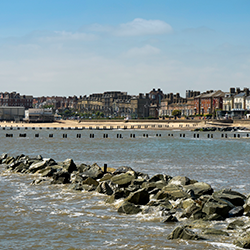 Fun fact: Lowestoft in East Suffolk - or, more specifically, Ness Point in Lowestoft - is the most easterly point in the British Isles. The location, popular with sea anglers and birders, is marked with a large circular plaque that indicates the distance to Britain's other extreme points.

The Telegraph has helpfully recounted Britain's 'extremes'. Its warmest place is apparently Faversham in Kent and its sunniest Eastbourne on the south coast of England.

The job: "Kirklees has a rich and varied historic environment, with more than 4,500 listed buildings, 59 Conservation Areas, 22 scheduled monuments and five registered historic parks spread across the former mill towns and villages.

"An opportunity has opened for an enthusiastic and knowledgeable senior conservation officer to help us conserve and manage the wealth of heritage assets and contribute to the sustainable growth and regeneration of the district.

"We are looking for a passionate, experienced, and enthusiastic colleague, with a comprehensive knowledge of conservation practice, listed building legislation, planning policy guidance and case law. The successful candidate will provide specialist conservation management and design support, as well as contributing to range of proactive heritage projects across the district.

"You will be part of a team of customer focused built heritage specialists, reporting to the team leader for conservation, design, ecology and trees working, alongside the existing senior conservation officer." 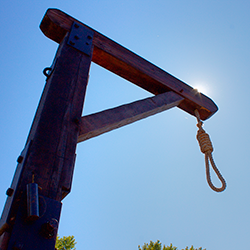 Fun fact: Executioner James Berry was born in Heckmondwike in the Kirklees District in 1852 and practiced his trade from 1884-1891, taking the lives of 131 condemned men and women.

He is remarkable not because he was the British hangman (it was a position occupied by a single person who travelled all over the country), but because he was possibly the first literate and communicative hangman who was able to write about his work. In My Experiences as an Executioner, he apparently describes his methods (he refined the 'long drop' method) and, according to Wikipedia, "recalls the final moments of some of the people he executed". So, not at all macabre then.

Among notable incidents in his life as a hangman was the famous 'man they couldn't hang', John Babbacombe Lee, in 1885. The trap door repeatedly failed to open and in the end Lee's sentence was commuted. Berry also executed the murderer William Bury who many consider the most plausible Jack the Ripper suspect - including Berry himself.

After his work as a hangman ended, he discovered Christianity and became a prominent campaigner for the abolition of the death penalty. In his later book, The Hangman's Thoughts Above the Gallows, he wrote: "the law of capital punishment falls with terrible weight upon the hangman and to allow a man to follow such an occupation is doing him a deadly wrong". Berry died - peacefully - in 1913.