Is it Friday already? Again? It's an endless merry-go-round, isn't it? What you need is a new job. Here are five of the best on Planner Jobs this week.

The job: "If you looking to develop your career in town planning, and you already have some experience, this role is a great opportunity for you.

"You will join our friendly team assessing a caseload of planning applications and pre-application enquiries primarily for householder and minor developments.

"This is a career-graded post which will give you the opportunity to progress in your career subject to qualifications and experience." 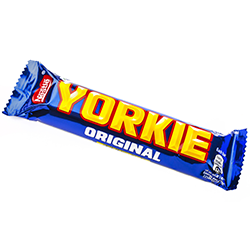 Fun fact: York claims to be the UK's home of chocolate and even has a permanent exhibition called York's Chocolate Story. As the centre's website says: "While other northern centres made their wealth from wool, cotton and steel, York went its own sweet way and built a city from chocolate. This great tradition continues to this day, where all over the city there are echoes of York’s chocolate past."

In particular, Rowntree's is based in the city and it was here that it developed some of our favourite confectionery, including the Kit Kat (1935), Aero (also 1935) and Smarties (1937). the city also gave its name to Rowntree's Yorkie bar, first appearing in shops in 1976.

The Yorkie is perhaps best known for its cheeky marketing which has been condemned as sexist - in particular it pitched itself as a product for men, depicted lorry drivers biting into chunky Yorkies in its advertising and employed the tagline "Its not for girls!". In 2006, it even produced a Yorkie in a pink wrapper aimed specifically at women.

This did not go down too well. By 2011, the firm had abandoned the 'It's not for girls!' tagline under a Yorkie-sized deluge of complaints. But all things must pass, including the famed gargantuan size of the Yorkie bar itself. Nowadays it's 25 per cent smaller than at its peak, weighing in at a miserly 43 grams. Things were better in the olden days, weren't they? Cough.

The job: "Fantastic opportunity to join a continuously growing residential developer with a long standing history of creating thriving communities across the UK.

"This is an opportunity for an experienced Development Manager ready for a fresh challenge within an organisation that puts its employees and customers first. 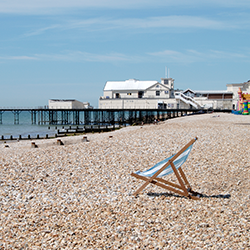 Fun fact: West Sussex is the sunniest county in the United Kingdom, according to Met Office records. Over the last 29 years it has averaged 1,902 hours of sunshine per year (5.2 hours per day).

Sunshine totals are highest near the coast with Bognor Regis often having the highest in mainland England, including a shimmering total of 2,237 hours in 1990 (6.12 hours per day).

The average annual number of daily sun hours in the UK has remained above 4 hours per day since 2001, but has not increased above 5. Daily sun hours were highest in 2003 at 4.9 hours per day (1,788 hours total). May 2020, however, saw a stunning 9.7 hours per day on average, making it one of the sunniest months, like, ever. It wasn't repeated this year, obvs.

The job: "Persimmon Homes West Wales has a vacancy for a planner (development management) to join their successful and growing land and planning team.

"As a planner with Persimmon Homes you will be part of a small yet busy planning team, handling a varied range of planning applications for both strategic and immediate sites, of varying scales and complexity. The role offers a broad area of responsibility for all areas of the development process including planning policy and promotional work albeit with a primary focus on development management and the delivery of immediate sites." 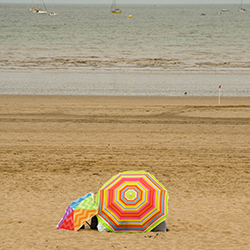 Fun fact: More weather news. Swansea, according to multiple analyses over at least two decades, is one of the rainiest cities in the UK.

Some research makes it THE rainiest; most puts it somewhere in the top four or five. What's clear, though, is that South Wales generally is somewhat damper than most of the rest of the UK.

Most recently the domestic shower company Showers to you (of course!) analysed Met Office data for cities with a population of more than 100,000 and found that, in fact Swansea's rival city Cardiff is Britain's wettest, averaging 96mm of rainfall per month and an average of 12.4 rainy days per month. Cardiff was followed by Glasgow (94mm, 14.2 days), Huddersfield (86mm, 12.8 days) and then Plymouth and Swansea, both with 84mm rain a month on average and 11.8 days and 12.3 days of rain respectively.

Overall, though, 2020 was a remarkable year for weather. According to the Met Office, it was in the top ten on record for rainfall, temperature and sunshine hours. Don't anyone mention climate change...

The job: "Are you someone who thrives on a challenge? Are you passionate about protecting the heritage and landscape of North Yorkshire?

"The county council’s planning services play a fundamental role in managing the natural and built environment, ensuring that the future development needs of the county can be accommodated to make it a better place in which to live and work.

"We are looking for a team leader (planning services) who has the drive to meet challenges head on, as well as someone who can work successfully with our stakeholders and clients. You will act as the service specialist in relation to both development management (including being the service lead on the most complex, controversial and/or high profile of applications) and the formulation of minerals and waste planning policy.

"In addition, you will plan and co-ordinate work programmes for staff ensuring effective team working arrangements within planning services." 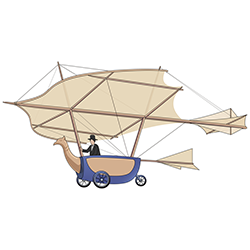 Cayley (1773-1857) had been fascinated by the possibility of manned flight since childhood and the 1853 glider was the culmination of decades of design experiment and modelmaking - having first flown a model glider in 1808. Among his other inventions were artificial limbs, the caterpillar tractor and the tension wheel (still used on bicycles today).

He is best known, however, for his work in aeronautics and many consider him to be the first to understand the underlying principles and forces of flight. The Wright brothers acknowledged their debt to Cayley when creating the first engine driven aeroplane some half a century after the first glider flew.

The job: "This is an exciting opportunity to join Lambeth’s policy and place-shaping team and support the council’s ambitious planning service as it embraces the digital agenda and responds to national transformation programmes.

"The successful candidate will be responsible for managing the council’s planning policy team of six professional planners, reporting to and supporting the head of policy and place-shaping and working alongside the manager of the conservation and urban design team.

"Lambeth expects to be adopting its revised local plan in 2021. Alongside the Mayor’s new London Plan and one made neighbourhood plan, Lambeth therefore has an up-to-date development plan.  A key priority for the post-holder will be to embed consistent implementation of this policy framework through effective and high-quality advice to the council’s development management and regeneration teams, developers, the public and elected members of the council." 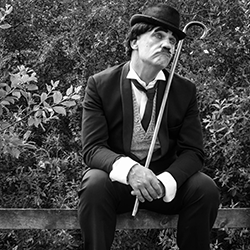 Fun fact: In 2017 a blue plaque was unveiled on the former residence of silent cinema great Charlie Chaplin - a Brixton Road flat in Glenshaw Mansions that Chaplin shared with his brother Sydney from 1908-10.

Chaplin's association with the borough was a lengthy one, however. He was born in 1889 in neighbouring Southwark but, by 1896, records show that he, his mother and brother were at the doors of Lambeth Workhouse seeking sustenance. His upbringing was full of deprivation. In 1898 he lived in Kennington Road. His uncle was the landlord of The Queen's Head in Black Prince Road.

Chaplin was in and out of the workhouse until 14. But, while experiencing hunger and deprivation early, he also experienced performance at a very young age, first standing in for his mother in a music hall performance at the age of just five. By 11, he was the comic cat in a pantomime of Cinderella at the London Hippodrome. In 1912 at the age of 23, he went to America. By 1917 he became the first Hollywood actor to get a $1 million deal. But his work was always rooted in the music hall and variety of early 20th century London.