A round-up of the best jobs on Planner Jobs this week - plus a selection of fun facts associated with their locations.

The job: "As a planner, you will support the delivery of our development management service and help to protect the valued characteristics of our National Park. You will ensure that our park can continue to evolve to meet the changing needs of the environment and the local population. 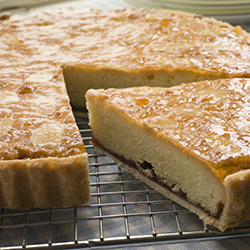 Fun fact: Bakewell, as we're sure you can guess, is where the Bakewell pudding originated. Or is it the Bakewell tart? The two are in fact quite different. You can also throw into the (dessert) mix Mr Kipling's Cherry Bakewells, which are different yet again and have no actual connection with Bakewell itself, since they were invented by a food conglomerate that was listed on the FTSE 100 Index. Mr Kipling wasn't even a real person anyway, but a marketing ploy designed to sell cakes. But you knew that, right?

Anyway, Bakewells - a pudding is a jam pastry with a filling enriched with egg and ground almond; a tart is made with shortcrust pastry, an almond topping and a sponge and jam filling. The latter were apparently created by mistake at the town's White Horse Inn in 1820 when a cook misread a recipe for Bakewell pudding. Customers liked the resulting confection, so the mistake became permanent.

The job: "We are looking for an enthusiastic, committed and experienced highway engineer to join and manage our successful highways team.

"There will be opportunities to lead, manage and support a wide range of development related work, notably responsibility for providing advice on the highway implications of planning applications, including pre-application advice; securing Section 38 and 278 highway agreements; developing innovative, practical transport initiatives to deliver transport infrastructure to support sustainable economic development, housing growth, new local and neighbourhood plans; as well as working with a range of partners and organisations to support sustainable travel and create safe, healthy and people friendly places." 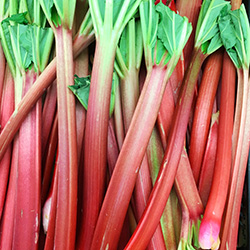 Fun fact: Wakefield is one corner of the famous Rhubarb Triangle - a 9 square mile area between Wakefield, Morley and Rothwell where the majority of the world's 'forced' rhubarb is grown. Rhubarb is in fact native to Siberia, but thrives in the Yorkshire winters - and 'forcing' was developed in the 1800s as a way of creating tender rhubarb for consumption at the beginning of the spring, before it would ordinarily be ready.

'Forcing' is the practice of keeping the plants in the fields for two years without harvesting, then bringing them into sheds in November, where they are kept in warmth and total darkness. The 'forced' growth that occurs under these conditions produces a more tender variety of rhubarb that has been granted Protected Designation of Origin status by the European Commission (though not for much longer, presumably).

Bonus fact: In the British silent film industry of the early 20th century, extras in crowd scenes were instructed to say the word 'rhubarb' repeatedly to make it look as though they were engaged in conversation with each other. The radio based Goon Show later adopted this as a comedic device - in any scene involving a crowd, characters can be heard saying "rhubarb" to one another, often very loudly.

The job: "This is an exciting time for the London Borough of Bexley; as we are at the heart of a regeneration and change as London moves east. The regeneration and growth team are gearing up for growth and are looking to attract an ambitious planner capable of leading on a range of applications.

“We are at the heart of a regeneration and change as London moves east. The regeneration and growth team is gearing up for growth and are looking to attract an ambitious planner capable of leading on a range of applications.

“This role is key for the delivery of the council’s strategic corporate priorities." 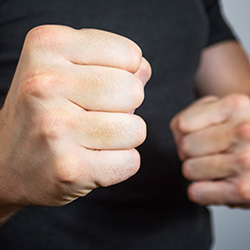 Fun fact: The London Borough of Bexley has an impressive list of notable current and former residents that ranges from eccentric singer-songwriter Kate Bush to suave actor Roger Moore and the very sensible television chef Delia Smith. It was also home to the self-styled 'hardest man in Britain', Lenny McLean.

McLean, who fraternised with London's criminal underworld, made his name as a bare knuckle boxer, bouncer and bodyguard - and latterly as an 'actor' with a small part in the 1998 movie Lock, Stock and Two Smoking Barrels. Born in Hoxton in 1949, he died of cancer aged 49 while living in Bexleyheath. Between times he claimed to have fought in 4,000 unlicensed fights, co-owned a pub with Charlie Kray (the 'legitimate' Kray brother), challenged Muhammed Ali to a boxing match and acted as bodyguard for the likes of Boy George and actor Mike Reid. He also wrote an autobiography - The Guv'nor - which is a colourful read, if not a remotely trustworthy one.

The job: "Now is an exciting time to join a team which is being tasked with planning for growth that will double the population of Milton Keynes to 500,000 people by 2050 and tackle some of the most complex and interesting contemporary place making challenges in the UK. To help us get there, we need a proactive, diligent and experienced senior planner who can work with a high degree of autonomy."

Key duties will include producing, reviewing and updating statutory development plan documents and other planning policy documents; leading on the preparation of technical evidence to support plan making and the delivery of development; and representing the council at examinations in public, public inquiries and hearings. 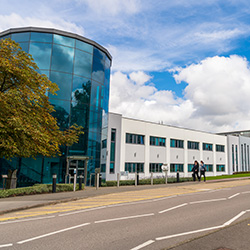 Fun fact: Walton Hall in Milton Keynes is home to the only physical campus of the Open University and is also the university's administrative centre. The 48-hectare campus houses full-time postgraduate research students, more than 1,000 members of academic staff and some 2,500 admin, operational and support staff. With 174,000 students in the UK and a further 7,400 overseas, it is the largest academic institution in the UK, one of the largest in Europe and qualifies as one of the world's biggest universities.

The university was established in 1969 and used the television studios and editing facilities at the BBC's Alexandra Palace studios to create its television based lectures (which ran until 2006). The idea of an open-access university for all was conceived under Harold Wilson's Labour government of the 1960s as a way to build a more competitive economy while promoting equality of opportunity and social mobility. Since its first students enrolled in 1971, more than two million people have studied with the university. Notable alumni include singer songwriter Joan Armatrading, former Prime Minister of Ethiopia Meles Zenawi, actor Romola Garai and Air Chief Marshall Sir Brian Burridge.

The job: "You will assist with the work of the land charges department in collating and providing information in connection with the conveyancing process, to customers such as agents, solicitors, professional bodies and members of the public. You will be required to maintain accurate records and analyse data and information for input into reports. 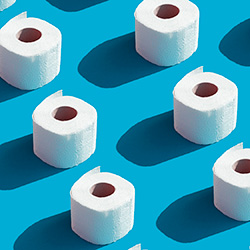 Fun fact: St Andrew's Road, a quiet street in Walthamstow, can claim to be the birthplace of soft two-ply toilet tissue, in 1942. the innovations belonged to a small paper manufacturing firm called Andrew Mills Ltd which had set up shop in the street in 1932.

Initially called Androll - a portmanteau word formed from 'Andrew' and 'roll' - the product was tweaked and renamed as the zippier and more scientific sounding Andrex (which you've probably heard of). By 1947 the firm was displaying a range of paper-based sanitary ware at the British Industries Fair and by 1949 had built a larger factory on the same site. A series of takeovers of the company began in the mid 1950s as it became a global brand, and production had moved to larger factory in Barrow by the mid 1990s.

The company maintains that it provides more than eight million miles of Andrex toilet roll to Britons each year.