Five of the best jobs on Planner Jobs this week. And a fun fact to go with each location.

The job: "You will be part of a proactive team, working directly with an experienced Principal Planner to undertake a varied caseload of applications, for which you will be responsible.

"Alongside this you will have the opportunity to work with other more senior officers across the council on more complex, strategic schemes and projects. This role will give you the opportunity to apply and develop your skills and experience across a wide range of development types in a district with huge potential for growth. The role will enable you to work in a flexible and agile way.

"This is a great career move for someone who wants to work for an ambitious, agile and commercially aware authority." South Kesteven District Council serves four towns within Lincolnshire – Grantham, Stamford, Bourne and the Deepings. 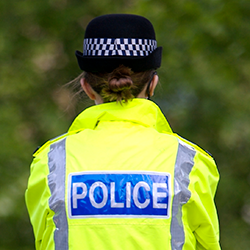 Fun fact: Edith Smith was appointed the first woman police office in England with full power of arrest, in Grantham, Lincolnshire, in August 1915. Her duties were to deal with case where women were involved and she was particularly concerned with trying to reduce the number of prostitutes in Grantham, attracted by the nearby army base.

Wikipedia notes that "In 1916, PC Smith cautioned 100 wayward girls in larceny cases, 16 women and 15 girls were found to be drunk. Ten prostitutes were convicted, 10 were handed over to their parents and 50 were cautioned. Smith wrote of her time in Grantham: 'The appointment has made such a vast difference – the prostitutes have found that it does not pay and the frivolous girls have bowed down.'"

A trained nurse who was also matron at a nursing home, Smith travelled Britain giving talks about policing and wrote a number of pamphlets. She retired from the service in 1918 with a chest complaint and concentrated on nursing. She took her own life in 1923. A blue plaque was unveiled in Grantham in 2014 to commemorate Smith's achievements.

The job: "We are seeking high quality town planners from senior through to director level to join our teams specifically in our Birmingham (Sutton Coldfield), Cirencester and Newcastle offices.

"Our planning teams have extensive experience across many sectors of the industry, including housing, commercial, retail, leisure, health care and sustainable energy. Members of the team have knowledge and engage in all fields of the planning system, ranging from the strategic promotion of sites through the plan-making process to the project management of large and small development schemes via planning applications or planning appeals." 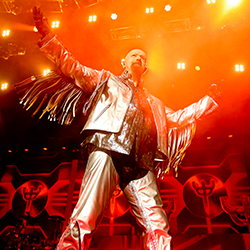 Fun fact: Rob Halford, legendary vocalist for heavy metal band Judas Priest, was born in Sutton Coldfield in 1951. Halford is noted for his wide vocal range (four octaves apparently) and his trademark studs and leather image - but also for becoming the first frontman in heavy metal to come out as gay. He did so in 1999, 26 years after joining the band.

Judas Priest was formed in 1969 and Halford played his first show with the band in 1973. They emerged from what is considered by many to be the birthplace of heavy metal, the West Midlands, alongside bands such as Black Sabbath and Led Zeppelin. It's said the metal sound reflects the rise of heavy industry that powered the West Midlands economy and provided much of the employment.

Judas Priest continue to record and perform, more than half a century after their founding.

The job: "We are looking for an enthusiastic, committed individual, interested in town planning, including use of new technology, to join our highly successful Planning team. There will be opportunities to gain experience in a wide range of development plan work, including a new local plan for the district; infrastructure planning; planning policy advice; development monitoring; regeneration delivery plans; and research studies.

"If you have a suitable qualification, knowledge and a keen interest in place making and sustainable development we would like to hear from you." 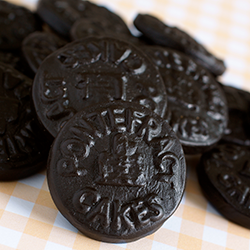 Fun fact: Pontefract, within the Wakefield metropolitan district is the home of the British liquorice industry and, famously, Pontefract Cakes - small discs of liquorice stamped with an emblem signifying Pontefract's castle lodge.

Liquorice, the pungent, sweet flavouring, is extracted from the root of the liquorice plant. Pontefract apparently is one of the few places in the UK that has the right kind of deep sandy soil for growing the plant and thus has become the capital of the UK liquorice industry.

At one time this was a cottage industry, with records from 1648 indicating that it was grown on plots of land behind people's houses and alongside streets in the town. By the 18th century, liquorice was used as a medicine for people and for horses (we now know that overconsumption can lead to serious health issues). Gradually it became  confectionery. Nowadays, two liquorice factories continue to operate in the town and a liquorice festival is held annually.

The job: "A new role has opened for a chartered town planner to join an established town planning consultancy in the Crowborough area on a permanent basis.

"We are looking for the candidate to have the following attributes:-

"On offer is joining a close knit team of six professionals with a competitive salary along with company bonus, pension contribution and more!" 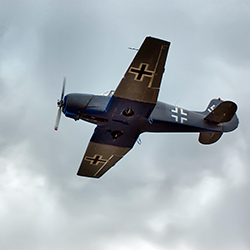 Fun fact: A mile or so outside Crowborough, in the Ashdown Forest, is a very large radio transmitter that was at one time the most powerful in the world. Known as 'the aspidistra', it was used in World War II to disrupt German communications and conduct 'black propaganda' campaigns.

After World War II, the aspidistra was used for BBC External Services to Europe, before closure in 1982.

The job: "Carrington West's dedicated town planning recruitment team are assisting one of our East Midlands based local authority clients with their search for a planning officer.

"The successful candidate will be appointed to a full time role (37 hours) for a period of 3 months starting as soon as possible.

"The role will be focused principally on handling applications for householder applications, advertising consents and lawful development applications including listed building consents. Candidates with experience of similar roles within the context of a historic environment and the Green Belt will be welcomed." 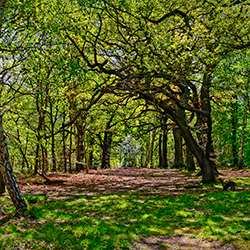 Fun fact: Thynghowe was a Viking-era meeting place in Sherwood Forest in Nottinghamshire where people came to resolve disputes and settle issues. Known from historical texts, it was thought lost to history until its rediscovery by local history enthusiasts in 2005.

An old Norse name – though the site itself is thought possibly to date back to the Bronze Age – Thynghowe derives from two words: 'thyng', an open air assembly place or the governing assembly itself; and 'howe', a mound.

The Sherwood Forest Thynghowe lies amid an area of old oaks known as the Birklands in what remains of Sherwood Forest. It's believed it may have marked a boundary between the Anglo Saxon kingdoms of Mercia and Northumbria and fell within the Danelaw – the area of Britain subject to Danish laws from the 9th to 11th centuries.