The job: "We are looking for an enthusiastic individual to investigate reported alleged breaches of planning control. You will be responsible for undertaking investigations, maintaining case files, and making recommendations on the course of action the council should take.

"We are looking for somebody who is methodical and diligent, and can use online systems confidently. You are required to have excellent communication skills, as a key part of the role is providing advice and assistance to the public and stakeholders. You will need to be a team player committed to meeting challenging casework targets and maintaining the quality of the environment. A wider interest in planning matters would be an advantage." 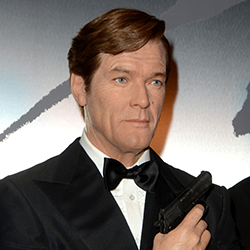 Fun fact: Guy Burgess and Roger Moore both lived in Hemel Hempstead at some point in their lives.  Moore was reported by the Hemel Hempstead Gazette to have lived in Tile Kiln Close in the Leverstock Green area of Hemel in the 1960s - while playing the Saint but before he became Bond. Moore tweeted the newspaper, however, to say: "I never lived in Hemel Hempstead." But the paper doubled down on its claims, producing numerous eyewitnesses to attest to Moore's presence in the town.

Burgess is, for once, less contentious. Notoriously a member of the Cambridge Five spy ring, Burgess attended the exclusive Lockers Park preparatory school as a child from 1920-24, when he went to Eton. As a student at Cambridge University, Burgess embraced left wing politics and was recruited as a spy by the Soviet Union. After the war he joined the diplomatic service, before defecting to the Society Union in 1951.

The job: "The senior planner (housing and viability – Richmond) will independently manage key planning aspects related to affordable housing, including securing financial contributions and will act as the key link between the planning service, the council’s appointed external viability advisor, and the council’s housing department.

"You will actively support the implementation and review of local plan policies on affordable housing, including producing evidence for the emerging new local plan, particularly in relation to securing contributions from small development sites in Richmond. You will also support the council’s statutory planning functions by providing expert advice to case officers on planning applications in relation to affordable housing and understanding viability matters.

"In addition, you will also provide expert advice from planning policy for enabling affordable housing on development sites in the borough, brokering between different departments and external viability consultants." 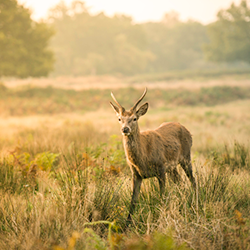 Fun fact: Richmond Park is the largest of London's Royal Parks, the second largest park in London (after Lee Valley) and - at a shade over 1,000 hectares - it's three times the size of New York's Central Park. The Park has much to recommend it: 600 red and fallow deer, The Royal Ballet School, the King's Mound which offers a protected view of St Paul's Cathedral 10 miles away, bridleways, cycle paths and even a golf course.

The Park itself was founded by Charles 1 who, in 1625, brought the royal court to Richmond Palace to escape an outbreak of plague in London. He turned the area on the hill above Richmond into a park for hunting deer and later (in 1637) enclosed the land in walls that still remain today. the 13 kilometre long wall is designated a Grade II listed building.

The job: "We are looking for an enthusiastic and experienced chartered planner to join our team as a principal planning officer within the Department of Environment, Food and Agriculture on the Isle of Man.

"Within this role you will contribute to our ambitious programme for government, to ensure planning helps to drive sustainable economic growth, respond to changing population pressures, and keep the island a special place to live and work.

"You will manage a personal workload of cases relating to a range of developments involving town centre redevelopments, new housing estates, rural building conversions, tourist sites and minerals and waste. As part of this, you will have the opportunity to present to the planning committee and represent the department at appeal hearings.

"Using your knowledge and leadership skills you will line manage two officers and provide advice and support to other members of the team, and determine applications under delegated powers." 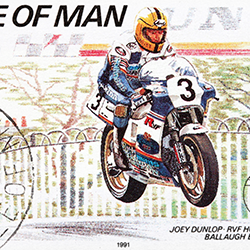 Fun fact: The Isle of Man Tourist Trophy (TT) races, run almost every year since 1907, are generally considered one of the most dangerous racing events in the world. The events sees motorcyclists riding 37 mile laps of the island on public roads at speeds that average more than 130 miles per hour. It is astonishingly dangerous, with more than 150 rider deaths recorded, including five in 2016 alone.

Yet the event is also thrilling, dramatic and incredibly popular, drawing tens of thousands of spectators to the island each June during TT week and creating legends of its great competitors. The greatest of these is the Irishman Joey Dunlop who, between 1976 and 2000 won 26 TT races in a variety of classes. Dunlop died in 2000, after colliding with a tree in wet conditions while leading a 125c race in Estonia - he had already won the 750cc and 600cc events. Each year he would drive a van loaded with supplies to orphanages in the Balkans, an act of charity for which he was awarded the OBE in 1996.

The job: "We are a residential led planning consultancy specialising in the delivery of countryside dwellings of exceptional quality.

"We work throughout the south and midlands on a wide range of rural sites. The nature of our business often involves working within or near sensitive designated landscapes.

"This is a full time position, however, consideration will be given to those seeking part-time work. You will get involved with all forms of planning work, including:

"You will work alongside the Director on a wide range of projects, and in time, lead on several projects of your own.

"Axiom Planning was founded in 2020 and on the back of a hugely successful first year we are now looking to expand the team. Joining a dynamic firm means your contribution and involvement will be wide-ranging and meaningful." 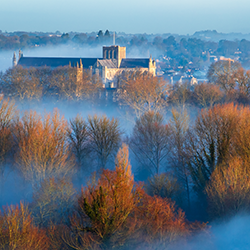 Fun fact: The first and former capital of England, Winchester was the Wessex base for King Alfred the great, the Saxon king who united England against the Vikings. On his death in 899, Alfred was buried beneath the city's Old Minster, which is now the site of Winchester Cathedral. In 1110, the king's bones were taken to Hyde Abbey; from here they were lost to history when the abbey was destroyed during the Reformation.

Winchester Cathedral, one of Europe's largest cathedrals, is also the resting place of King Cnut and the author Jane Austen, a flaming location for The Crown and has 400-year-old graffiti. But no bones belonging to King Alfred.

The job: "In this role you will required to work through a diverse portfolio of planning applications and appeal work and you will also have direct line management responsibilities within an Area Planning Team whilst supporting the team leader in delivering an efficient and effective area planning team.

"Reporting to the planning team leader, you will need a positive and proactive approach to work and you will be expected to provide positive and effective planning advice across the team whilst also handling complex and sensitive matters.  You should have a sound and thorough planning knowledge, with practical experience of all aspects of planning and development control processes.

"As part of the role you will be required to assist the planning team leader in overseeing the work of planning officers within the area planning team, ensuring that the service meets performance targets, provide high standards of customer service and ensures good quality development is delivered." 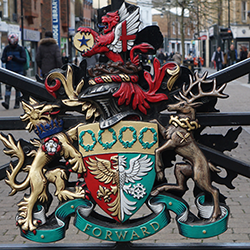 Fun fact: The Crown and Treaty pub in Uxbridge is so-called because Uxbridge was the site of an attempt to negotiate a settlement during the English Civil War between Charles I and his Parliamentary opponents in February 1645.

Dating from 1576, the pub itself is grade II listed and was originally built as a private house. In the 18th century this was reduced in size and to a coaching inn when the Oxford Road was widened. The conversion was overseen by one of the great architects of the age, Sir John Soane.

In 1924, its interior wood panelling was sold to decorate an office in the Empire State Building. It was returned in 1953 to mark the coronation of Queen Elizabeth II.