Five of the best from Planner Jobs this week. And some entertaining facts to amuse and intrigue you.

The job: "Are you a qualified Planner looking to hone your skills in the field of environmental planning?

"As one of the largest authorities in the country, our team are responsible for all elements of minerals and waste planning. From dealing with over 1.4 million tonnes of waste annually, to managing an average of 500 planning cases per year, the team offer a wide range of professional planning expertise. Right now, we are looking for Planners to join our dedicated team.

"In this vital planning role, you’ll enjoy the challenge of working within a busy team, you’ll have the opportunity to be involved in all areas of planning from policy, development management through to enforcement. You’ll also be involved in proposals for the extraction and processing of nationally important industrial minerals, aggregates and waste treatment facilities. In this role, you’ll also work on a range of infrastructure projects, including the new and expanding Schools as part of the County Council’s Capital Programme, major highway schemes and key heritage projects." 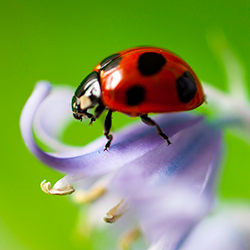 Bishy barnabee. Jasper. Erriwiggle. Jilly-hooter. No, not an Lewis Carroll nonsense language, but real terms for a ladybird, a wasp, an earwig and an owl respectively in 'Norfolkese', the dialect still spoken in Norfolk by many today. Other animal names include hobby (horse), hop's toad (frog) and hin (chicken).

Bishy barnabee is tough to have been named after Bishop Bonner (Bishop Bonner's bee), a 16th century rector of Dereham. It's so memorable that one American mature student of the University of East Anglia actually named her daughter Bishy Barnabee, and the university is to launch a course in Norfolk dialect. Other colourful words and phrases from the dialect include 'all of a muckwash' (sweating profusely), 'fumble fisted' (clumsy) and 'hoddy-doddy' (very small).

The job: "CEMEX is seeking a new planner to join its dynamic specialist team. The role will involve the preparation and project management of a range of minerals and waste planning applications, with accompanying environmental impact assessments where necessary to ensure permissions are obtained on time and to budget. The role of planner will also involve providing general planning advice to the business, preparation of planning appraisals and providing planning policy support."

Primarily known as a cement manufacturer, CEMEX engages in material extraction, landscape restoration and precision of landfill and recycling facilities. 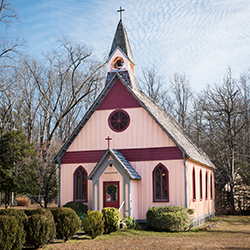 The English town of Rugby has an unusual twin in the state of Tennessee in the United States - a utopian community founded in 1880 by Thomas hughes, a teacher at Rugby School and the author of Tom Brown's Schooldays - the classic, idealistic, account of Victorian boarding school life.

In the late 19th century it became evident that a deadly combination of economic depression and the Feudal law of primogeniture - by which an eldest son inherits the entire family estate - was leading to a generation of idle, bored and frustrated younger sons of landed gentry. Hughes proposed an American colony for precisely this group that would be built around the ideas of Christian socialism that he developed in Tom Brown's Schooldays, chiefly equality and cooperation.

An enormous amount of effort went into creating Rugby, Tennessee, but it was a near total failure. Most of the pampered sons of the wealthy couldn't cut the rigours of building self-sufficient lives founded on farming (in not very forgiving soil) and there were numerous arguments over land ownership. Hughes himself withdrew in 1887.

the community limped on for some decades and was eventually restored - but as a museum, a tourist attraction that still operates today.

The job: "We are looking for someone to lead the major developments team for the next phase of our regeneration programme. The exciting programme includes the development of two city centre rail stations, a new city centre food market, and the implementation of a fresh housing and employment allocation plan.

"You will lead on an established strategic planning function to engage early with projects and developers, working closely with regeneration and urban design disciplines, and will require you to review and improve the use of a pre-planning application process including active promotion of this approach.

"You will be the lead officer for all planning matters that will be presented to the council's strategic planning committee. In light of the proposed planning reforms in the "Planning for The Future" White Paper you’ll consider the scope and shape of the planning service we require, playing a significant role in its design." 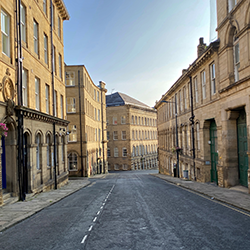 Little Germany in Bradford is a conservation area within the city of historical and architectural interest for its links with the city's 19th century textiles trade. It consists largely of large warehouses built in a neoclassical style, along with a handful of non-commercial buildings such as chapel.

Much of Little Germany was built by Jewish merchants who had emigrated to the city from Germany - hence the name. the immigration occurred in the aftermath of the Franco-Prussian War, which disrupted commercial relations between France and Germany. Bradford had become a more attractive centre for international trade and the warehouses were used tis tore manufactured goods for export.

The job: "We are now looking for a Planning Officer to join us on a full-time basis and support the National Park’s development management activities.

"This is the ideal role for a planning professional with a government or public sector background to advance their career with our culturally and environmentally significant organisation.

"We take responsibility for the breath-taking Dartmoor National Park which has inspired novels, music, television, movies and the arts and we take this seriously. Your role will be of key importance to the success of our planning activities and you will be involved in all aspects of our planning work from review and investigation through to hearings and enforcement." 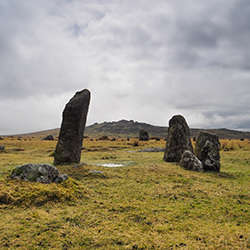 Dartmoor is one of Britain's richest Bronze Age archaeological sites, with a wealth of standing stones and roundhouses dotted around the moor.

The Bronze Age (roughly 2,500 BCE - 700 BCE) appears to have been an  age of large scale settlement on the moor which had already undergone substantial tree clearance in the earlier Neolithic period.

Along with the stone remnants, the discovery in 2014 of the 4,000 year old remains of a young woman tell a story a people who were engaging in tin mining, metalwork and textile manufacture, and had trade links with other parts of Britain (such as Whitby) and overseas, including the Baltic.

The Bronze Age, which camerelatively late to northern Europe, is seen as a transition between small scale agrarian communities reliant on farming to larger, more urban communities with a wider range of industries and technologies, as well as writing.

The job: "North Lincolnshire Council is seeking experienced planning officers to join our busy team in delivering a high quality and customer focused service. Based in our new and progressive workspace in a town centre location you will bring with you a well-developed knowledge of planning procedures and the ability to work collaboratively with colleagues to meet multiple deadlines.

"Your duties will range from processing planning applications to presenting evidence for public inquiries and planning appeals and we will need you to travel around the urban and rural areas of North Lincolnshire to undertake this key role.

"North Lincolnshire is a rural county with picturesque villages and within easy reach of the North East and the East Midlands. The motorway network enables easy access to major cities." 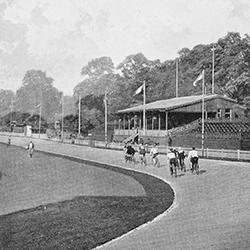 Albert 'Lal' White was a steelworker from Scunthorpe who won a silver medal in cycling at the 1920 Olympic Games and whose life was celebrated in a community opera in 2012.

Cycle Song, performed by more than 900 singers from local schools and singing groups, was written by Tim Sutton with a libretto by 'the bard of Barnsley', poet Ian McMillan. Created to mark the 2012 Cultural Olympiad, it celebrated Scunthorpe's industrial and sporting heritage through the life of one of its greatest sporting icons.

Lal White was one of 17 children who spent more than 50 years working in the town's steelworks. Despite his arduous work, he maintained a punishing training regime and was a prolific winner in the velodromes of the early 20th century. His finest moment came at the Antwerp Olympics of 1920 where he competed in three of the four track cycling events and won silver in the 4,000 metres team pursuit.

Legend has it that, as an amateur rider, White could often not afford the train fare to and from events so he would ride to them with his racing bike strapped to his back.