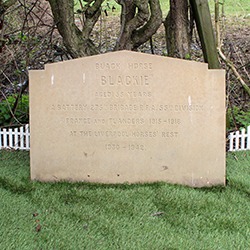 Purpose-built offices just outside the town centre in Huyton, Merseyside.

"Your primary role will be to lead and manage the council’s development management team to ensure that it continues to deliver timely, high quality and lawful planning decisions.

"Working alongside colleagues from other disciplines, under our successful Invest Knowsley brand, you will have the opportunity to be a key part of delivering a range of projects making a positive difference to the future of Knowsley.

"We have high profile projects in flight, including the new Shakespeare North Playhouse and the nationally-recognised Halsnead Garden Village. We are also delivering on three town centre masterplans and progressing the development of five further sustainable urban extension sites."

Knowsley is the smallest borough within Liverpool City Region and comprises the towns and districts of Kirkby, Prescot, Huyton, Whiston, Halewood, Cronton and Stockbridge Village.

Halewood, in Knowsley, is home to the first war horse grave to be awarded heritage protection. The grave is dedicated to Blackie, who served with the 275th Brigade Royal Field Artillery ‘A’ Battery in most of the major battles of the First World War, including Arras, the Somme Offensive and Ypres.

Blackie's master was the wartime poet Leonard Comer Wall who was killed in action at Ypres whilst riding Blackie on 9 June 1917 at the age of 20. Blackie himself survived with shrapnel wounds and lived to the healthy age of 35, dying in 1942 at the Horses' Rest in Halewood. At Wall's request, Blackie was buried with his service medals.

The memorial to Blackie was awarded a Grade II listing in 2017. 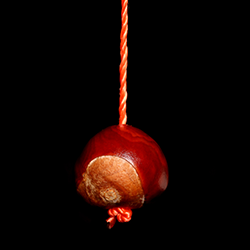 Purpose built offices in the small town of Thrapston, Northamptonshire.

"East Northamptonshire is a prosperous place with six towns and many beautiful villages set within very attractive countryside."

East Northants Council is based in the small town of Thrapston and Rushden. Other settlements include Oundle, Raunds and Higham Ferrers. Much of the district is home to Rockingham Forest and numerous airfields. There are, however, no railway stations in East Northamptonshire.

The World Conker Championships have taken place in villages of Ashton and Southwick since 1965. Reputedly, the contest began when a group of anglers held a conker contest at the Chequered Skipper public house because the weather was too bad to go fishing. The event was held in Ashton for 45 years before moving to a larger venue at the Shuckburgh Arms in Southwick, Northamptonshire in 2009.

Each year, more than 2,000 conkers of the required 30mm width are collected, drilled and strung ready by tournament officials, and some 5,000 spectators watch 400 players from all over the world take part. the next championship will take place on Sunday 13 October 2019. 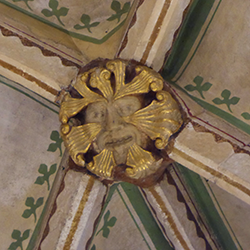 Modern offices beside the leisure centre, just outside the town of Tewkesbury, Gloucestershire.

"We are looking to recruit an enthusiastic and proactive planning and enforcement professional with a flair for positive decision-making to help with our varied and challenging work.

"The successful candidate will be a chartered town planner and will also take a lead on the enforcement service, managing and supporting our planning enforcement officers. In addition to delivering an effective service you will also help raise the profile of the planning enforcement team and the work that they do, whilst also reviewing working practices so that we can offer the best possible service to our customers.

"With an exceptional built and natural environment, the Borough contains a rich diversity of areas including large parts of the Cotswold AONB and Severn Vale, 14 conservation areas, some 1,800 listed heritage assets and the historic market towns of Tewkesbury and Winchcombe.

"Along with this stunning environment and rich history there is huge development pressure. Tewkesbury Borough is at the heart of the M5 economic growth corridor and is preparing to manage up to 40% of Gloucestershire’s entire growth through the recently adopted Joint Core Strategy developed with our neighbours at Gloucester and Cheltenham."

Tewkesbury Abbey is home to around 50 green men - sculptures and carvings of faces surrounded by leaves and greenery. Some are simply grinning, others have wild eyes and masses of twigs and greenery sprouting from their mouths and other orifices.

The green man is found in many cultures around the world and is generally thought to represent natural vegetative deities. It's usually interpreted as a symbol of rebirth - and the green man's ubiquity on ecclesiastical buildings shows how pagan/folk beliefs feeling influenced the development of Christianity in the UK (and elsewhere). 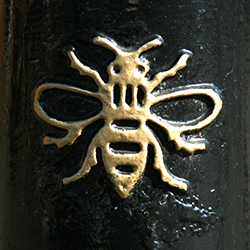 Not revealed (agency job)! But in Manchester, obvs.

"A leading UK planning consultancy is looking for a town planning associate (MRTPI), to join their growing Manchester team.

"With offices across the country, this consultancy is a long-established practice with an enviable client base. Around 75 per cent of its Manchester work is large scale residential developments, with a varied mix making up the remaining quarter.

"This role would see you work as part of a close knit team focusing on large residential projects. The overwhelming majority of work will be across the North West. You'll be working closely with clients, providing consultative guidance while securing approval for planning applications, with support from a planning partner and a team made of junior planners. You will also be expected to network and develop business as the additional growth this will facilitate will be key to your future career growth, eventually taking over a team."

The worker bee became a symbol of Manchester during the Industrial Revolution when the city's textiles mills were commonly described as 'hives of activity'. It symbolises the city's hard-working past, and its identity as a centre of innovation and hard work, pioneering new forms of mass production.

The bee was incorporated into the city's coat of arms in 1842 and has sine appeared in many guises and contexts: HMS Manchester was nicknamed Busy Bee and the bee is depicted on its crest; the Boddingtons logo features a barrel and two bees; the bees can be found on many architectural structures in the city, including lampposts and bollards; and more recently, it's been reclaimed as a symbol of solidarity in the wake of the 2017 Manchester Arena bombing. 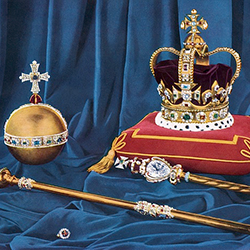 The very modern Welsh Government offices in Aberystwyth, on the west Wales coast.

"The post holder will be responsible for leading a team to deliver NRW’s development planning advice service across several local planning authority areas. The team will provide influential land use planning advice to support local place making and the sustainable management of natural resources.

"The development planning advice service is a new national service in our operations directorate. This is one of four development planning team leader roles in the service.  The team will initially provide a spatial focus for customers in Ceredigion, Brecon Beacons National Park and Powys areas."

Natural Resources Wales is the largest Welsh Government sponsored body, formed in April 2013 to provide advice on environmental issues, to protect the environment and to designate sites of special scientific interest.

Aberystwyth itself is a small market town on the west coast of mid-Wales that grew as a seaside resort in the Victorian era. It is considered to be quite isolated, with the nearest substantial settlement, Swansea, close to two hours' drive away.

The Crown Jewels, along with numerous precious books, manuscripts and paintings, were stored for a safekeeping in a specially built cave in Aberystwyth during the Second World War.

The huge air-conditioned cave - built by the National Library of Wales - provided a safe haven for early Shakespeare documents, a copy of the Magna Carta, manuscripts by Bacon, Milton and Spenser, and paintings by Michelangelo and Raphael, among much else.

Within hours of the declaration of war in 1939 collections from many cultural institutions were crated up and sent by rail to Aberystwyth. The collections of the British Museum alone took up 25 containers, with the material weighing more than 90 tons.