It's the Friday Five - our weekly does of planning jobs goodness. Here you'll find five of the best vacancies advertised on Planner Jobs this week, alongside some place-based facts to keep you amused and entertained. 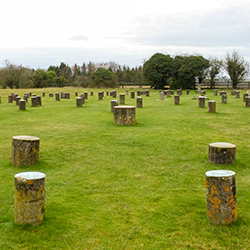 Fun fact: Woodhenge in Durrington, two miles north of Stonehenge, is a wooden henge on a similar scale to Stonehenge and built around the same time as the latter that was discovered through aerial photography in 1926. It is much less researched than Stonehenge and its significance is poorly understood, though it's thought to be a companion monument to the more famous henge, representing a different realm of existence. The two are linked by an ancient path.

Woodhenge, like Stonehenge, is thought to have been built around 2500BCE by the Beaker people, whose culture in Britain spanned the late Neolithic to the early Bronze Age. At its centre was found the buried body of a child, with that of a teenager opposite the entrance to the monument. Butchered remains of pigs have been found at the site, too, suggesting feasting.

One theory is that Woodhenge and Stonehenge each represent different stages in the transition from life to death. Where Woodhenge contains bodies, Stonehenge is free from these and is thought perhaps to represent a realm of the spirit where ancestors reside.

The job: "We are looking for a highly qualified and experienced town planning, or related professional, with extensive senior leadership, management and local government experience.

"You will have responsibility for leading a team of planners and building control officers, attending planning committee as the council’s principal adviser on planning matters, running an effective and efficient statutory service and leading on various corporate projects.

"This is a fantastic opportunity to be part of the senior team in the council, to lead this particular service, to act as an expert advisor to the council on all planning matters and to contribute to our ‘One Council’ collective leadership accountabilities and goals." 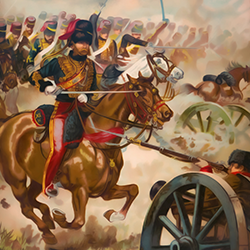 Famously, it was a failed military action that occurred as a result of miscommunication, resulting in the light cavalry charging against heavy Russian guns which cut them down mercilessly. British casualties were high for no actual gain. But, thanks to a poem by Alfred Lord Tennyson, which cast the charge in an heroic light, it has become a byword for glorious, loyal and honourable battling against insuperable odds.

Hughes himself was one of the lucky ones, pinned beneath his horse when it was shot and helped from the battlefield by comrades. He later took part in the siege and capture of Sevastopol and was awarded the Crimea Medal at the end of the war. He went on to become a troop sergeant major and left the army in 1873 after 21 years' service.

He attended reunions for survivors of the Charge of the Light Brigade up to 1913. With the death of his last living comrade in 1923, he became the final survivor of the event. Hughes died in 1927, aged 96, and was buried with full military honours.

The job: "Dot Surveying is a multi-disciplinary property surveying consultancy based throughout the UK with main offices in Edinburgh and Birmingham/Solihull. We specialise in telecommunications and renewables but provide a wide range of services.

"We are seeking a chartered town planner to join an expanding planning team servicing the telecoms (and renewables) sector. The successful candidate will be responsible for: 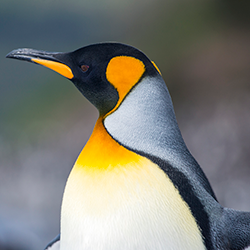 Fun fact: Edinburgh Zoo is home to Brigadier Sir Nils Olav III - not a Norwegian soldier, but a king penguin that acts as the mascot and colonel-in-chief of the Norwegian King's Guard. The story of how this came to be dates back more than a century.

In 1913, Norwegian shipping magnate Christian Salvesen gifted a king penguin to Edinburgh Zoo upon its opening. In 1961, the Norwegian King's Guard took part in the Edinburgh Military Tattoo and a lieutenant named Nils Egelien took an interest in the zoo's penguin colony.

The Guard returned in 1972 and Egelien arranged for the regiment to adopt one of the Zoo's penguins, which was named Nils Olav in honour of Nils Egelien and King Olav V of Norway. Nils Olav was given the rank of lance corporal.

Each time the Guard returns to the Tattoo, Nils Olav (who is now Nils Olav III, his predecessors having passed) is promoted. The penguin is now known as SIR Nils Olav, having been 'knighted' with the approval of the Norwegian king, and is currently a brigadier.

The job: "These are exciting times in Neath Port Talbot, and as we move towards post-Covid economic recovery, we want to ensure planning plays its part in facilitating new development.

"This planner position offers an exciting opportunity to gain or build upon your experience or knowledge in an authority which receives a wide variety of residential, commercial, leisure, energy and other exciting developments. 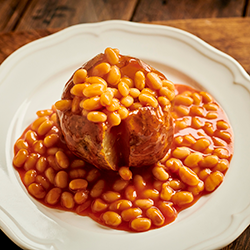 Fun fact: Port Talbot is home to the Baked Bean Museum of Excellence, a private museum contained in the living room, bedroom and kitchen of a third floor council flat inhabited by Barry Kirk - who changed his name by deed poll to Captain Beany.

The museum contains more than 500 items amassed by Captain Beany over many years, including branded food cans, advertising and other promotional items associated with baked beans. At weekends, Beany sells souvenirs from a market stall.

The museum, which is a charitable endeavour, was Port Talbot's fourth most visited attraction in 2018.

The job: "We are looking for an enthusiastic candidate to fill the post of principal planning officer, within a small team of planning officers responsible for development management issues covering part of the Mid Devon district.

"You will process a wide range of more complex planning casework within a defined area of the district, and provide advice on planning matters to users of the service and interested parties. You will also advise from a DM perspective on the preparation of policy guidance and documents as necessary. You will have knowledge of planning legislation, procedures and practice including sign off of reports, presenting to committee and have experience in development management.

"The successful applicant will fulfil an important role within the area team providing assistance to the area team leaders and development manager and will represent the district council at public inquiries and informal hearings as necessary." 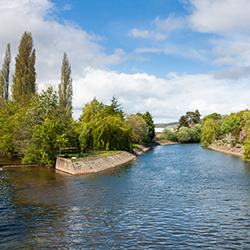 Fun fact: The Perambulation of the Town Leat is a medieval custom that takes place in Tiverton every seven years. Also known as water-bailing, it involves walking the six-mile length of the town's leat - or watercourse - and stopping en route at various points to ritually claim the water for the town.

This all dates back to 1262 when Isabella, Countess of Devon, gave the leat to the town as a water supply. Traditionally, the procession is led by four 'pioneers' armed with sledgehammers and pickaxes whose job is to demolish any obstruction found in the stream. Behind them are the Bailiff of the Hundred, 'Withy-boys' who whip the stream with willow sticks, the police, the beadle, the mayor and finally the public.

The last perambulation, in 2017, attracted more than 400 people. Future perambulations are threatened, however, as the leat itself is under threat. the council is currently trying to raise funds to repair a weir that is close to collapse and which would block the course of the leat.