Five of the best jobs advertised on Planner Jobs this week.

The job: "We are looking for an enthusiastic individual to join our busy development management team in Barnstaple dedicated to looking after the exceptional environment of North Devon - made up of its coastline, moors and historic urban and rural settlements centred on the UNESCO Biosphere Reserve of Braunton Burrows, whilst ensuring that development is of the highest quality.

You will be involved in: 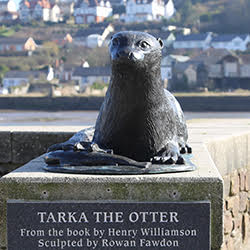 Fun fact: Tarka the Otter, written by Henry Williamson, is a vividly detailed fictional account of the life of an otter in North Devon that is considered one of the great pieces of nature writing. Since publication in 1927, it has never been out of print.

Written by Henry Williamson, the book depicts two years in the life of the otter and recounts his battles for survival in an expressive, detailed and poetic prose style that influenced other writers such as Ted Hughes and Rachel Carson. The book has been credited with transforming perceptions of the otter, which had been considered vermin until its publication; it has also inspired numerous tourism ventures in the region.

Williamson, though born in London in 1895 and raised in Kent, lived in Georgeham, North Devon, from 1921, where he was able to immerse himself in the rural, natural world that he loved. He was a prolific author, but his books are nowadays little read, largely on account of his close involvement with British fascism and support of Hitler prior to World War II. He continued to express admiration of Nazi Germany after the war had ended and to write for British fascist leader Oswald Mosley's The European, as well as the Sunday Express and Sunday Times.

The job: "Working as part of a friendly team on a wide variety of complex projects, you’ll be based in our Buckinghamshire offices, where you’ll manage a diverse caseload of planning related applications, appeals and compliance investigations. Spanning from interpreting complex policies, to representing the council at local authority meetings - this role will offer you exposure in all areas of our planning and environment service." 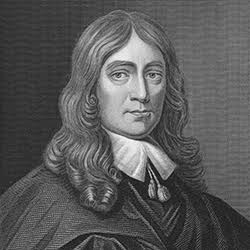 Fun fact: The English poet John Milton competed his epic poem Paradise Lost while living in Chalfont St Giles, Buckinghamshire, in 1665. Milton had retreated to the village from London, where plague was devastating the population. His cottage still stands in the village and is open to the public.

The poem, published in 1667, depicts the Biblical story of the Fall of Man (and woman), their temptation by Satan and expulsion from the Garden of Eden. It is considered the poet's greatest work and one of the great works of English literature.

Milton himself was a republican and served as a civil servant under Oliver Cromwell (for whom he wrote several defences of regicide and the English republic). He was able to read, write and/or speak in at least nine languages (including Old English), continuing to learn them even after becoming completely blind in his early 40s. He died in 1674, aged 65.

The job: "Neo Environmental are seeking to recruit a senior planning professional to lead our planning work in England. The successful candidate must have relevant experience in the Renewables sector, particularly solar or wind. The position will offer the right individual the opportunity to work for a well-established and growing multi-disciplinary planning and environmental consultancy.

"The successful candidate will work on a wide variety of projects, with the main focus on renewable energy developments. Duties: 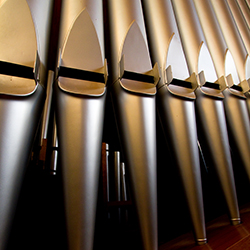 The organ, costing a hefty £3,000 was manufactured in 1870 for John Turner Hopwood, a lawyer and former Liberal MP for Clitheroe, who had a passion for organ music It was installed in his home and its unveiling was commemorated with three days of recitals by the civic organist of Leeds.

The organ was moved twice - first by Hopwood himself to a new house in Rutland in 1883; it was then bought by the Warrington Corporation in 1926 and installed in Parr Hall, where it remains.

The job: "We’re looking for new visionary place-maker to take us into the next phase of Woking’s exciting future. This is a fantastic opportunity in a bold, ‘can do’ authority that is committed to creating sustainable communities in a place with a wide range of development activity.

"A key member of the corporate management group, you will contribute to the overall direction of the council and lead the following services: development management; planning policy; building control; property services; asset management; business liaison; and Brookwood Cemetery.

"A leader who empowers their teams, you will be future focused, innovative in your thinking and inspirational in advocating for planning." 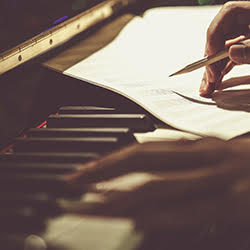 Fun fact: Woking was home to Dame Ethel Smyth, one of the UK's foremost woman composers, from 1910 until her death in 1944 (aged 85). Smyth, whose works included songs, piano pieces, chamber music, orchestral works and operas, rarely received due credit for her accomplishments because of her sex and was generally criticised for not being as capable as men or for not being feminine enough.

She became a musician in spite of opposition from her military father (a major general in the Royal Artillery) and studied in Leipzig, where she met famous composers such as Dvorak, Tchaikovsky and Grieg. During her lifetime her works were recorded by the BBC and she was the first woman composer to have her work performed by New York's Metropolitan Opera.

A committed suffragist, Smyth was for a time imprisoned alongside Emmeline Pankhurst, with whom she was in love. She had a number of passionate affairs, mostly with women, and was a keen golfer. Her ashes were scattered in the woods beside Woking Golf Club.

The job: "As part of our expanding major projects team, you will determine the largest and most complex applications in the borough and provide the council’s response to development in the Ebbsfleet Development Corporation area.  You will ensure that the development coming forward is co-ordinated and the overall outcome is better than the sum of its parts.  You will need to ensure that local communities benefit from the opportunities that new development brings but, also, that the valued elements of the local environment are protected and enhanced.

"We are looking for an experienced and qualified town planner with strong professional skills, experience of dealing with very large and complex urban developments and expertise or an interest in urban design. If you do not yet have a design qualification, we can fund and support you in obtaining one. We wish to strengthen our design capabilities and are offering the opportunity for a fully-funded part-time MA in Urban Design to the successful candidate." 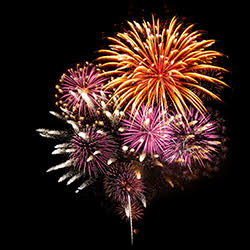 Fun fact: The Wells Fireworks Factory in Dartford, Kent, was one of the largest fireworks factories in Britain until its closure in the 1970s. At the height of the firm's success, it provided fireworks displays for Royal Family Jubilees, coronations and regattas.

The firm was founded by Kent lighterman Joseph Wells in 1837 and settled into its premises in marshland north of Dartford in 1938. Its high standards established a strong international reputation, and Wells secured the contract to provide Walt Disney with fireworks for its theme park in Florida.

It went into decline in the 1970s when more cheaply produced fireworks flooded the market and the company was unwilling to lower its standards. The site closed, but some of its employees kept the company alive as a stage pyrotechnics firm for the entertainment industry. The Wells brand continues to provide stage effects for high profile events and artists.