It's the Friday Five. Again. Feast your eyes on this.

The job: “Fenland District Council is an award-winning progressive organisation, set in the heart of a scenic and unique rural landscape in north Cambridgeshire with diverse market towns and villages with good transport links to London, Cambridge, Peterborough and the North Norfolk coast.

“Our positive, can-do culture enables us to punch above our weight and empowers staff to go that extra mile in delivering important services for local people.

“This is an ideal opportunity for career and professional development within a busy but friendly team dealing with a range of developments and challenges and would be ideal for individuals wishing to take the next step in their career. You will have an interesting and varied case load covering various forms of commercial and residential development as well as major development sites and other growth projects.” 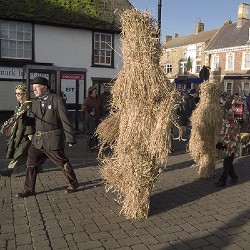 Fun fact: Once a year, in the Fenland village of Whittlesey, a man or boy is wrapped from head to foot in straw and led from house to house where he dances in exchange for food, money or beer.

The Straw Bear - or Strawbower - appears each Plough Tuesday (the day after the first Monday after Twelfth Night) and is accompanied by musicians, morris dancers, molly dancers, longsword dancers, clog dancers and more from the annals of English folk history.

Sessions of traditional music take place in pubs during the day and there’s usually a big barn dance at the end of the week on Saturday, followed by a ritual burning of the Straw Bear (minus person) on the Sunday.

A traditional folk custom, the Festival of the Straw Bear had died out some time in the early 20th century, but was revived in 1980 by the Whittlesey Society.

Little seems to be known about the origins or reasons for the festival, but other similar straw animals are burned in places like Germany to commemorate festivals such as Shrovetide.

The job: “Kings Lynn and West Norfolk is a large Borough with diverse landscapes ranging from the Norfolk Coast AONB in the north, to the Fens and the Brecks in the South.

“There are a range of matters to plan for, including rural issues and urban regeneration, as well as major developments proposed within the main towns of King’s Lynn, Downham Market and Hunstanton. West Norfolk provides a beautiful environment in which to live and work with the council offices based in King’s Lynn, a medieval town and port with an outstanding conservation area.

“As a service manager reporting to our assistant director environment and planning, you will be responsible for producing the Local Plan within the timescales, and for raising its profile. You will have direct responsibility for managing, motivating and directing the policy team to carry out the specific tasks required related to the local plan. You will also take the lead on neighbourhood plans, as well as in the delivery of the council’s strategic policy for the West Winch Growth Area.” 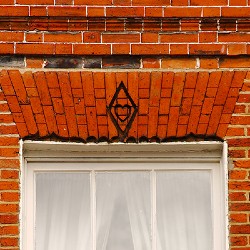 Fun fact: A heart carved into the red brick above a window at the edge of Tuesday Market Place in King’s Lynn is said to mark the marketplace’s location as place where witches were burnt in the 16th and 17th centuries. Specifically, the story goes, a local woman Margaret Read was burned as an alleged witch in the square in 1590. Her heart is said to have burst from her body and struck the wall where a permanent ‘burn’ can now be seen.

This rather gruesome tale marks a gruesome and shameful practice that was particularly prevalent in the East of England during the height of witch scares in the 16th and 17th centuries. Indeed, Norfolk was a major stamping ground of the notorious self-appointed ‘Witchfinder General’ Matthew Hopkins who is reputed to have overseen the killing of 300 women during a short reign of terror during the English Civil War in the 1640s.

Though known to have occurred in the Middle Ages, witch trials in England were conducted mainly from the 15th to 18th centuries and are thought to have been responsible for the killing of between 500-1,000 people, 90 per cent of them women.

Paranoia about witches reached its peak during the Civil War of the 1640s and the Puritan period of the 1650s. Matthew Hopkins’ pamphlets describing his practice of rooting out ‘witches’ (torture, basically) are thought to have inspired the equally notorious Salem witch trials in Massachusetts in 1692.

The job: “Northumberland National Park Authority is looking to recruit a planning officer to play an integral role in providing a positive and proactive planning service in a way that respects the character of the National Park.  This post will be dealing with a wide variety of applications in a unique location, the highest possible designation of protected landscape.

“Our planning officers handle an interesting and challenging range of development management case work, providing pre-application advice to prospective applicants, leading on any planning appeals and compliance and enforcement work. There are also opportunities to be involved in a wide range of planning work, including neighbourhood planning and policy work.” 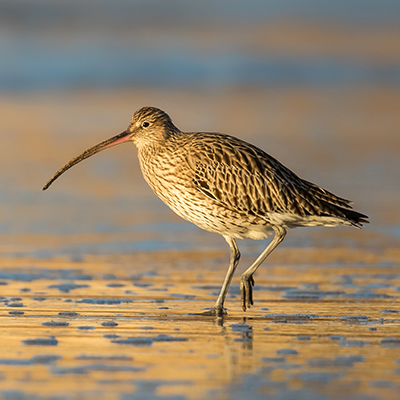 Fun fact: The curlew is the symbol of Northumberland National Park and one of the UK’s threatened bird species, its numbers having declined by 48 per cent in the last quarter century.

A pretty wading bird, immediately recognisable for its elegant curved bill, the curlew is in many ways a symbol of UK efforts more generally to protect threatened bird species.

The UK is home to around a quarter of the world’s population of curlews and Northumberland National Park is one of the UK locations that provides a vital breeding habitat for the birds during spring and summer, its mixture of upland pastures, heather moorland and deep peat mires providing an ideal habitat for a bird that likes to nest in open moorland but feed in wetlands.

Curlews are Europe’s largest wading birds, standing 50-60cm high, and known both for their mottled brown plumage, long and slender downcurved bill and distinctive ‘curl-ee’ call. Feeding on mudflats or very soft ground, the curlew uses its lengthy bill to penetrate the soft earth and root around for worms, shrimps and other invertebrates.

Reduction in its numbers has largely been caused by loss and fragmentation of breeding habitat (largely down to intensified farming methods), increased predation of chicks and eggs, afforestation and other human disturbance. Conservation efforts in places like Northumberland National Park seek to recreate the best kind of habitats for the birds to thrive.

The job: “The role offers an exciting and challenging opportunity to play a lead role within the planning services team in managing our responsibilities in preserving and enhancing the borough’s rich historic environment, which includes eleven individual conservation areas and over seven hundred listed buildings and ancient monuments.

“You will be responsible for assisting in the management of all matters relating to the conservation of the historic environment within the borough, including assisting in and providing advice on, listed buildings, conservation areas and heritage specific projects.

“You will also be expected to work and engage with a range of external partners and groups and across a range of council services to deliver successful heritage focused outcomes.” 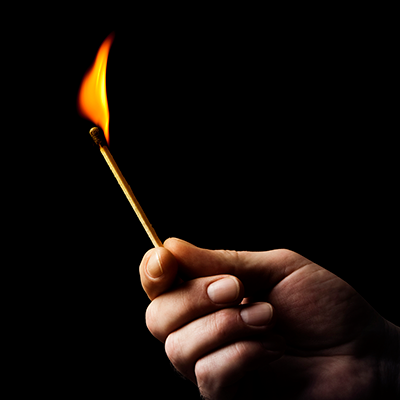 Fun fact: The friction match, so commonplace today, was invented by a Stockton-on-Tees chemist in the early 19th century. Born in the town in 1781, John Walker was originally a surgeon’s assistant but hadn’t the stomach for operations. He restrained as a chemist and set up a business as a chemist and druggist in the high street in around 1818.

It was here he developed an interest in chemical means to make fire easily and experimented with methods for transferring explosive chemical mixtures safely onto a slow burning substance like wood.

The story goes that while he was preparing a lighting mixture, a match that had been dipped in it took fire by accidental friction on his hearth. He had ‘accidentally’ invented the friction match and, recognising its worth, refined it and put it into small scale production.

The first sale was in 1827 – a box of 50 matches with a piece of sandpaper on which to strike them. Though others arrived independently at the same invention, Walker refused to patent his own, believing it should be freely available to all.

Walker’s sulphur-based matches were actually fairly unsafe by modern standards and his recipe was refined over time, first with white phosphorus instead of sulphur and finally red phosphorous, which remains the major chemical in the modern safety match.

The job: “Are you looking for a role that where you will directly influence the delivery of high quality new developments?

“Do you want to be part of an experienced and enthusiastic team?

“Are you looking for a role with variety, where you can be relied on for your expertise and experience?

“Are you educated to degree level and do you have a keen knowledge and interest of the planning system? In this role you will use your negotiation skills to ensure that the expected infrastructure requirements are implemented and high quality new development is delivered on site.

“This post sits in the planning projects team with other specialists including urban design and listed building officers; working towards place shaping and the delivery of key developments to meet the growth needs of the borough.” 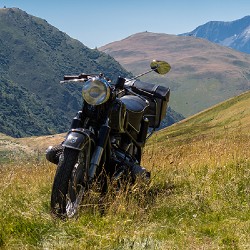 Fun fact:  Godalming resident Elspeth Beard was the first Englishwoman to circumnavigate the Earth by motorcycle, travelling 56,000 kilometres by BMW R60/6 between 1982 and 84.

At the time she had just completed the third year of her architecture degree but, a keen motorcyclist with an evident thirst for adventure, she set off alone at the age of 23. Her journey began in New York, having shipped the bike from the UK and continued via Canada and Mexico before shipping to Australia. In Sydney she worked as an architect before continuing her journey, around Australia and then into Asia, where, in Thailand she hit a dog and recuperated with a family who fed her the remains of the dog she had run over…

From Thailand, she travelled into India, then Pakistan, Turkey and back into Europe and the UK.

Back home, she bought a derelict water tower in Godalming which she converted over five years into a RIBA award winning home. Beard now runs her own architecture practice in Godalming and recounted her motorcycling adventure in a 2017 memoir titled Lone Rider.