It's Friday. Here are five planning jobs for you. It's the Friday Five. No frills, just jobs. And fun facts. Ok, some frills then.

The job: "We are looking for a principal planning officer to support the council’s delivery of the development management service through the effective handling of planning casework, providing pre-application advice to customers and to the council.

"This is a senior role within the team so we are looking for an experienced, proactive and forward thinking individual with excellent negotiating skills who seek solutions to issues and who use their commercial awareness and know-how to deliver a high quality planning service.

"You will be responsible for managing a diverse caseload of major applications with additional responsibilities to supervise other planning officers along with delegated authority to sign off decisions." 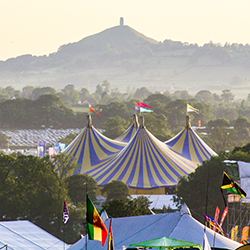 Fun fact: The Glastonbury Festival, held within the Mendip district, will celebrate its 50th anniversary this year with Live at Worthy Farm, a live-streamed, Covid-friendly and audience-free event.

Now globally famous, the Festival has come a long way form its original incarnation as The Glastonbury Fair in 1971, which featured an amazing line-up of David Bowie, Traffic, Fairport Convention, Hawkwind, Gong and more. In keeping with the times, this was a free festival.

In fact, the festival had begun life as the Pilton Festival the previous year, headlined by T Rex. It continued sporadically through the 1970s, became a more or less annual event in the 1980s, still with strong counterculture associations, and then burst into the mainstream in the 1990s with live television coverage and huge audiences.

This year, with no live audience because of Covid, a plethora of top-level performers will instead play the main stages for a global audience watching live via the internet.

"We are looking for an enthusiastic person who has detailed knowledge and comprehensive understanding of complex planning issues and who is able to provide advice and make recommendations on complex planning proposals. To be successful, you will need excellent communication skills, a positive attitude and the ability to work under pressure and on your own initiative.

"Hartlepool is a vibrant and energetic town with growing prospects. The planning services section has established a strong positive reputation for quality of service, in providing a pro-active approach designed to facilitate and promote high quality development." 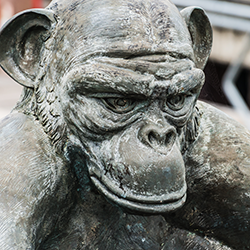 Fun fact: Aside from its role as a kind of barometer of public feeling in contemporary British politics, Hartlepool is probably best known in the public imagination as the place where the locals hanged a monkey that had survived the shipwreck of a French military vessel. The alleged event took place during the Napoleonic Wars and, the story goes, the monkey was the sole survivor of a shipwreck and washed up on the beach in Hartlepool. Because it was dressed for amusement in a French soldier's uniform, the locals - who had never seen a Frenchman - assumed this was an actual French soldier and hanged the poor creature.

It's unlikely that this actually happened, not least because a Scottish folk song describing a near identical event in Aberdeenshire had been knocking around for years before the Napoleonic Wars.

Anyway, the legend persists and is so strongly bound up with the town's identity that in 2002 Hartlepool FC's monkey mascot stood for the election to be the first directly elected mayor of the town, and won. Stuart Drummond, the man in the monkey suit, stood again in 2005 and won by an even bigger margin. He remained mayor until 2013, when the town voted in a referendum, pushed by rival political groups, to abolish the role. Democracy, eh? Incidentally, the former mayor, Stuart Drummond, runs a charitable company that brings empty homes back into use, and houses homesless veterans.

The job: "We’re currently looking for two planners to join us, one on a permanent, full-time basis, and one for a 12-month fixed term contract.

"The Peak District National Park Authority protects, enhances and shares the natural beauty, wildlife and cultural heritage of the Peak District. We also support the economic and social wellbeing of the communities in which we work." 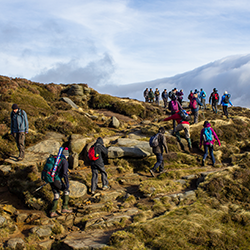 Fun fact: What is now the Peak District National Park was the site, in 1932, of the Kinder mass trespass, a co-ordinated action by walking groups to assert a right to walk in open moorland. As with pretty much all open country in England and Wales, the Peak District was privately owned and closed to the public. It was used exclusively by the landed gentry for agriculture and - more often - grouse shooting for just a couple of weeks a year.

The mass trespass was - and remains - a hugely controversial event. Many credit it with accelerating the passage of legislation to give walkers the right to roam in English and Welsh countryside; others argue that it set the cause of walkers back. In any case, it raised widespread attention to an issue that had otherwise been hidden from view and generated public outrage and a movement for change. It's seen as a turning point in the campaign for access, which culminated in the Countryside rights of Way (CROW) Act in 2000.

The job: "This is an exciting time to join Wakefield Council’s planning services development management team. Our emerging local plan (scheduled for adoption in 2022) sets ambitious housing and job growth targets and to meet this challenge and to ensure that high quality, strategic regeneration initiatives are delivered we are looking for enthusiastic, committed and experienced individuals, qualified in town planning, to join our highly successful development management planning team.

"Suitable candidates will have responsibility for case-managing and determining a range of complex and major planning applications, providing pre-application planning advice and assisting with staff development and Service improvements." 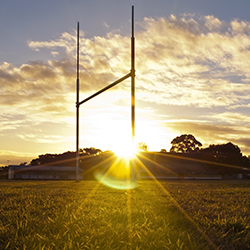 Fun fact: Wakefield is in the heart of rugby league territory and Wakefield Trinity RFC is one of the founding members of the Northern Rugby Football Union in 1895, now known as Rugby Football League.

Over time the game evolved into two separate 'codes' with slightly different rules. Union remained amateur until the mid 1990s and is now a fully professional game, though one that still has strong associations with private schools. Rugby League remains a game rooted in Northern working class communities. It's a much bigger game in Australia and New Zealand, where it's probably the number one sport.

Despite being a founding member of the Rugby Football League Wakefield Trinity have only actually won the league twice - in 1967 and 68.

The job: "We have an exciting opportunity for somebody to lead a dedicated planning compliance team handling a range of enforcement cases across Fenland District.

"You will need to demonstrate that you are a strong team player, customer focused and solution driven. Significant previous experience in planning enforcement is essential. You will have your own caseload and will be responsible for managing and mentoring a junior member of staff.

"Fenland is a rural district with big skies and fresh air located in north Cambridgeshire with four market towns at its heart. Our offices are located in March, five minutes walk from the railway station. There is good access to the coast, Cambridge, London (via the east coast main line at nearby Peterborough) and beyond with very accessible house prices." 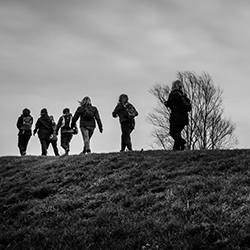 Fun fact: The 'March March march' is a "long, flat pointless walk across the Fens from the town of March to Cambridge" carried out more or less every year by current and former Cambridge University Students. The walk of around 30 miles was initiated in 1979 by student Jonathan Partington "apparently because it seemed a good idea at the time". It has no other purpose than to be called the March March march.

A website dedicated to the March March march records the number of participants each year (in 2007 no-one turned up) and the number of people (69) who have competed the 30-mile walk over the years. Jonathan Partington himself holds the record at 23 and continues to walk the walk most years.

There is also a section dedicated to the walk's customs, which seem to largely consist of pointing out local landmarks en route that are pointed out in the same way every year and complaining about aching feet.