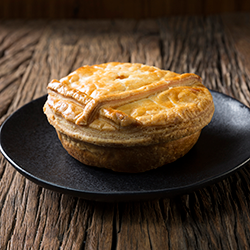 "You will support the team leader in contributing fully to the planning policy agenda, including the Greater Manchester Spatial Framework, guidance and neighbourhood planning, supervising others as required. You will work across programmes, planning applications, projects and funding bids to ensure they are effectively supported. You will also work closely with the development management team to help them approve planning applications that are right for Wigan Borough.

"You will work in partnership across the council, Greater Manchester and regionally to help accelerate the delivery of housing of all types and tenures, economic development, transport infrastructure and services and town centre regeneration."

The most north western of the boroughs that make up Greater Manchester, Wigan is the 9th largest metropolitan borough in England, with a population of some 324,000. Wigan is its largest town, followed by Leigh and number of smaller towns and villages. Though it can be traced back to the 7th century, the town expanded around coal, engineering and textiles during the Industrial Revolution - in particular, it was renowned for its cotton mills. Nowadays, retail/wholesale and manufacturing are its biggest sources of employment.

Since 1992, Wigan has been home to the annual World Pie Eating Championship, usually held at Harry's Bar in the town centre. It's no only meat pies that are eaten - in 2006 a vegetarian pie was added to enable vegetarians to contest a vegetarian title. In 2007, the entrants included a competitor's dog who had scoffed 20 pies on the night before the competition.

Pies must conform to strict measurements - meat and potato pies are 12cm in diameter and 3.5cm deep; vegetarian pies are 10cm x 3cm. The December 2014 contest was declared null and void after wrongly-sized pies were delivered to the pie-munching arena. The intended pies were sent to a nearby divorce party... 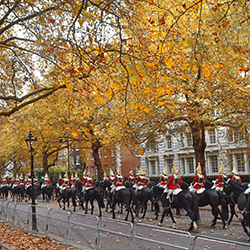 2. A WALK BESIDE THE PALACE

A newly refurbished office block around the corner from Westminster Cathedral and a hop and skip from Buckingham Palace and St James's Park. In London.

"Maintaining the unique identity of Westminster means ensuring property owners and developers adhere to planning regulations  ̶  and that’s the job of our 20-strong planning enforcement team. Working in this diverse and fast-paced urban environment, you’ll undertake enquiries including service of section 330 notices prior to the drafting and arranging service of formal enforcement notices all within prescribed stringent timescales. There will also be opportunities to assist the team in undertaking surveys, site visits, interviews and thorough research of records regarding alleged breaches of planning control."

Thought it barely needs an introduction, it's worth noting that Westminster has 11,000 listed buildings and 56 conservation areas. It occupies most of central London and its numerous noteworthy places range from Chinatown to Trafalgar Square. In terms of area it's one of Englands smallest boroughs, but also one its most densely populated.

Birdcage Walk, running along the southern length of St James's Park, is so-called because it once housed the Royal Aviary. Built by James I in the 17th century, it housed the monarch's hunting falcons and hawks. For some 200 years, apparently, only the monarch and the Grand Falconer were allowed to ride alongside the aviary in carriages - everyone else had to walk (hence Birdcage Walk).

St James's Park also housed the Royal Menagerie which is reputed to have included camels, crocodiles and an elephant. A pod of pelicans continues to live at the park, their descendants having been gifted to Charles II by the Russian ambassador in 1664. 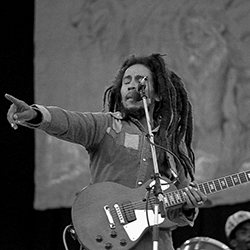 "We are seeking two enthusiastic, motivated and ambitious individuals to take up the duties of team leader in both our development management and planning policy teams. The post-holders in each team will have the responsibility for managing and guiding officers at various levels to help them reach their full potential as well as delivering the corporate priorities.

"Post 1 - Development Management: you will be handling major and minor applications and appeals. Post 2 - Planning Policy: you will be contributing and will assist in improving the quality of the service to residents and local businesses as well as take forward the local plan review."

Based in the Victorian/Edwardian seaside resort of Bexhill-on-Sea, Rother Council also covers the historic towns of Rye and Battle (where the Battle of Hastings was fought), and stretches across a wide, mainly rural area of the High Weald AONB.

Bob Marley is reputed to have played his first UK gig at Bexhill's modernist De La Warr Pavilion on 16 July 1972. Marley, with his backing group The Wailers, was supporting Johnny Nash and the Equals on a charity bill organised by Bexhill Lions Club. Marley had recently released Stir It Up and Nash was promoting I Can See Clearly Now, a huge hit. There is, arguably, at least one earlier performance, however - in March of 1972, Marley and Nash performed together at Peckham Manor School in London, having been invited by the school's art teacher.

The grade I listed De La Warr, opened in 1935, is considered one of the UK's finest modernist buildings. Having fallen into a state of neglect, it was listed in 1986 and refurbished the 2000s with Lottery funding. 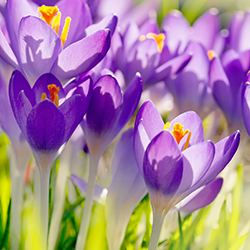 Council council offices in the small market town of Saffron Walden in Essex, in a complex of buildings that includes a the grade II listed former Saffron Walden Hospital.

"We are looking for two experienced senior planner’s or someone who is ready to take their career to become a senior planner. One will be based within the policy team, focusing on delivering a new local plan (submitted and hearings broke for July). One will be within the development management team with responsibilities that include acting as a case officer for complex planning applications and appeals.

Generally considered an affluent district, Uttlesford has a largely rural landscape and has a relatively small population of 88,000. It also includes Stansted Airport, however, which is the district's largest employer, along with a number of airlines.

Saffron Walden is so named because it was once a centre of England's saffron growing industry. The saffron crocus was widely grown in the area in the 16th and 17th centuries because of the towns' favourable soil and climate. The stigmas of the flower were used as spice, in medicines, in perfume, as an aphrodisiac and as a an expensive yellow dye.

By the 1540s the town, previously known as Magna Walden and Chipping Walden, had incorporates Saffron into its name, and it has remained ever since. 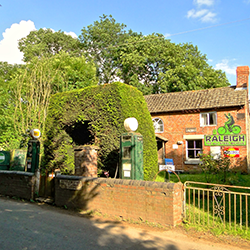 Historic England HQ in a (non-historic) 1990s office built above Cannon Street Station in the City of London.

"An exciting opportunity has arisen in the London and South East Regional team for a policy planner to join us. You'll be a key part of this multidisciplinary team working in this dynamic region to shape fascinating historic places, including urban south Hampshire, the Isle of Wight, Winchester, Oxford and the Chilterns.

"Within your area team you will take lead responsibility for providing expert planning policy advice to partners to help shape development plans across the region, including representing Historic England at Examinations in Public.You will also influence our input to major strategic projects such as those for the Oxford to Cambridge Arc; regeneration and town centre revitalisation such as The Gosport Heritage Action Zone; infrastructure schemes including road, rail and airport projects; and the protection of significant cultural landscapes such as the New Forest National Park and the Blenheim Palace World Heritage Site."

Historic England is a public body that aims to care for, protect and increase appreciation of England's historic environment, including listed buildings, scheduled monuments, registered battlefields, and so on.

Grade II listed West End Garage in Turnastone, Herefordshire, is England's oldest surviving petrol station, opened in 1922 in the front garden of an early 19th century cottage. It was given its listing in 1998 and , remarkably, still sells petrol over the garden wall.

The first filling station in England had been opened in November 1919 at Aldermaston, Berkshire, by the Automobile Association (AA). Here, motorists were served by AA patrolmen in full uniform. By 1923 there were 7,000 pumps in use in England.