A round-up of five of the best, most interesting, significant or unusual jobs on Planner Jobs this week. 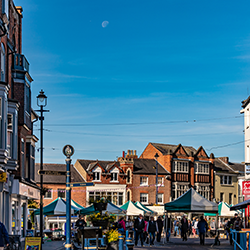 Purpose-built offices next door to the railway station and in a hook of the River Eye in Melton Mowbray, Leicestershire.

"This role will handle a variety of major and high profile planning applications and will contribute to delivering quality decisions. As with other roles, you will support the wider statutory planning function, including contributing to leading projects, service improvements and innovative delivery of services digitally and online.

"This is an exciting time to be joining us with a number of key growth projects underway... Melton Mowbray is renowned as the Rural Capital of Food and has strong ambitions for growth which promote very significant development opportunities."

A medium-sized town north east of Leicester, Melton Mowbray is noted for its pork pies and for being one of the six homes of Stilton cheese. Its history can be traced back to the Roman era and in and around Melton there are 28 scheduled ancient monuments, and around 700 buildings listed as having special architectural or historical interest.

Melton Mowbray has had a market for more than 1,000 years and is reputedly the third oldest market town in England, with Tuesday having been market day since royal approval was given in 1324. 'Market town' or 'market right' is a legal term, originating in the Middle Ages, for a European settlement that has the right to host markets, distinguishing it from a village or city. 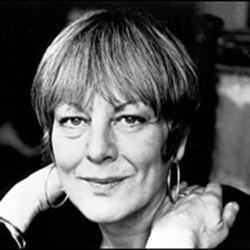 "We are looking for a self-motivated person with significant development management experience to advise on the development potential of sites, as well as dealing with a range of planning applications for major and non- major development.

"Our Planning Service is busy preparing a new local plan, promoting the regeneration of areas of the City and dealing with a range of planning applications central to the economic growth and sustainable future of the city."

A mid-sized city with a an extremely diverse population of more than 300,000, Leicester is perhaps the most centrally located city in England. It's also one of the oldest, and has a long history of textiles and footwear manufacturing.

Leicester is the setting for the fictional diaries of Adrian Mole, created by author Sue Townsend (pictured), who was born, lived and died in the city in 2014, aged 68. In the books, her creation lives in a suburb of Leicester before moving to a thinly disguised Ashby-de-la-Zouch. So celebrated was Townsend's work that  in 2009 she was awarded the freedom of the City of Leicester. 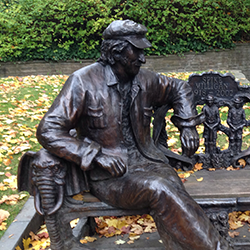 Laurence House, an office block in the centre of Catford, south east London.

"We are seeking a team leader who will be an important member of the wider Planning senior management team, helping to promote and deliver this growth sustainably and to the highest standard.

As a team leader, you will be working collaboratively with the Group Manager, fellow Team Leader and the Major & Strategic Projects Manager. You will be committed to lead, manage and co-ordinate all the activities of a development management area based team to drive the sustainable and effective development of the borough forward."

Lewisham, currently undergoing significant regeneration, encompasses a large swathe of south east London Largely urban, it nevertheless has several large green spaces, and incorporates the districts of Forest Hill, New Cross, Hither Green and Deptford among others. Its population of more than 300,00 is an ethnically, culturally and socio-economically diverse.

Comedian and writer Spike Milligan (The Goons, among much else) went to school at Catford's Brownhill Boys' School and often wrote about the area in his books and sketches. Most famous, perhaps, is the really rather lyrical and downbeat poem Catford 1933, which ends with the lines:

"Somewhere, the Prince of Wales and Mrs Simpson are having morning tea in bed.
God Save the King.
But God help the rest of us" 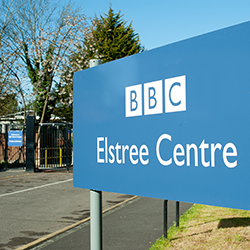 Purpose-built offices in Borehamwood, south Hertfordshire, just over the road from Elstree Studios (where the Star Wars films were made).

"We’re in the process of preparing a positive vision for growth within the borough through the preparation of our new Local Plan. We’re also working to provide a Joint Strategic Plan for the region and striving to deliver a quality focused Development Management service which meets the needs of existing and future residents.

"We have a unique combination of economic opportunities alongside a diverse townscape, villages and extensive areas of green belt land, meaning the borough provides an exciting opportunity to experience every aspect of the planning system.

"We’re looking for people with drive and ambition to help us deliver an excellent service, alongside a true desire to shape and improve the borough. If you think you’ve got what it takes to join our vibrant team please let us know."

Hertsmere borough is a mid-sized borough with a population of just over 100,000 and encompasses the towns of Borehamwood, Elstree, Bushey and Radlett, among others.

Borehamwood and Elstree have a long history of housing film studios, dating back to the silent era. The first, Eldon Avenue Studios, was opened in 1914 by the Neptune Film Company and continues as the BBC Elstree Centre, bought by the corporation in 1984 for its new soap opera, EastEnders.

Elstree Studios, built in 1925, also continues to operate. This was the location for Britain's first talking picture - Alfred Hitchcock's Blackmail, released in 1929. 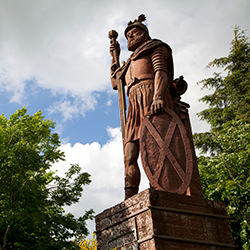 "Wallace Land Investment & Management (Wallace) is a privately owned and funded land promotion company with a proven track record in the promotion and delivery of strategic land throughout Scotland & England.

"Wallace are currently investing in the planning promotion of over 2,000 acres of land across Scotland and England for residential and mixed-use projects. Three exciting graduate opportunities have arisen within each of Wallace’s offices in Edinburgh, Manchester and Harpenden.

The Wallace surname - strongly associated with south-west Scotland - is believed to derive from the Old English wylisc (pronounced "wullish"), meaning "foreigner" or "Welshman".

Perhaps the most famous bearer of the Wallace name is the medieval Scottish knight William Wallace, subject of the film Braveheart. Little is actually known about Wallace's life, however, save for a military campaign in 1297-8, which began with a famous victory at the Battle of Stirling and ended with defeat at Falkirk.

Captured by the English in 1305, Wallace was brutally executed at Smithfield in London, where a plaque now commemorates the man.