A round-up of the best, most interesting and unusual jobs on Planner Jobs this week - along with some fun facts! 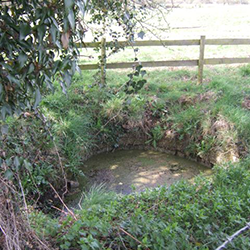 Purpose-built offices in the village of Codsall, a few miles north west of Wolverhampton. In Staffordshire.

“You will have strategic responsibility for our major development projects across the district and will be focused on outside partnerships to make growth and opportunities a reality. You will be the strategic lead on our local plan, which is well under way and inspire our professional planning service to ensure all our development is supported by strong community engagement, sustainability and high quality design."

South Staffordshire is a large, mainly rural district that borders West Midlands, Shropshire and Worcestershire. There are no towns of major size in the district, though may of its settlements are considered dormitory villages for Telford, Stafford and the West Midlands conurbation.

Gunstone, a small settlement just north of Copsall, is the location of a 'leper well' - a sulphurous spring that was thought to have healing properties, particularly for leprosy.  There's also a Leper House Farm, which is thought to be a remnant of a historic 'leper house' in the district.

Leprosy - or Hansen's disease - was common in medieval Europe and peaked between the mid-12th and mid-14th centuries. the Catholic church decreed that lepers should be segregated from the general population in leper houses, usually under monastic supervision.  Though leprosy declined rapidly, the well's waters were still used by people with skin ailments in the late 17th century.

The leper well is now a scheduled ancient monument. 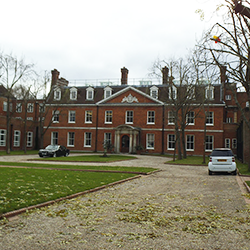 "The council adopted its local plan in January 2019 but faces ongoing challenges and development pressures, including London-wide housing requirements. Progress is being made towards adopting a borough CIL and we need a determined and enthusiastic individual to complete this work."

Bromley is the most south-eastern of the London boroughs and named after its principal town. It's a populous borough, yet London's most rural, with much of the borough in Metropolitan Green Belt. Its main settlements are Bromley, Beckenham and Orpington in the north, and Hayes and West Wickham in the south, close to the borders with Surrey and Kent.

Now part of Bromley Civic Centre, the Bishop's Palace was home to the Bishops of Rochester from the 12th century to 1845. Its grounds contained a Holy Well and an oratory dedicated to Saint Blaise, and the the site became a place of pilgrimage for centuries.

In 1845, however, the manor house was sold to a local businessman. In the 1920s it became a girls' finishing school and then, in 1933, a teacher training college. The college closed in 1980 and the building - now listed - became part of Bromley Civic Centre. Nowadays the palace is used, among things, as a wedding venue. 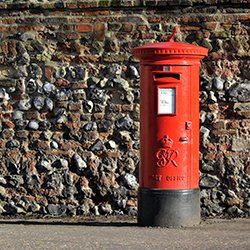 Bernard Weatherill House, a recently-built glossy office building at the centre of the town's ongoing regeneration.

"You will be a key member of the local plan review project team, assisted by an award winning team of planners, urban designers and landscape architects. You will also have the opportunity to get involved in a range of other projects to help you develop your career in planning.

"Croydon has embarked on a review of its local plan. The goal is to plan for 46,000 new homes over the next 20 years (or roughly one new home for every three existing in Croydon today); not forgetting the jobs, services and infrastructure to support that level of growth."

London's southernmost borough, Croydon is a very populous and cosmopolitan area that nevertheless contains a good proportion of green belt and green space within its boundary as it merges with the North Downs in the south.

This anomaly is a quirk of history: Croydon was one of the first places in the country to use a postcode and, in 1967, this was simply designated as CRO - an abbreviation of Croydon. Being new, this was assigned to a large geographic area.

As the rollout of postcodes continued the CRO (letter 'o') was tweaked to the present day CR0 (number '0'). This means that Croydon is the only postal district in the country where the chief district where the head post office is based ends in 0 rather than 1. 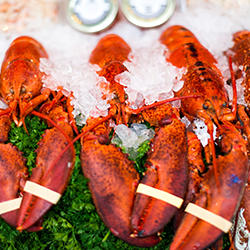 4. ONE TO GET YOUR CLAWS INTO

"The council’slocal plan makes provision for the delivery of over 23,800 new houses and allocates a wide range of housing sites that will help to meet this need. This role will involve managing and making decisions on how available funding is used and helping to ensure that further funding is attracted to the area for the purposes of accelerating/facilitating house building."

East Riding of Yorkshire is a unitary authority covering much of the county of East Riding (but not Hull). The region has few sizeable settlements and no industrial centres, and its economy is founded on agriculture and tourism. Overall, it has a rural, seaside character with historic buildings, nature reserves and the Yorkshire Wolds Way long-distance footpath.

Bridlington, a coastal town in East Riding, is known apparently as the lobster capital of Europe. According to the Yorkshire Post, the town's fishing fleet landed more than 420 tonnes of lobsters in 2014 - more than anywhere else on the continent.

In 2016, it was Yorkshire’s most lucrative fishing port, landing shellfish to the value of £7.2m - £4m of which was lobster. Much of this goes abroad, and France, Spain, and Italy are the major markets for Bridlington lobster.

In 2018 thousands of lobsters washed up on the beaches at Bridlington in stormy weather. More than three tonnes were returned to the sea by the town's fishermen, to ensure ongoing sustainability of the catch. 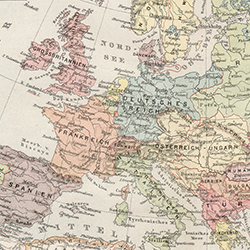 Planning adviser with a specialism in transport and infrastructure planning, The National Trust (two-year contract).

High Wycombe in Buckinghamshire, where the National Trust has an office in the town centre. However, it also manages two historic properties in the area, and you'll be traveling around London and the South East.

"You will deliver a core planning service to our many properties in Buckinghamshire, Oxfordshire and Berkshire. You will also work across the wider London & South East Region (which includes Hampshire, London, Surrey, Sussex and Kent) to support our general managers with infrastructure and sustainable transport planning advice.

"Leading on planning matters across much of the region’s portfolio of properties, you’ll provide expert advice, with a strong focus on heritage and conservation issues. You’ll work on everything from influencing local plans to development management and major infrastructure proposals.

"You’ll use your specialist transport and infrastructure planning knowledge help us to improve our own infrastructure and visitor experience, adapt to climate change and operate our properties in a more sustainable way."

High Wycombe is a busy town that sits at the heart of the Chilterns Area of Outstanding Natural Beauty and which has the benefit of frequent rail connections to London, Oxford and Birmingham.

The National Trust's Hughenden Manor in High Wycombe, once home to Benjamin Disraeli, housed a secret map-making operation during the Second World War. Codenamed ‘Hillside’, Hughenden played such a critical role supporting the pilots of nearby Bomber Command that it was on Hitler’s list of top targets.

Here, around 100 cartographers drew up the maps used for bombing missions during the war, including the ‘Dambusters’ raid and for targeting Hitler’s mountain retreat Eagle’s Nest.

The operation was so secret that it only came to light in the 2000s after a chance encounter between a volunteer working at the house and a visitor who had been stationed at the house during the war.