It's the Friday Five, our weekly round-up of five of the best jobs on Planner jobs, presented along with a selection of 'facts' relating to the jobs' locations. You are not obliged to read these, though we like it when you do.

"East Renfrewshire is an attractive and prosperous area and you will contribute to maintaining high environmental standards and promoting sustainable development in the area. You should be well organised and able to manage a wide and challenging workload. You should be a good communicator who can engage positively with customers in a firm and fair manner, and have good personal and written skills." 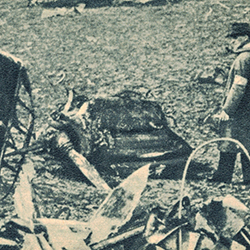 Fun fact: The small village of Waterfoot in East Renfrewshire has two claims to fame linked to flight. Firstly, it's where Rudolf Hess, deputy leader of the Nazi Party, crash landed while attempting to fly to a secret meeting with the Duke Of Hamilton to discuss a potential peace deal in 1941. Hess had flown alone in a Messerschmitt fighter and had to bail out when his plane ran out of fuel. He was found, injured, by a local farmer, who turned him in to the police. He spent the rest of the war in prison.

Secondly, Waterfoot was the birthplace in 1913 of Winifred Drinkwater, who became the first woman in the world to hold a commercial pilot's licence. She achieved this feat in 1932, aged just 19. Just shy of a year later she made her first scheduled flight as an employee of Midland and Scottish Air Ferries, flying a de Havilland Fox Moth bi-plane from Renfrew Aerodrome to Campbeltown. Some of her charter work with the airline included flying photographers over Loch Ness as they searched for the Loch Ness monster, air ambulance work on the Western Isles and undertaking an air search for a boat of kidnappers. Drinkwater died in New Zealand in 1996.

The job: "We are seeking to recruit a senior planning enforcement officer to deliver commitments and take ownership of own case load, seeking to ensure that the policies of the council and planning permissions are correctly implemented to protect the unique character of the area.

"The complexity and nature of the work will reflect the experience, competencies and qualifications of the successful applicant. Our district is already a special place. We are looking for candidates that will help us improve it, making it an even better place to live, learn, do business and enjoy." 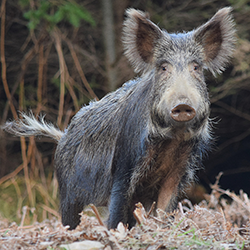 Fun fact: The Forest of Dean is home to the largest wild board population in England. The result of escapes from wild boar farms and deliberate releases since the late 1990s, the herd is now thought to number around 1,100. In general boar are not a problem to human beings, though they may mock charge when feeling their young are under threat - something that people often mistake as an actual attack. They've also been blamed for killing a number of dogs.

However, certain parts of the Forest have become popular with wildlife photographers who feed the boar in order to attract them. This in turn leads to them losing their fear of people, which is likely to cause problems (such as entering towns and villages, approaching people sitting outside at cafes, entering gardens and so forth). Not so good.

Wild boar are actually a native species that, like so many others (wolves, lynx, bear, beavers various birds of prey), were hunted to extinction around three centuries ago. There is now a growing movement for the reintroduction of lost species to aid the restoration of natural landscapes in Britain's ecologically depleted environment.

The job: "This is an opportunity for a confident and ambitious senior planner to join TEP.  We have a wide range of clients and projects including large infrastructure schemes, housing and mixed-use developments and projects where environmental issues are central to success. The role is suitable for office or ‘hybrid working’ with time spent working from home in addition to attending an office.

"TEP is an award-winning consultancy providing multi-disciplinary environmental services to clients in the private, public and voluntary sectors." 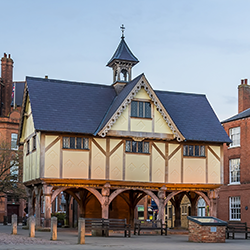 Fun fact: One of Market Harborough's most notable buildings is a former grammar school in the town centre that was built on stilts to accommodate the butter market below. The school was built in 1614 and functioned as as school for close to three centuries before the grammar school moved to newer premises. After various renovations and alterations over the years, it was painstakingly and faithfully restored to its original condition by local firm WW Brown in 2014.

Among the school's notable alumni is physicist, chemist and mathematician Sir William Henry Bragg who, uniquely, was awarded a Nobel Prize jointly with his own son in 1915. They were given the physics prize "for their services in the analysis of crystal structure by means of X-rays". Born in 1862, Bragg traveled to Australia where he was instrumental in building up the science department at Adelaide University; he was involved at the cutting edge in the emerging fields of electromagnetism, x-ray and sonar, in which capacity he was very helpful to Britain in World War I in it efforts to keep track of German submarines. Bragg died in 1942.

The job: "Manchester has a clear vision to be in the top flight of world class-cities by 2025. The planning service in Manchester has a key role to play in supporting this ambition through facilitating sustained economic growth and job creation that benefits everyone, to help deliver more housing with enough affordable housing for those who need it and to enable clean, safe and vibrant neighbourhoods.

"To support this a new senior role has been established; working to the director of planning, building control and licensing; the post holder would lead a significant part of the development management function, including compliance, technical support and a new cross-service specialist performance and monitoring team which will also have a focus on licensing and associated budgets.

"The role, one of two deputy directors, would be part of the leadership team, which is central to developing effective working relationships with major stakeholders including members and in ensuring the service is fully integrated to enable the necessary support is provided to the council." 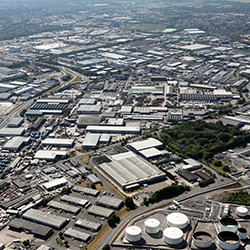 Fun fact: The vast Trafford Park in Manchester was the first planned industrial estate in the world and remains Europe's largest. Situated opposite Salford Quays on the southern side of the Manchester Ship Canal, it occupies an area of around 1,200 hectares and at its peak,  in 1945, provided employment to an astonishing 45,000 people.

The Park sits on land that was formerly the family seat of the de Trafford family, one of Manchester's oldest families (which can trace its history back to Anglo Saxon England). It had been a deer park before the family sold it for industrial development in the late 19th century. Among the early firms to take up occupation were Manchester Patent Fuel Company, in 1898, the Trafford Brick Company, J.W. Southern & Co. (timber merchants), James Gresham (engineers), and W. T. Glovers & Co. (electric cable manufacturers). Glovers also built a power station in the park, on the banks of the Bridgewater Canal.

Its fortunes really took off when British Westinghouse, a subsidiary of the American energy company, set up shop in the park, producing turbines and electric generators on a massive scale. For around a century it was the most important engineering facility in Britain. During the World Wars, other firms on the site were integral to the war effort, building the Rolls Royce Merlin engines that powered Spitfires, for example.

Industry in the park declined post Second World War as containers ships became too big to reach Trafford park via canal. By the 1980s industry had all but disappeared. However, the Trafford Park Urban Development Corporation, formed in 1987, reversed the estate's decline. In the 11 years of its existence, the park attracted 1,000 companies, generating 28,299 new jobs and £1.759 billion of private-sector investment. As of 2008, there were 1,400 companies within Trafford Park, employing an estimated 35,000 people.

"It involves dealing with a wide range of planning applications and appeals including attending planning committees and representing the authority at hearings and inquiries.

"The role will also include providing advice at pre-application stage on draft development proposals, providing specialist technical advice to elected members, managers and staff on the service specialism, and managing staff within the service."

Fun fact: Selby Abbey is one of just a few  surviving abbey churches of the Medieval period and one of the biggest. It's now a grade I listed Anglican parish church that has seen its share of history.

The abbey was founded in 1069 - a year after William the Conqueror's son Henry was reputedly born in Selby - by Benedict of Auxerre. In 1256 it was granted a Mitre by Pope Alexander IV and thus became a 'Mitred Abbey' - one with special powers and privileges. This ended with the dissolution of the monasteries.

The abbey's tower is Norman, but its eastern end is Gothic, and the west front a mixture of Norman, Gothic and Victorian. Its interior was modelled on Durham Cathedral and contains richly carved and moulded capitals (the decorative tops of columns) and the original stained glass in the east window, depicting the Tree of Jesse (the supposed family tree of Christ), a popular subject of that period.

It also contains a stained glass featuring the coat of arms of the Washington family - as in George Washington, first president of the United States. Washington's English ancestors came from Selby. the family's arms feature three red stars above two red bands on a white shield and formed the model for the flag of the District of Columbia.