The Friday Five: five of the best planning jobs available this week - and some other stuff to inform, educate and entertain.

The job: "You will be one of two deputy team leaders, taking a senior leading role in the team and assisting the team with the delivery of high quality, customer focused, development management services. 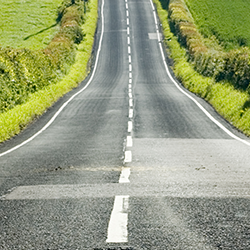 Fun fact: Ashford in Kent was apparently the location of the first white line road markings in the UK. The lines were painted onto a number of dangerous bends on the London to Folkestone road in 1914 (it's not clear whether this was a centre line or guidelines showing the edge of the road). Apparently the first centre white line in a built-up area was painted in Sutton Coldfield in 1921, following complaints by residents about reckless driving.

London saw its first white lines in 1924 in a bid to relieve congestion by keeping vehicles in their lane. By 1926 the First Ministry of Transport published its pioneering guidelines on how, when and where white lines should be used.

The use of white lines increased during the Second World War as a result of pedestrians needing to be able to see the edges of roads during blackouts. As the use of automobiles spread during the 1950s, the use of road markings exploded, with lines at junctions becoming commonplace, as well as the introduction of yellow lines to indicate no parking areas.

Nowadays there are places where you can hardly see the road for markings and the sheer volume of signs makes navigation confusing. Have we gone too far? Maybe we should all be riding bicycles. Ah, simpler times...

The job: "The successful candidate will work alongside the existing head of development management, the head of planning and the wider team to help deliver an exciting programme of service transformation alongside assisting management of the service and its pipeline of projects and cases.

"Enfield has an ambitious emerging local plan and a pipeline of major projects already progressing through the planning system including the Meridian Water regeneration project and a number of estate renewal and council housing projects." 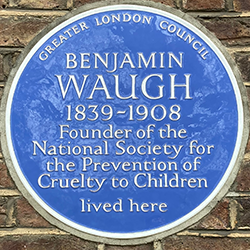 Fun fact: Benjamin Waugh, the Victorian social reformer, lived in Southgate in 1884 when he founded the organisation that would go on to become the NSPCC (National Society for Prevention of Cruelty to Children). Born in Yorkshire in 1839, he studied theology and by the early 1870s was working as a Congregationalist minister in Greenwich, south east London.

It was here he was exposed to - and appalled by - the deprivations, degradations and cruelties suffered by children in Victorian London. He was particularly critical of the workhouse system and the ways in which the justice system dealt with children, treating them as adults, and argued for children's courts and prisons.

In 1884, Waugh co-founded the London Society for the Prevention of Cruelty to Children, echoing an initiative already established in Liverpool. In 1889, this became the NSPCC with Waugh as its director and Queen Victoria its patron. The charity has gone on to become the largest charity campaigning for and working in child protection in the UK.

The job: "There is an exciting opportunity for a qualified planner join a dynamic team that is responsible for developing and implementing Calderdale’s new local plan.

"We are interested in hearing from planners who are enthusiastic about the opportunity to work flexibly across development management and policy making.

"The ideal candidate will be able to cope under pressure, work towards tight deadlines and be able to apply expertise required to carry out the tasks of the role. You will be a critical thinker with excellent communication skills and be a confident public speaker." 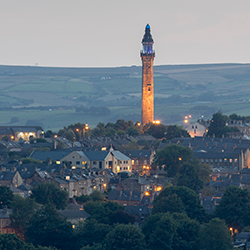 Fun fact: Wainhouse Tower in Halifax, Calderdale, has the unusual - and somewhat eccentric - distinction of being the tallest folly in the world. Standing at 84 metres high, its also the tallest structure in Calderdale.

Constructed between 1871 and 1875, it's an octagonal tower on a square base with 369 steps leading to the first of two viewing platforms (take note - that bit is important) within an ornately decorated top section.

The tower owes its construction in part to antagonism between two landowners, John Wainhouse and his neighbour Sir Henry Edwards. The story goes that Edwards liked to boast, to Wainhouse's annoyance, that he had the most private estate in Halifax, overlooked by no-one. As it happened, Wainhouse owned a dye works for which he had commissioned a chimney; the chimney's height had to satisfy the requirements of the Smoke Abatement Act of 1870 so it had to be tall. But Wainhouse also insisted it be an object of beauty.

Mid-construction, Wainhouse sold the works to its manager, who refused to pay the cost of the unnecessarily ornate chimney. So Wainhouse kept it for himself, converting it into an even more elaborate observatory (hence the viewing platforms) which - one might say deliberately - overlooked his neighbour's estate: Sir Henry could claim privacy no more. In this sense, the folly is reminiscent of the numerous 'spite houses' that have been built over the years by one person to 'spite' another by taking away light, privacy, space, enjoyable views, and so forth.

"This is an exciting opportunity for someone with previous public or private sector planning experience to work in a small friendly team in an authority that has a proven track record of plan adoption and delivery. The successful candidate will assist with this work, as well as other policy matters, the Housing and Economic Land Availability Assessment and preparing and procuring other technical evidence.

"The role will provide an opportunity to further develop experience across a range of projects at a senior level, and will involve networking and community engagement." 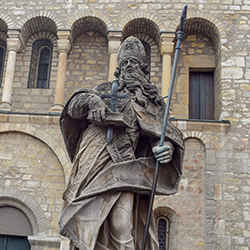 Fun fact: St Boniface, patron saint of Germany, was reputed to have been born in Crediton in mid-Devon in Anglo-Saxon England, some time around 675CE. Born into a prosperous family and named Winfrid, he apparently took to religion early and attended a monastery in Exeter as a young man. He continued his education at a Winchester monastery and was a priest by age 30.

In 716 he set out on a missionary expedition to Frisia. He is considered to have been very successful at this, conducting a campaign of destroying indigenous shrines and holy places, converting 'pagans' and helping to extend the Christian empire into previously hostile lands.

Essentially, though, it's the process of extending and consolidating the influence and institution of the Roman church in modern day Germany on which his reputation rests. It was a time of turmoil, empire building and contest between competing power bases within Christianity. Boniface seems to have proven himself a good politician as well as an effective priest.

It was also a dangerous time: Boniface was killed by bandits during what turned out to be his final attempt to convert recalcitrant Frisians to his faith in 754. Various remarkable acts and miracles were ascribed to Boniface and veneration began immediately after his death. St Boniface's feast day is celebrated on 5 June and Crediton itself has the UK's national shrine to one of its most noteworthy sons.

The job: "We are looking for a planning enforcement officer to work in our fast paced, innovative and supportive planning team, where you will be working across Torquay, Paignton and Brixham investigating alleged breaches of planning control and taking action to remedy them.

"Torbay is a stunning coastal location set in South Devon and is close to Dartmoor National Park as well as being in easy reach of both Plymouth City and Exeter City with links to the M5. This is a beautiful location in which to live and work so getting that work/life balance is in easy reach. Torbay Council has serious ambitions to build on the regeneration and investment already happening in the Bay, so this role will give the right applicant all the job satisfaction they would need.

"Previous experience of planning enforcement or development management is essential, with experience in other regulatory/investigatory functions would also be relevant. We believe this is an exciting opportunity that would suit an individual who is used to working in a stimulating, customer focused environment and is looking for a new challenge." 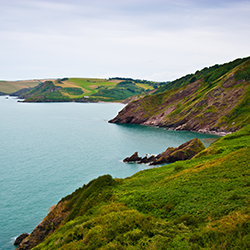 Fun fact: The English Riviera Geopark is one of just eight designated geoparks in the UK. The UNESCO global geopark (held by the English Riviera) designation is given to single, unified geographical areas where sites and landscapes of international geological significance are managed with an all-encompassing concept of protection, education and sustainable development.

The English Riviera Geopark covers 6,200 hectares of land and a further 4,100 hectares of seabed. The status was granted to the area on account of its varied geology covering several geological periods, to whit:

The English Riveria Geopark encompasses more than 20 'geosites' which illustrate the geological variety and beauty of the location, from the Babbacombe Cliffs to Kents Cavern, which yielded animal remains that helped to support Darwin's Theory of Evolution. The sites include quarries, mines, coves and woods. The English Riviera Geopark website gives a good account of the cultural and social history attached to the region's geology, too.