The job: "The Rural Planning Practice is seeking to recruit a fully qualified (MRTPI) senior planner, or a RICS member with suitable experience. This role will require the post-holder to manage a demanding and varied workload of rural projects.

"The practice is a well-established consultancy with offices in Kent and Gloucestershire. This post is based our busy Kent office in Cranbrook.

"You will need to:

"An understanding of, and interest in, rural life in general would also be helpful." 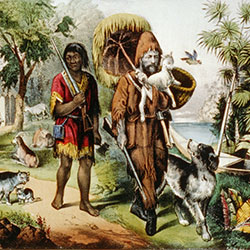 Fun fact: Cranbrook is reputedly the location where Daniel Defoe wrote Robinson Crusoe (a book some consider to be the first English novel, though they may not have heard of Aphra Beyn).

The story goes that the prolific pamphleteer, journalist and political agitator hid in the village from the wrath of King George I, having antagonised him with his political views. Defoe was, at the time employed on government service in Tilbury, not a million miles away.

There is considerable reason to doubt the story, not least the contention that he wrote the novel at his home in Stoke Newington. However, there is also anecdotal evidence that Defoe did indeed spend time in the village and, of course, the lingering legend that he did so.

In any case, the writer went on to write a series of novels, travelogues and histories that have stood the test of time. He died in 1731, probably while in hiding from creditors (he was often in debtor's prison).

The job: "With issues as diverse as town centre and economic regeneration, coastal change, internationally protected habitats and flood risk, Great Yarmouth is the perfect place to start or develop your career in planning.    You will help us by undertaking research, helping to draft planning policy documents including the local plan and explaining complex issues to a variety of audiences.  You will also have an active role in strategic projects and in partnerships with a wide range of organisations.

"Now is an exciting time to join the strategic planning team at the council.  The council is working on an ambitious programme of regeneration and development, from which there are challenges ranging from seafront and town centre regeneration to addressing brownfield site development.  The council’s local plan part 2 is currently going through examination and we will be shortly commencing a full review of the local plan." 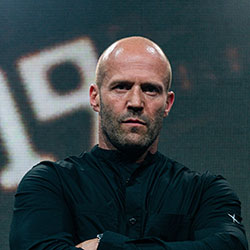 Fun fact: Actor Jason Statham, though born in Derbyshire, grew up in Great Yarmouth and was educated at the town's grammar school. It was while here that he developed a passion for sport, playing football alongside Vinnie Jones, learning martial arts and becoming so good at diving that he represented England in the 1990 Commonwealth Games in Auckland.

Diving led to a modelling career, having been spotted by a sports modelling agency while training, and he posed for the likes of Hilfiger and French Connection while also appearing in pop videos (such as The Shamen's classic Comin' On Up - don't laugh). From here he found himself cast in Guy Ritchie's Lock, Stock and Two Smoking Barrels, on account of his having worked on his dad's market stall as a teenager. The rest is history and, though criticised for the narrow range of his roles, Statham's movies earned £1.1 billion at the box office between 2002 and 2017.

The job: "We are looking for a planning officer to work in our housing and development team who has experience in being the case officer for a range of urban and rural development proposals.

"We are seeking an enthusiastic, motivated and professional planner for this stimulating and varied role who will; 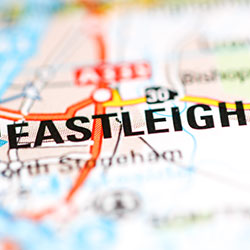 Fun fact: Eastleigh is so-called after two villages - Barton and Eastley - were combined into a single parish with the arrival of the railway. The privilege of naming the new parish was given to local author Charlotte Yonge who had donated £500 to a new church. she opted for Eastley, but with the more modern spelling of Eastleigh.

Yonge, author of The heir of Redclyffe, is now mostly forgotten but was highly regarded by fellow writers and artists in Victorian England. Her historical novels seems to have exerted a powerful influence on the nascent Pre-Raphaelite movement and her descriptions of domestic life were likened by C S Lewis to those of Totstoy. A social reformer, she wrote widely about the urban pollution conditions of Victorian cities and argued for sanitary reform. In that sense, perhaps, she reflected the concerns of the emerging planning profession.

"Not only will you lead the planning process for some of the city’s most important and complex development projects, but you will have the opportunity to work alongside and collaboratively with the team's urban designers, architects, landscape architects and historic environment officers and be exposed to the full work of the team including direct delivery of capital projects." 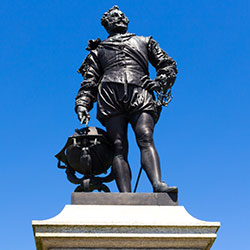 Fun fact: Plymouth was apparently the first town in England to receive a fresh water supply from outside its own boundaries, via the Plymouth Leat, a 17.5 mile watercourse. Opened in 1591, and contracted at the behest of Sir Francis Drake - then Mayor of Plymouth - the leat carried water from from the river Meavy on Dartmoor into the town. It was intended to supply water to shipping, and to provide water for five fighting.

Drake himself reputedly turned the first sod and rode a white horse ahed of the water as it first flowed into Plymouth. He also made a tidy profit from the venture - he was paid £200 for the work plus an additional £100 to compensate any landowners whose property was traversed by the leat. In the event he paid out only £100 for its construction and £60 in compensation, pocketing the remaining £140 - a decent sum in 1591.

The job: "Publica is seeking to recruit a senior planning enforcement officer to deliver commitments and take ownership of their own case load, seeking to ensure that the policies of the council and planning permissions are correctly implemented to protect the unique character of the area."

Publica is a joint enterprise of four councils - Cheltenham, Forest of Dean, Cotswold and West Oxfordshire) - which is seeking to change the way that council services are delivered. This role is covering the Forest of Dean District, an area on the border of England and Wales incorporating a National Forest Park and a location with easy access to the Midlands, Wales and the South West. 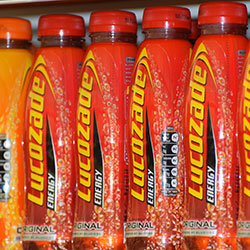 Fun fact: Coleford is the sole location for the manufacture of two of the UK's best known drinks - Ribena and Lucozade. The drinks are produced by Japanese-owned firm LR Suntory at a 53 acre manufacturing site built in 1946.

An astonishing one billion bottles of the drinks are produced each year and shipped around the world. There are some great facts about the drinks production process on the L R Suntory website - but here are just a few: it takes 0.2 seconds to make a bottle; 26,000 bottles are quality checked - by  laser - every ten minutes; the factory has its own watersource with two boreholes on site.

Both beverages were created as health drinks. The blackcurrant cordial Ribena, created by Dr Vernon Charley, was intended to provide valuable vitamins and antioxidants and was distributed free to children and expectant mothers during World War II when other fruits with vitamin C became scarce. Lucozade, meanwhile, was originally called Glucozade and is a ahigh glucose (read sugar) drink intended to help sick children restore and retain their energy. It was invented by Newcastle chemist WIlliam Hunter to help his poorly daughter.