A round-up of five of the best, most interesting or unusual jobs on Planner Jobs this week. Plus some 'fun' facts.

"Due to an internal promotion, we are looking for a planner with good organisational and time management skills, combined with excellent verbal and written communication skills and a commitment to customer care. You will also have the ability to read plans and drawings and prepare and present information effectively in writing and orally."

Waverley is a mid-sized borough in south west Surrey that has been identified as the most prosperous council area in the UK. Bordering the North Downs, it has plenty of green space around historic market towns such as Godalming, Farnham and Haslemere.

Farnham was home to author, actor, hairdresser and hunt saboteur Anthony Faramus, who recorded his survival of three German concentration camps in the books The Faramus Story and Journey into Darkness.

Born in Jersey in 1920, Faramus was also a petty criminal who cooked up a plan to get off the island by pretending to collaborate with the occupying Nazis. The plan backfired spectacularly, he was arrested and Faramus spent the rest of the war in concentration camps at Fort de Romainville, Buchenwald and Mauthausen, where the Nazis punished "Incorrigible Political Enemies of the Reich" with extermination through labour.

Postwar, Faramus wrote about his experiences before becoming an extra in such films as The Colditz Story. He moved to Hollywood where, while not acting, he worked as Clark Gable's butler and chauffeur. Eventually he returned to the UK and Farnham, where he became a well-known hunt saboteur. Faramus died in 1990. His picaresque story is worth a read. 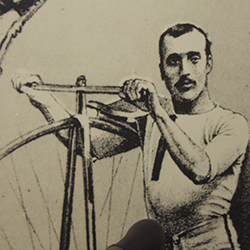 "You will lead on key projects and work streams within the planning policy team work plan.​You will lead on the provision of advice on all transport projects and inputs into strategic consultations affecting the borough, interpreting government strategies, You will make a significant contribution to the delivery of the local plan in this role."

Kingston is a small but populous borough beside the Thames in south west London. At its heart are the towns of Kingston upon Thames, a prosperous market town; Surbiton, famed for being the location of sitcom The Good Life; and New Malden, which has the UK's largest Korean population. The borough has good rail links to central London and proximity both to royal parks and to the North Downs in Surrey.

John 'Happy Jack' Keen was a Surbiton based penny farthing racer of international renown who was regarded as the fastest rider in the world in the 1870s. Keen, born in 1849, introduced himself to the world of racing 'high wheelers' by winning the first race held at a new track in Surbiton in 1869.

In 1872 he was recorded as having ridden ten miles in less than 36 minutes and in 1874 rode 50 miles in 3 hours and nine minutes. Allegedly 12,000 people watched him compete for the one mile professional championship in Wolverhampton in the late 1870s.

Alongside his racing career, which took him to New York, Keen became a noted bicycle builder, working under the Eclipse brand in Surbiton. He died in 1902. 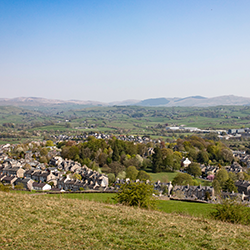 "We are seeking an enthusiastic and adaptable planning officer to join the development control team to work on a range of minerals and waste applications and also to deal with planning applications submitted by the County Council.

"This is an exciting time to join a small friendly team to work on a variety of interesting planning applications within the beautiful geographical area of Cumbria."

Cumbria is a large and sparsely county in north west England renowned for its natural beauty. Though it contains the city of Carlisle and a umber of smaller towns and settlements, it's a largely rural county that contains the Lake District National Park, part of the Yorkshire Dales National Park, a UNESCO World Heritage Site (Hadrian's Wall) and England's highest mountains.

Kendal's main industry in the Middle Ages was the manufacture of woollen goods, and 'Kendal Green' was a hard-wearing wool-based fabric supposedly sported by the Kendalian archers who were instrumental in the English victory over the French at the Battle of Agincourt. Kendal Green was also worn by slaves in the Americas and by foresters - as noted by Shakespeare in Henry IV, Part I:

Prince Henry: "Why, how couldst thou know these men in Kendal green, when it was so dark thou couldst not see thy hand? Come, tell us your reason: what sayest thou to this?" 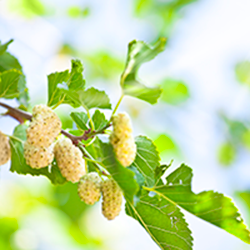 4. HERE WE GO ROUND THE MULBERRY BUSH

"We want to appoint an exceptional service director who can build on our recent achievements, and take us to unprecedented levels of performance and impact. We want your professional ambition to match ours: to be a national benchmark for place and prosperity.

"You’ll have proven leadership credentials in planning, yet in a way which respects diverse voices and perspectives. Inspiring a motivated and highly capable group of colleagues, and able to oversee and deliver complex projects, you’ll have a deep commitment to our ethos. Candidates must thrive in the partnership environment, and understand the role’s contribution to the wider regeneration and economic growth directorate and the Leeds City Region."

The City of Wakefield has the status of both a city and a metropolitan district. It's a mid-sized district with a large population, mostly concentrated in Wakefield itself and the 'five towns' of Normanton, Pontefract, Featherstone, Castleford and Knottingley. These are mainly former coal mining towns and the district as a whole suffered with pit closures, but is now recovering - thanks not least to its proximity to the booming economy of Leeds.

The children's nursery rhyme 'Here we go round the Mulberry Bush' is reputed to have originated with female prisoners at HMP Wakefield. The story goes that a sprig taken from Hatfeild Hall in Stanley, Wakefield, grew into a fully mature mulberry tree around which prisoners exercised in the moonlight. One version has it that prisoners took a walk around the Mulberry bush on their way to be hanged.

In 2016 the tree was shortlisted by the Woodland Trust for its 'tree of the year'. Sadly, it died in 2017 and was cut down and removed on 7 May 2019. Cuttings taken during the 1980s will be replanted at HMP Wakefield to replace the mulberry tree. 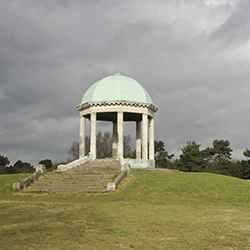 5. REACH FOR THE HEIGHTS

"We are seeking talented and enthusiastic planning or surveying professionals to join our regeneration and development service. You will have the ability to communicate clearly and effectively with the public, colleagues and members, and work effectively with stakeholders. Good written and interpersonal communication skills are essential. A knowledge of the development process and the role that the public sector plays in supporting its delivery is highly desirable. We have an extensive development pipeline, willing partners and a strong determination to unlock development site and attract investment, and we need you to help us achieve this."

Walsall is a mid-sized, populous metropolitan borough in the West Midlands, bounded by Birmingham, Wolverhampton and Sandwell. Centred on the large market town of Walsall, it's largely urban and industrial though there are sizeable patches of farmland and green space in the east of the borough.

Barr Beacon, a hill on the edge of Walsall, is reputedly the highest point following its latitude eastwards until the Ural Mountains in Russia (approximately 2,500 miles away, across the East of England, Denmark/Germany, Latvia and reasonable chunk of Russia).

At 236 metres, it offers views of eleven counties (including Powys) and was historically the site of a beacon where fires were lit in times of impending attack or on celebratory occasions. Nowadays it's at the heart of a 60 hectare nature reserve.