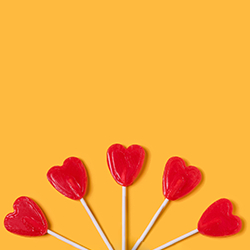 Do we have jobs for you? Why yes, yes we do. Great jobs. The best jobs. And facts. Great, great facts. The best facts. Astounding...astounding facts. None better. It's the Friday Five.

The job: “High Peak Borough Council and Staffordshire Moorlands District Council have a long running and successful shared service. The alliance is nationally recognised for its heritage regeneration programme and works closely with the Peak District National Park Authority.

“As a planning officer within our development services team, you will be dealing with a varied caseload of planning and other applications and playing a key part in delivering sustainable development and contributing towards our ambitious economic growth plans.

“You will work closely with the planning enforcement, planning validation and building control teams to improve joint working opportunities. There will be a need to support the implementation of the council’s ‘open for business’ approach and demonstrate a can-do attitude to build relationships with businesses and communities.” 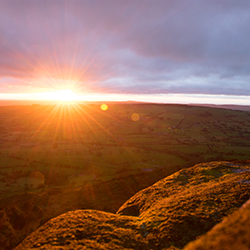 un fact: On or around the summer solstice each year, Leek in Staffordshire is the location of an unusual double sunset. The ‘double’ occurs as a result of a topographic anomaly: The Cloud, a Peak District hill visible on the horizon from Leek, has a steep northern slope forming a hollow against the lower horizon such that as the sun sets behind the summit of the hill, it partially reappears beside the northern slope and ‘sets’ once more in the hollow.

The phenomenon was first written about by the naturalist Robert Plot in his 1686 book The Natural History of Staffordshire. Nowadays, it can attract hundreds of watchers at various observation points around Leek.

The Cloud itself, is one of the highest hills in the area, at 343 metres, and sits on the border between Cheshire and Staffordshire. It offers extensive views over Congleton, Biddulph, Holmes Chapel and Greater Manchester.
You can watch the double sunset on YouTube.

2. LAND USE AND PLANNING OFFICERS (x2), CPRE THE COUNTRYSIDE CHARITY

The job: “We live in times of unprecedented development pressure and policy change, with far reaching reforms to planning law and policy expected in the light of the Levelling Up & Regeneration Bill.

“We are looking for two new land use and planning officers to support our work on influencing better land use at a national level, research how the planning system and farming policy are working at the local level and provide policy advice to our network and supporters.

“CPRE, the countryside charity, fights for a better future for the English countryside. We work locally and nationally to protect, shape and enhance a beautiful, thriving countryside for everyone to value and enjoy. CPRE is also a great place to work with friendly and enthusiastic staff and offices in Old Street, London.

“You will have a good working understanding of either the English planning system or rural land use (in particular farming policy) in England, and relevant research experience.” 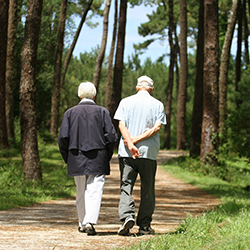 un fact: According to the Rural Factfile in the House of Lords Library, around 90 per cent of England can be classified as rural; yet, in 2020, it contained just 20 per cent of the population.

Another set of stats from Defra (The Statistical Digest of Rural England), found that of England’s 56.6 million population in 2020, 9.7 million (17 per cent) lived in rural areas.

Recent evidence suggests that a flight to the countryside may be occurring, prompted most likely by Covid-19, the desire for more healthy living environments and the greater choice afforded by homeworking. In November 2021, for example, The New Statesman reported that 545,000 town and city dwellers in England and Wales took to the countryside in the year to June 2020, 86,000 from London, 13,000 from Bristol and 12,000 from Birmingham. This move was, significantly, driven by younger age groups, with 54 per cent of those migrating from the urban to rural areas aged under 40. The balance may be shifting…

“In this role you will support and work collaboratively with a group of Highways England regional project teams to deliver DCOs and Highways Act 1980 orders and compulsory purchase orders across multiple major projects in the Road Investment Strategy so that legal and planning requirements and project delivery are met within National Highways’ delivery targets.”

Among other responsibilities, you’ll be required to work with major project teams and to deliver order submission documents; provide specialist training focused on technical areas to project teams; contribute to the maintaining and improving of multiple Project Control Framework products accessed by all National Highways major projects delivery teams. 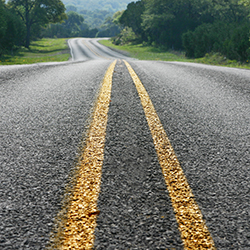 Fun fact: It’s one of the most important and influential inventions in the modern world and probably also one of the most overlooked. Without it, we wouldn't have built out towns and cities as we do and our economies would be run along rather different lines.

Tarmac. Without it, our roads and our economy would not run nearly as smoothly (arguably). In fact, its invention came about – as have so many things – by a happy blend of accident and inspiration: the right person in the right place at the right time.

The right person in this case was Edgar Purnell Hooley, a civil engineer who, in 1889, became the county surveyor for Nottinghamshire. The story goes that one day in 1901 he was passing an ironworks in Denby, Derbyshire, and noticed that a barrel of tar had fallen into the road. Someone had poured waste slag onto the tar to cover the mess and stop it spreading. This ‘unintentional resurfacing’ had solidified the road, with no rutting and no dust.
In other words, an ironworks employee had accidentally found a solution to a problem that had plagued civil engineers for the best part of a century and a civil engineer happened to be there to witness it.

By 1902, Hooley had patented Tarmac, with a ‘recipe’ that involved mechanically mixing tar and aggregate before lay-down, and then compacting the mixture with a steamroller. The tar was modified by adding small amounts of Portland cement, resin, and pitch. Nottingham's Radcliffe Road became the first tarmac road in the world.

Hooley himself was not as good a businessman as he was a civil engineer and he sold the company he set up to sell tarmac in 1905 to the MP for Wolverhampton, who was also the owner of a steelworks that produced large quantities of waste slag.

The job: “This is an exciting time for the London Borough of Bexley; we are at the heart of regeneration and change as London moves east. Bexley is planning for unprecedented growth and development but a key corporate and political priority is to ensure managed and controlled growth and the planning enforcement team (which the successful candidate will manage) will play a crucial role delivering on that priority.

“The ideal candidate will have extensive experience of taking robust formal enforcement action; including drafting and serving notices, being a prosecution witness, defending appeals including at Inquiry and taking direct action. You will also be capable of managing a team of enforcement officers that delivers a robust enforcement service that upholds the credibility of Bexley’s planning system.” 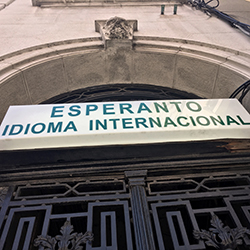 Fun fact: Erith, in the London Borough of Bexley, was the birthplace of a remarkable poet who was nominated three times for the Nobel Prize for Literature – for works written in the artificial language Esperanto.

William Auld was born in Erith in 1924, although his family moved to Glasgow while he was still a child. He studied English Literature at Glasgow University and then, in 1960, became a secondary school teacher in Alloa.

Young Auld’s real passion, however, was Esperanto, the world’s most widely spoken “constructed international auxiliary language” – ie, a language created for the sole purpose of functioning as a universal language in international communications. The language was created by the Polish-Jewish ophthalmologist and linguist Ludwik Lejzer Zamenhof in the 1880s.

He encountered it first when he came across a book about Esperanto at a Glasgow library in 1937. He was intrigued by the idea of a common language and was encouraged in his interest by a Scoutmaster who gave him an Esperanto textbook.

Remarkably, Auld was nominated for the Nobel Prize for Literature in 1999, 2004 and 2006 – all for works published in Esperanto. He died in 2006, aged 81, as a legend in the Esperanto-speaking world. Let’s leave the last words to Bill: “It wasn’t so much Esperanto as internationalism which attracted me. I am, and always have been, a believer in the brotherhood of man and other such outmoded concepts.”

"We need to meet an increased demand in our services and help deliver some of the exciting projects listed below:

•    Working on a multi-million pound operations and maintenance campus for the offshore energy sector
•    Delivering 1,906 houses in the next five years
•    Engaging with the refurbishment of historic assets in an area steeped in quality heritage
•    Engaging with multiple Town Deal and Future High Street projects set to transform the area
•    Shaping £240million of investment across a series of exciting projects (the new £120million river crossing is now under construction)

"If you are ready for your next challenge, you want to work somewhere where you can make a real difference to the community living, working and visiting the Borough, we want to hear from you." 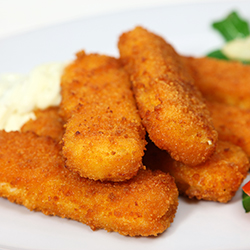 Fun fact: Fish Fingers. EVERYONE loves a Fish Finger, right? Would you feel the same if they were called Battered Cod Pieces? Just think about that for a second (and maybe call a little Middle English history to mind, or Blackadder, for example…).

Thing is, they were so nearly called ‘Battered Cod Pieces upon being launched – you guessed it – in Great Yarmouth in 1955. It was only a poll of female employees at the Birds Eye factory that resulted in the iconic Fish Finger name. They were a more or less instant hit in austere post-war Britain, and have remained incredibly popular – indeed, the Daily Mirror has reported that Brits eat a million Fish Fingers every day.

But how did they come about? Well, Fish Fingers were the invention of an American scientist and explorer, Clarence Birdseye (yes, that was his name). He’d actually patented frozen fish fingers in the UK in 1927. After working as a biologist in Canada, he realised that fish exposed to sub-zero temperatures froze solid almost immediately. He tried for years to recreate the effect in his lab until he finally developed commercial quick freezing.

His early experiments were with ‘herring savouries’ in Wales and ‘cod sticks’ in Southampton. Eventually, in 1955, Fish Fingers were ready for launch at his factory in Great Yarmouth. Billions have been eaten since in the UK alone and the concept has spread globally. Fish Fingers are known as ‘fish sticks’ in the US and Captain Birds Eye is called Captain Igloo in most other territories.

Sadly, Clarence Birdseye himself didn't live to see the amazing popularity of his fish sticks – he died aged 70 in 1956. He did, however, basically invent the frozen food industry and made plenty from the sale of his first company and patents in the 1920s.