The job: "Do you want to lead a team to support and deliver our ambitious plans for growth and development? Since 2008, we have striven to improve design quality across the district, transforming the appearance of our new developments. Home to the maturing landscape of the National Forest, a new leisure centre, Donington Park Race Track, East Midlands International Airport and a new strategic rail freight interchange, our existing settlements will continue to grow as development opportunities increase.

"We are looking for someone with considerable planning knowledge and experience to lead and move forward the work of our busy and successful planning and development team, building on existing strengths and refreshing the way we operate in development management. The successful candidate will need to continue and support the team’s journey of improvement enabling team working to create and maintain collaborative relationships between officers and members." 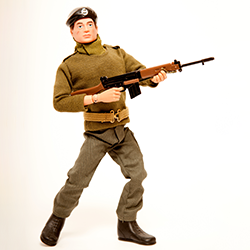 Fun fact: Coalville is the home of Action Man, the doll or 'action figure' aimed at boys that was one of the best-selling toys of the 1960s and 70s. More specifically, Coalville was home to Action Man's manufacturer Palitoy, which also produced other dolls aimed at boys and girls, as well as Star Wars action figures and Care Bears. The company was founded by Alfred Edward Pallett in 1909 to produce celluloid and fancy goods. Its first toy was produced in 1920.

The Action Man figure was launched in 1966 and was based on the popular GI Joe action figure from the USA. At first, the figure was based on American military personnel but from 1970 reflected British armed forces. Action Man also appeared in the guide of an adventurer and a sportsman, such as an Arctic explorer, a mountain rescuer and a deep sea diver.  Action Man was produced until Palitoy ceased to operate in 1984.

The job: "How would you like to balance an amazing quality of life with working in a multi-award winning planning service, one that has just become a joint winner of the RTPI’s local authority planning team of the year?

"An exciting opportunity has arisen to join the strategic developments team, a highly experienced team charged with driving forward the city’s ambitious growth agenda through partnership working and proactive planning. As one of the more senior planning officers in the team, you will lead the development management process on strategic sites, drive forward the delivery of schemes, and be involved in policy formation and the review of the local plan. The successful candidate will work on some of the city’s most important development projects, such as city centre regeneration schemes, new mixed use communities, a major commercial centre in Derriford, and major waterfront regeneration sites." 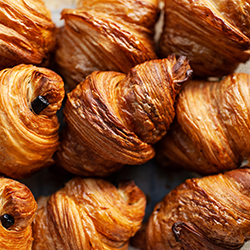 Fun fact: Jacka Bakery in Plymouth is thought to be the oldest still operating bakery in the UK and possibly the oldest commercial bakery in the world. The business, based in a grade II listed building in Plymouth's Barbican - the city's Elizabethan quarter - dates back to the early 1600s.

This was the period of England's emergence and consolidation of its strength as a great seafaring nation, and many of England's seagoing exploits began in the city's port. These included the departure of the Mayflower Pilgrims for a new home in the New World, where they established Plymouth colony.

It is said that the Pilgrims took with them biscuits purchased at Jacka, a story which is as likely to be true as not since the baker was on the dockside and the Pilgrims are known to have stayed at Island House nearby.

The bakery retains many original features, including an Elizabethan balcony at the rear. In 2015 it was taken over by the Laughton family who bake everything on the premises and have earned considerable accolades for the quality of their bread, cakes, coffee and pastries. Worth a visit by the sounds of it.

The job: "We are looking for a town planning consultant to join our team of town planners, architect, architectural technologists and landscape architect to work on a variety of projects from residential development to tourism schemes and from renewable energy proposals to urban extensions. The work includes feasibility studies, planning applications, planning appeals and local plan representations.

"The post would suit an enthusiastic town planner who is, or will be eligible to be, a chartered town planner with experience of the planning system looking for a challenging career in the private sector." 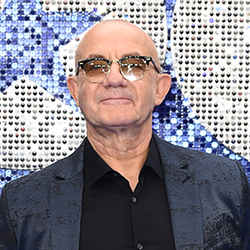 Fun fact: Bernie Taupin, the long-term collaborator and lyric writer of Elton John's best known songs, was born in Sleaford in 1950. He was actually born on a farm between Anwick and Sleaford; his father was a stockman and his mother a nanny, though she had studied French literature. Between them , she and her father - a Cambridge classics graduate, instilled in Taupin a love of literature and nature.

Despite a feeling for words, he was a poor student, leaving school at 15 to work first in a print room and then a succession of dead-end jobs. At 17 he answered an advert in New Musical Express for new songwriting and performing talent for Liberty Records. Elton John answered the same advert. Neither man passed the audition but John told the man behind the desk that he could not write lyrics, so the man handed Elton a sealed envelope from the pile of people submitting lyrics, which he opened on the London Underground ride home. The envelope contained poems by Taupin. John sought him  out and the rest is history.

Their first hit was Your Song in 1970 which propelled Elton John to instant fame. their collaboration has since produced more than 30 albums, a musical and film scores, including hits that range from Rocket Man to Tiny Dancer, I'm Still Standing and Candle in the Wind. The film Rocket Man, released in 2019, charts their relationship. Taupin has also produced solo material, collections of poetry and worked with other artists.

The job: "Rother is a vibrant and inclusive district and we are looking for a forward-thinking team leader to lead our talented and enthusiastic planning team. You will be determined to do your best and help shape the Rother of the future to the benefit of all who live and work here.

"The successful applicant will bring their experience to a critical role dealing with major and other significant applications in both rural and urban situations at a time of growth in the district. The post-holder will also have responsibility for managing and guiding planning officers at various levels in the development management team." 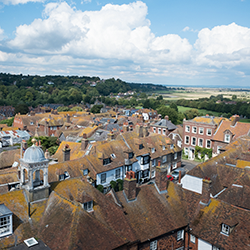 Fun fact: The small harbour town of Rye has been home to a surprising number of high-grade writers, including Joseph Conrad, H G Wells, Henry James and E F Benson, whose Mapp and Lucia novels were set in the town. One of its more remarkable literary residents, though, was Anglo-Indian author Rumer Godde who lived in Lamb House with her second husband from 1968 until his death in 1973. Her ashes were subsequently buried in Rye.

Godden was actually born along the coast in Eastbourne in 1907, but largely raised in Narayanganj, colonial India (now in Bangladesh), where her father worked for the Brahmaputra Steam Navigation Company. Much of her schooling, interrupted by war, was in England but by 1925 she was back in Calcutta, India, where she set up a dance school.

She had begun writing in the 1930s and it was her third published work in 1939, Black Narcissus, that brought her fame. The tale of the disorientation of British Anglican nuns in India was made into a startling film in 1947 by Powell and Pressburger that successfully evokes Godden's vivid, evocative, sensual and atmospheric writing (and which Friday Five recommends, by the way) and Godden was on her way.

Her literary output was prolific: more than 25 novels and short story collections, many adapted for broadcast; a similar number of children's books; a number of non-fiction works, including two autobiographies; collections of poetry and translations. She was the subject of a BBC documentary in the 1990s and died, aged 90, in 1998.

The job: "We are an ambitious, growth focused organisation with a commitment to healthy place-shaping. We are a signatory to the Oxfordshire Housing and Growth Deal agreed with government which supports £215 million of investment for new homes and infrastructure across Oxfordshire. We have three urban areas all with planned growth situated within the Oxford-Cambridge Arc. Cherwell is growing.

"Our busy development management team needs a bright, enthusiastic and dynamic individual to lead on the processing and determination of a variety of application types. You will be expected to deal with a range of pre-applications, applications and appeals including those of a complex or controversial nature and/or corporate priority to the council. You will be expected to provide a high quality, efficient and value for money development management service.

"Working with a delivery focused but friendly group of planners you will need to be a self-starter who works quickly, accurately and flexibly."

Fun fact: Kidlington, within Cherwell, has a reasonable claim to be the largest village in  England - though this is a status that is very hard to define and which is disputed by numerous other putative largest villages in England. The 2011 census put the parish's population at more than 13,000. This is obviously considerably larger than the average village; but Kidlington's residents have so far resisted all proposals to change its status to a town.

The historic definition of a town is a place with a town charter and a regular market. But plenty of places (such as the new towns) have neither of those and plainly are not villages. Ultimately, it seems to come down to whether growing villages decide that they want to be called towns or not. Kidlington's rivals for the crown include Lancing in West Sussex (population 18,000 - come on!) and Ecclesfield in south Yorkshire. The latter has a population of more than 32,000 - which is frankly absurd for anwyere that calls itself a village - and is the most populous civil parish in England not to meet the two town criteria and not to be a new town.

Kidlington is also notable for being a place where Chinese tourists stop in large numbers to have their photos taken outside the village's picturesue houses. It turns out that these are visitors who have been unwilling to pay the tour operator's large fee for tours of nearby Blenheim Palace. The tour operator thus drops them at Kidlington which they consider too far away from Blenheim to walk. the reason they do this is because the tourists would discover, on arriving at Blenheim, that they can purchase the same tour directly from the palace for less than half the price charged by the tour operator. Up with real villages! Down with profiteering tour operators!