The job: "With a local plan review underway, we’ve invested additional resources into our planning service and now have an exciting opportunity in our development management team.  We’re looking to recruit a planner into one of our career graded planning officer roles, which is a great opportunity whether you are looking for a more senior role or would like to expand your experience in a forward-thinking local planning authority.

"South Staffordshire is a diverse district, made up of a collection of large and small villages, each with its own distinctive character set in an attractive semi-rural area on the western edge of the West Midlands conurbation. Around 80% of the district is Green Belt and we have a rich legacy of historic buildings and conservation areas. We are also home to some major employers such as Jaguar Land Rover, and the West Midlands Interchange application will provide the opportunity to work on a Nationally Significant Infrastructure Project." 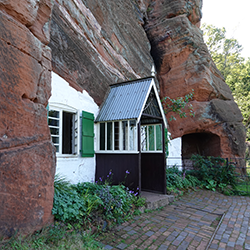 Fun fact: The South Staffordshire district is home to the last occupied 'troglodyte' houses in the UK, which were home to several dozen people until the mid-1950s. The Holy Austin Rock Houses at Kinver Edge - now a National Trust property - were carved into the 164 metre tall sandstone ridge by quarry workers. Records place occupation of cave homes at the site to 1777, but it's thought it may date further back, to the 1600s.

At their height, the Holy Austin Rock Houses were home to 11 families who lived simply but surprisingly comfortably (with no running water or electricity) and who even ran a tea room after the site tarted to become a visitor attraction in the early 20th century, aided buy a light railway transporting people into an area that was advertised as the 'Switzerland of the Midlands'. By the mid-1950s the last remaining families were persuaded to move into council housing and the site was closed down.

Restoration began in the early 1990s and two homes are now open to the general public, as well as the Rock House Cafe.

The job: "Handling a varied caseload with an emphasis on large scale major development, you will work closely with others, helping to shape Planning Services to deliver physical, social and economic growth for Milton Keynes. You will also be responsible for signing-off delegated decisions and will have direct management responsibility for 2-3 junior officers. This role is accountable to the team leaders and offers a fantastic opportunity for professional development in a rapidly growing area of the country. 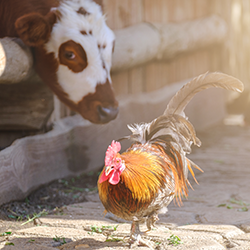 Fun fact: Stony Stratford, a 'constituent town' of Milton Keynes, is reputedly the place where the phrase 'a cock and bull story' comes from. The town had two coaching inns - The Cock and The Bull - both originally built in the 1400s and surviving to the day. They were a main stopping point from London to Birmingham, Chester and North Wales, so were frequented by large numbers of travellers.

One source has it that "travellers vied to tell taller and taller tales between the two bars as the evening went on". Another, more likely, merely refers to "traveller's gossip and rumour exchanged between two coaching inns". The website phrases.org.uk, however, dismisses this story as a possible origins of the phrase, saying "it's more likely that the phrase comes from old folk tales that featured magical animals". Apparently the first known use of the phrase in English come from Robert Burton's The Anatomy of Melancholy, written in 1621: "Some mens whole delight is to talk of a Cock and Bull over a pot."

The job: "As head of planning (development and policy), you’ll join a team that’s transforming to support an evolving place and community. You’ll have a key role to play as you lead our development management and policy teams. Together, you’ll provide a high-quality service and deliver sustainable development plans through fit-for-purpose processes and procedures. And, by working closely with stakeholders, you’ll see that all activities fit with our broader objectives.

"You’ll also strive to make your function the best that it can be. Day to day, you’ll support and mentor staff, so they’re equipped to make effective planning decisions. Meanwhile, you’ll be reviewing software, encouraging collaboration with other areas and shaping a business-minded function that applies innovative practice." 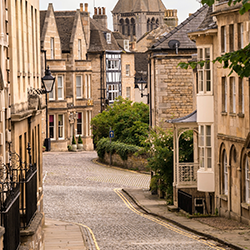 Fun fact: Stamford, an ancient market town in South Kesteven, was designated the UK's first conservation area in 1967. The town, which has developed over 1,000 years, has a population of around 12,000 and more than 600 listed buildings, eight at grade I and 101 at grade II*.

Stamford was the first location to be granted the status after the Civic Amenities Act 1967 created conservation areas. The idea was a response to the loss of historic fabric of towns, city and neighbourhoods in the postwar building boom. Conservation areas are places of special architectural and historic interest that is worth preserving and they are protected by stricter planning rules than non-conservation areas. Nowadays, there are some 10,000 in England alone.

"The role will involve the delivery of major development sites and the council’s regeneration priorities. The successful candidate will also be responsible for delivering performance management systems to secure excellent customer service whilst developing new and more efficient business processes, and will therefore make an important contribution to the planning service." 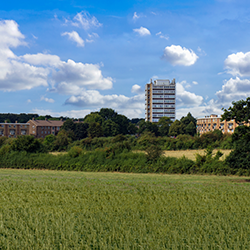 Fun fact: The Lawn in Harlow, Essex, was the the first residential tower block in the UK. Completed in 1951 to coincide with the Festival of Britain, its ten storeys contain forty flats. It wouldn't necessarily be considered 'high rise' by modern standards, but it ushered in an era of taller buildings that had produced some 440,000 flat developments for public housing by the mid-1970s.

Harlow was designated one of several new towns in 1946 and responsibility for the particular estate near Old Harlow that features The Lawn was given to the architect Sir Frederick Gibberd. It was envisaged that the estate would be two storey houses with gardens but Gibberd, consultant architect planner for Harlow and a proponent of mixed development, insisted on 20-30 per cent being flats. The Lawn has an unconventional 'butterfly' shape, designed to preserve a number of oak trees on the site, and won a Ministry of Health housing medal on completion. Gibberd lived in Harlow until his death in 1984.

The job: "We are now seeking exceptional people to join the council’s corporate leadership team to help us shape and deliver a progressive agenda for our city and its people. 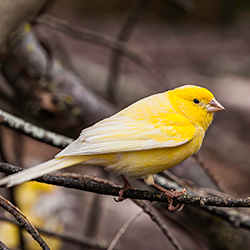 Fun fact: Norwich has a strong association with canaries, even down to Norwich City FC being nicknamed The Canaries. But how did the connection with a non-native bird come about?

The story goes back to the 16th and 17th centuries and the arrival of Flemish weavers, Calvinists escaping religious persecution in the Dutch and Belgium homelands. Many found their way to Norwich which being on the east coast and at that time Britain's second city, was a natural place to settle and set up business.

'The Strangers', as they were known, brought with them canaries as pets. The birds, which would sing in response to the sound of the weavers' machines, were prized companions during long days and nights of labour and became indelibly associated not just with the Flemish weavers and their descendants, but with the city itself. The fashion for keeping canaries, which were bred to be more and more yellow, lasted for at leat 200 years- and Norwich became a major breeding and export centre for the birds, to boot.