Five of the best jobs on Planner Jobs this week. Plus some facts relating to each location. Remember these – we'll be testing you later.

The job: "North East Derbyshire District Council places great importance on its planning service delivering sustainable development and jobs in the right places while protecting and enhancing its rich and varied countryside.

"To meet these increasing demands we are looking to add two key posts to our development management applications team and to our enforcement team.

"The principal planning officer (development management) will have significant experience dealing with complex and contentious planning applications and appeals. The senior planning officer (development management) must be experienced in managing a large case load of planning applications and the processes and communications that derive from them. 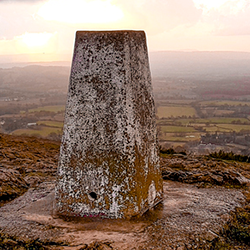 Fun fact: To the east of the village of Ashover in North East Derbyshire, is a viewpoint marked by a boulder known as 'The Fabrick' or 'Ashover Rock'. The Fabrick sits in heathland 299 metres above sea level and affords a view on a clear day that takes in five counties: South Yorkshire, Derbyshire, Nottinghamshire, Leicestershire and Staffordshire.

The Fabrick was privately owned by the Bassett sisters who were descendants of the family known for creating Bassetts Liquorice Allsorts. In 2006 the site was donated to Derbyshire County Council. Morris dancers gather here to dance on certain days in the Pagan calendar.

The job: "This is a key post in the strategic planning and infrastructure department. You will work alongside the service director and other heads in planning policy, transport, environmental planning and housing to ensure the department remains central to Plymouth’s ambitious growth agenda.

"You will be responsible for managing all aspects of development management as well building control. You will be responsible for four managers and take the lead on key functions of development management such as planning committee, the most significant regeneration projects, senior member briefings and implementation of the Building Safety Bill recommendations.

"Plymouth City Council has a culture of excellence in development management, both in terms of performance and customer service. This culture of excellence has resulted in numerous awards, including the RTPI Planning Authority of the year, RTPI Silver Jubilee Cup for the Plan for Homes initiative and RTPI awards for its joint local plan." 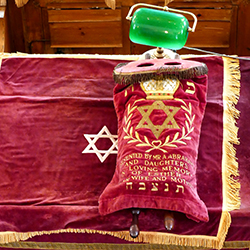 Fun fact: Plymouth Synagogue is considered to be the oldest extant synagogue built by Ashkenazi Jews in the English speaking world.

Now a grade II* listed building, it was built in 1762 by the Jewish community that was present in the city from the mid 18th-century. These were immigrants primarily from Germany and the Netherlands and most from the same extended family, with the surname Emden.

The community is known to have been meeting in private homes and then rented rooms from at least 1745. Plans for a synagogue had begun by 1759 and in 1762 land was leased for the purpose – but this lease  had to be signed by a Christian, Samuel Champion, because it was unclear whether a lease signed by Jews would be legal. The synagogue was located in a discreet position and plainly designed to avoid attention; attacks on synagogues were common in the period.

Its interior, however, contains an elaborately designed Baroque Torah Ark, which rises to the full height of the building and features Corinthian columns, a broken pediment, carved finials and a pair of tablets of the Ten Commandments, in gold leaf. The Ark was transported as a 'flat pack' from the Netherlands and built in situ.

The job: "You will be required to advise the regeneration and environment leadership team on planning policy and statutory guidance in order to develop a ‘sound’ local plan which provides the spatial context for the council’s corporate priorities and helps deliver the South Tyneside Vision.

"You will ensure that the local plan and related plans are developed and contribute effectively towards ensuring that South Tyneside is and remains a great place to live." 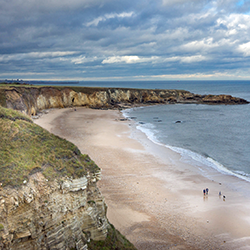 Fun fact: Catherine Cookson, one of the biggest selling British authors of all time, was born the illegitimate daughter of an alcoholic mother and a bigamist, gambling father, in South Shields in 1906. She was raised by her grandparents and believed her mother to be her sister.

On leaving school at 14, she joined domestic service and then took a laundry job in a workhouse. From here, she moved south to run the Hastings Workhouse laundry, bought her house and let rooms to lodgers, married a teacher and began writing as therapy to help her recover from a breakdown induced by her inability to have children because of a rare bleeding disorder.

Her first novel, Kate Hannigan, was published in 1950. She wrote a further 102 novels under her own name and pen names most set in South Tyneside where she grew up. She was known for her meticulous research and sold more than 100 million books in her lifetime, with many adapted for film, television and the stage. In 1985 she gave £800,000 to Newcastle University, which set up a lectureship in haematology, among other things. Catherine Cookson died in 1998 at the age of 91.

The job: "An exciting opportunity to be involved in a varied workload as the principal planning policy officer leading on the implementation, adoption and future review of the council’s emerging minerals and waste local plan and planning policy. The successful candidate will need to be able to prepare and present key documents and reports, and to represent the council at county and district council local plan examinations and regional meetings relating to minerals and waste. 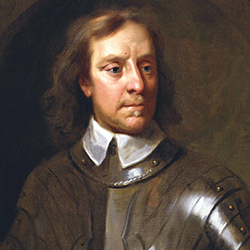 Fun fact: The head of Oliver Cromwell, no stranger to Friday Five, was buried beneath Sidney Sussex College, Cambridge, in a secret ceremony in 1960.

After his death and on the restoration of Charles II, Cromwell's body was symbolically hung, drawn, quartered and decapitated. His head was then gruesomely mounted on a pole above Westminster Hall.

The story goes that the head was blown down in a storm and disappeared. It next appears in a 17th century collection of curiosities owned by a Swiss gentleman called DuPuy. In the 18th century, it was allegedly owned by an English comic actor named Russell; in the 19th, three brothers supposedly charged money to people to view it.

Somehow, in 1960, Cromwell's head found its way back to the county of his birth, Cambridgeshire, and it was buried in a small ceremony in an antechamber beneath Sidney Sussex College. Apparently, the college only admitted to the event two years later.

The job: "In this vital planning role, you’ll enjoy the challenge of working within a busy team, with opportunities to work on both rural and urban projects. You’ll handle a varied case load of planning applications, as well as dealing with appeals. Ideally, we are looking to appoint someone with relevant experience of development management gained either with a local authority or in the private sector.

"Your responsibilities will include visiting sites to assess the merits of the proposed development, taking accounts of views expressed by partners and the public, and writing reports. Excellent written and verbal communication skills are therefore vital. We’ll also expect you to have strong analytical and judgment skills in order to interpret plans, information and data, as well as being a great problem solver." 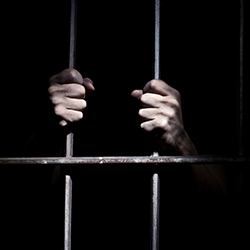 Tuxford, a small town in the Bassetlaw District, has one of just three surviving town lock-ups in the county of Nottinghamshire. Built in 1823, it has two cells – one for men, one for women – each with an 'earth closet', a hole dug in the ground for a toilet. There are iron bars on the front and back walls.

Town lock-ups would have been used for the temporary imprisonment of local troublemakers in places where the nearest prison was too far to travel. They would either be let go (after sobering up) or taken to a better resourced facility elsewhere for proper investigation.

Behind the lock-up was the town 'pinfold' – a pen for stray livestock – which remained in use until the 1920s.