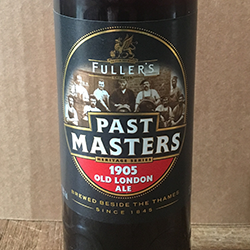 In either the ornate Victorian Town Hall or the neighbouring 1930s Art Deco municipal offices in the heart of Burton-upon-trent, Staffs.

"We are positive about planning and the opportunities that can be captured through managing change. We have a strong local plan, 15 neighbourhood plans, we have top quartile performance in the determination of planning applications and can boast a housing land supply in excess of six years."

East Staffordshire is a mid-sized, largely rural borough north of Birmingham. Its main towns are Burton-upon-Trent and Uttoxeter, home of the racecourse.

In the 19th century, Burton could lay claim to being the home of brewing in the UK, and was particularly influential in the development and spread of India Pale Ale throughout the British Empire.

The industry was built on the early 18th century extension of the River Trent navigation to Burton Abbey, which allowed Burton beer to be shipped to Hull, and on to the Baltic Sea and Prussia, as well as to London, where it was being sold in 1712. By the mid-19th century, a quarter of Britain's beer was brewed in Burton.

Notably, India Pale Ale was first brewed in Burton - an ale specially brewed to keep during the long sea voyage to India. Nowadays, just eight breweries still operate in the town, including Fuller's,  Marston's and Bass. 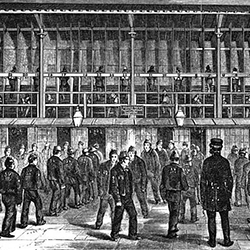 2. TURNING THE WHEEL OF PLANNING

Purpose-built redbrick council offices on the edge of Northallerton, North Yorkshire - next door to the leisure centre.

"We are looking for a capable individual with a focus on customer care and service delivery to help develop our expanding development management team.

"The planning officer position will process the full range of planning applications, listed building applications and associated appeals within the south part of the district, including complex proposals. Hambleton is a forward thinking, financially secure authority keen to promote new development in the district."

Hambleton is a very large but relatively sparsely populated, mainly rural district which incorporates part of the North Yorkshire Moors National Park. Its main town is Northallerton, but it also incorporates the villages of Bedale, Thirsk and Easingwold.

Northallerton Prison, which operated from 1788 until 2013, once housed the world's largest treadmill. Treadmills - or "everlasting staircases" - were introduced into jails in the early 19th century as a form of punishment. This involved a line of inmates forced to walk for hours on a long cylinder, with steps that turned the cylinder. The use of treadmills was outlawed in 1898.

The prison, which at various times housed men, women and youths, was closed in 2013. The site was bought by Hamilton District Council  for regeneration. A mixed-use development is planned which will include homes, shops. leisure and education. It will be called - appropriately - Treadmills. 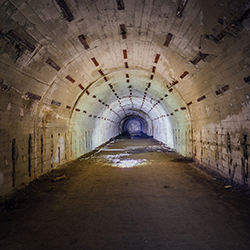 Offices next door to the police station in central Loughborough, Leicestershire.

"The planning and regeneration service has recently been through an organisational review and we are looking for an enthusiastic and confident person to join us in delivering excellent service to our service users. We would like to meet with you if you are enthusiastic, want to learn all about planning, its loopholes and if you are interested in thinking outside the box. Are you someone who wants to make a difference?"

Charnwood is a mid-sized borough bordering the City of Leicester to the south and containing much of Charnwood Forest. Loughborough is the district's largest town and its main commercial centre, as well as being home to Loughborough University.

Beneath the village of East Goscote, within Charnwood, is a network of military tunnels that were once used to store munitions - or bombs. Before becoming a village, the site had been a World War II munitions factory, where ordnance was put together - ie, bombs were fitted with warheads. This delicate operation took place in reinforced concrete tunnels beneath the site. The prepared shells were then stored in two large bunkers - later covered with earth and known locally as 'the Mound'.

The tunnels, apparently, are still in good order. But their entrances have been concealed and a map of the system was 'misplaced' in order to keep the tunnels hidden. 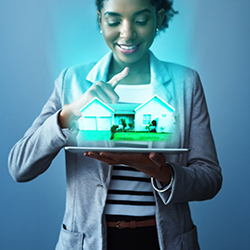 Rugby Town Hall, a 1960s two-storey office building on the edge of Rugby town centre, Warwickshire, with an impressive entrance.

"We are looking to appoint a principal planning officer to join our friendly and pro-active development and enforcement team to help in the delivery of on-going strategic urban extension sites, as well as a significant number of major applications.

"The successful applicant will be expected to demonstrate the skills, knowledge and experience that are necessary in processing major, complex and often contentious residential and commercial applications in a proactive and customer focussed manner."

Rugby is a mid-sized borough in Warwickshire, with a population of jut over 100,000 - around 70,000 of whom live in Rugby itself. The population is expected to grow by 30 per cent by 2035. Rugby itself is known for being home to Rugby School - and thus the invention fo the game of rugby. It's also the birthplace of the jet engine.

Holography - the science of creating what appear to be three-dimensional images  -  was invented in Rugby by the Hungarian physicist Dennis Gabor in 1947.

Gabor, born into a Jewish family in Hungary, fled the Nazis in the 1930s and was invited to work for the British Thomson-Houston (BTH) Company in Rugby, where he conducted research into improving electron microscopes. It was while doing this that he invented the processes involved in creating holograms.

Gabor was awarded the Nobel Prize in Physics in 1971 "for his invention and development of the holographic method". He dies in South Kensington in 1979. In 2006, a blue plaque was put up on No. 79 Queen's Gate in Kensington, where he lived from 1949 until the early 1960s. 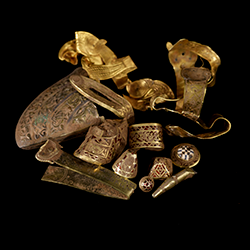 5. A RICH HOARD OF POSSIBILITIES

Red brick council offices in Frog Lane, between the city centre and the railway station, in Lichfield, Staffordshire.

"We are looking for people to work in a senior planning officer capacity within our busy development management team. Your work will include dealing with minor and major applications, with an emphasis on contributing towards the council’s committed development team approach and high quality service. You will also be required to present at planning committee (evening meetings).

"Ideally situated in the heart of the Midlands, with our offices based in the historic centre of Lichfield, we are within easy reach of Birmingham, and the district includes beautiful countryside, including an Area of Outstanding Natural Beauty. This presents a broad range of development opportunities, challenges and pressures for the district. Also, the council has a significant growth agenda and a strong emphasis on quality design."

Lichfield itself is a deeply historic city around 15 miles north of Birmingham, with many buildings constructed in the medieval period - including the only medieval cathedral in Europe with three spires. Lichfield was also the birthplace of Samuel Johnson, the writer of the first English dictionary.

The Lichfield Hoard, discovered in a field near Lichfield in 2009, is the largest hoard of Anglo-Saxon gold and silver metalwork ever found. It consists of close to 4,000 separate items, almost all of which are martial character, including fragments of swords and a helmet.

The hoard has been dated to 7th century, a period when the area was part of the Kingdom of Mercia. It was valued at £3.285 million, and was purchased by the Birmingham Museum & Art Gallery and the Potteries Museum & Art Gallery where items from the hoard are now displayed.