1. A SENSE OF NORMALITY

The successful applicant will work across the shared planning service for both councils but be based at the Vale of White Horse District Council office - a modern office at Milton Park on the outskirts of the village of Milton, just north of the Chiltern Hills AONB, orth west of the town of Didcot and a few miles south of Oxford.

"This is an exciting time to join the team. Both councils' local plans are balancing the need for significant level of housing and economic growth with the environment. We are also receiving significant investment in infrastructure, we have the prospect of nationally significant infrastructure planned in Oxfordshire, and we are involved in collaborative work as part of the Oxfordshire Housing and Growth Deal and the Strategic Level Oxfordshire Plan.

"The successful applicant for this role will join the councils at an important time to help deliver the work of the policy team, but opportunities to work across the planning service will also be available."

Between them, the two council districts span the southern half of Oxfordshire. Mainly rural, they have a relatively low population (around 275,000 combined) scattered around alarge number of small settlement and a few small to mid-sized market towns, such as Thame and Henley-on-Thames. It's a prosperous region with good access to areas of natural beauty, such as the Chiltern Hills.

Didcot, in the Vale of White Horse, was named the most 'normal' town in England by number-crunching researchers in 2017. The statisticians assessed English towns according to a range of criteria, including age, ethnicity, marital status, property ownership, employment, Euroscepticism, the 2015 Election vote share, income, and house prices. Ten of the railway town's streets were a close match to the national average lifestyle, opinions and experiences. The town is surrounded by science parks and is considered a gateway to 'the Science Vale'. 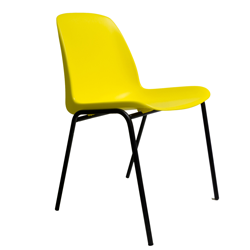 Principal planning officer, Watford Borough Council, Herts. Where? Watford Borough Council is based at the grade II listed Watford Town Hall, designed in 1935 and built n 1937-39 by master planner Charles Cowles-Voysey, assisted by John Brandon-Jones and Robert Ashton. It's considered by Historic England to be "an unusually rich and complete surviving town hall of the later 1930s, showing that the classical style could still be inventive in the service of civic dignity".

"You will engage with partners and communities to ensure we are delivering new developments that people aspire to live and work in, and that the council can be proud of. We will also expect you to ensure we are giving customers a great experience.

"Watford is a place with real ambition and incredible potential. Ideally located and well connected, we have a great deal to offer our residents, visitors and investors. Watford is a small district, but we think big. It is a place with a lot going on, from major developments, such as Riverwell and the town centre improvements, the planned works for Watford Junction, Ascot Road and Watford Business Park, to the investments in two new activity parks in the north and south of the borough and innovative sustainable transport schemes."

One of the most iconic examples of everyday design - the polypropylene stacking chair - was designed and manufactured in Watford. The designer, Robin Day, conceived the chair while working for the designer and funiture manufacturer Hille, which was based in Watford during the 1950s and 60s.

Millions of the chairs have since been produced and it is, frankly, a design classic. noted for its simplicity and ubiquity. The company was based at a building in St Albans Road designed by the great odernist architect Ernő Goldfinger. Though Hille left Watford in 1983, the building still stands. 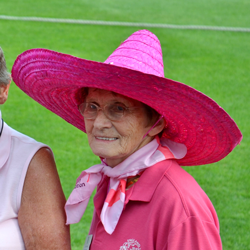 The modern district council office is close to the railways station in Kirkby-in-Ashfield, a Notts market town that is part of the Mansfield urban district.

"We are seeking a highly driven, motivated and confident person to join the team at Ashfield District Council, developing future plans for the district, including planning and economic development and regeneration policies; ensuring that appropriate representations are made regarding national, regional and county policies and those of adjoining districts.

"This fast paced and varied role will involve partnership working and representing the council with a range of public, private and voluntary sector organisations involved in the future vision of the council."

Ashfield is a mid-sized, mostly urban district in western Nottinghamshire that contains parts of both the Mansfield and Nottingham urban areas. The town has a tradition of coal mining and three towns: Hucknall, Sutton-in-Ashfield and Kirkby-in-Ashfield.

The small town of Kirkby-in-Ashfield can make the unusual claim of being the birthplace of two of the greats of English cricket - the men's and women's games.

Harold Larwood, the fast bowling miner's son, is famed for his role in the notorious 'bodyling' Ashes series of 1932-33, when England's bowlers were controversially instructed to bowl directly at Australia's batsmen. Larwood, perhaps the finest bowler of his generation, was both fast and deadly accurate. The subsequent furore brought a premature end to his international cricket career.

Enid Bakewell is regarded as the finest all-rounder the English women's game has produced. A right-handed bat and slow left-arm bowler, she played 12 tests and 23 one-day internationals between 1968 and 1982. Her figures are impressive - in test criket she averaged 59.88, scoring four centuries, and she took 50 wickets at an average of 16.62. Perhaps her finest moment was the 118 she scored in the inaugural Women's World Cup final against Australia in 1973. England won the game. 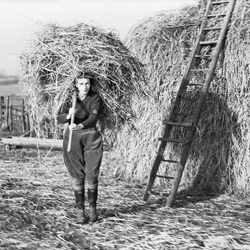 "This is an exciting opportunity for a solution-focused historic environment professional to lead our York-based development advice team and play a key Leadership Team role in managing the work of our 50 regional staff across the North East and Yorkshire.

"The successful candidate will help shape a wide range of special historic places for the future, from the dispersed archaeology of the North York Moors to the characterful textile mills of West Yorkshire. No day will be the same, but every day will be stimulating and rewarding.

"You will lead the team`s provision of pre- and post-application advice to help people sustain the significance of historic places, ensuring the team engages when we can add most public value. You will also coordinate their support for wider regional and corporate objectives, such as our Heritage Action Zones programme."

Historic England is the public body that helps people care for, enjoy and celebrate England's spectacular historic environment. Aming othe thing, it maintains the National Heritage List for England of listed buildings and other protected sites, such as battlefields and scheduled ancient monuments.

Historic England doesn't just list 'impressive' buildings and places - historical significance covers a wide range of possibilities. Among the most recent listings is a Women’s Land Army (WLA) hostel in Smallwood, Cheshire, listed at Grade II in recognition of its historic importance.

The 'land girls' played a key role in feeding the country during the Second World War. In 1939, despite the hard lessons of the First World War, Britain imported the majority of its food. The WLA was first established in 1917 and re-formed in 1939 on the brink of war to work the land. Throughout its history around 250,000 women, mostly in their teens or early twenties, served as land girls.

The hostels were purpose-built and housed up to 48 women. Only around 200 are thought to have existed nationally and many have been lost. The Smallwood hostel is a rare survival. 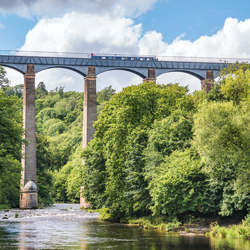 5. REACH FOR THE HEIGHTS

"We have an opportunity for a professional qualified in town planning or a related profession with extensive management experience.

"You will have responsibility for leading a team of planners, producing the local development plan and other planning policy and running statutory services related to the built and natural environment.

"This is a fantastic opportunity to be part of the senior team, lead this service and act as an expert advisor to the council in all planning policy matters." Wrexham county borough covers a sustantial area of north east Wales and, aside from Wrexham itself, incorporates a conurbation of urban villages and rural areas. Its population is in the region of 135,000 people.

The Pontcysyllte Aqueduct, near Wrexham, is both the longest aqueduct in Great Britain and the highest canal aqueduct in the world. 307 metres long, 3.7m wide, it consists of a cast iron trough supported 38m above the river on iron arched ribs carried on eighteen hollow masonry pillars. Each of the 18 spans is 16m wide.

Designed by civil engineers Thomas Telford and William Jessop for a location near an 18th-century road crossing, Pont Cysyllte, it took ten years to build and was completed in 1805. The aqueduct carries the Llangollen Canal across the River Dee in the Vale of Llangollen. Though little commercial traffic remains, it's one of the most popular canals for holidaymakers in the UK and is also part of a wider World Heritage Site.