The job: "With the focus for London’s future growth on outer London and recognising its location along the strategically important London-Stansted corridor, there are a range of significant development opportunities in Enfield. We want your skills and vision to help realise their potential.

"Headlining our ambitious growth agenda is the Borough’s largest residential led mixed use development at Meridian Water where our aspiration is to deliver upwards of 10000 new homes and 6000 jobs. Alongside new public open spaces, shops, community facilities and a new railway station, this is a key opportunity to shape and deliver a landmark residential scheme within London.

"We need you to help us achieve this vision. Working alongside our new Place and Design Review Panel, this is an opportunity for enthusiastic and motivated individuals to gain exceptional experience and make a real difference to the future lives of our residents." 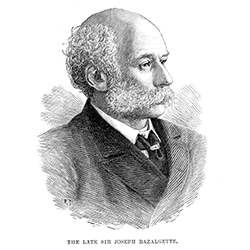 Fun fact: 19th century civil engineer Sir Joseph Bazalgette – the man responsible for London's sewer system – was born in Enfield in 1819. The son of a naval captain, he spent his early career on railway projects and built up considerable expertise in land drainage and reclamation.

By 1856, at a time when repeated cholera epidemics struck London, Bazalgette had been appointed chief engineer to the Metropolitan Board of works. Here, in response to disease and 'the Great Stink' from the filth-ridden Thames that shut down Parliament in 1858, he oversaw the design and construction of a massive sewer system for the city – one that is still in use today though it is currently being superseded by the 'supersewer'.

The sewer, opened in 1865 though not completed for another decade, virtually ended cholera at a stroke, reduced the levels of filth in the Thames and gave birth to modern urban sanitation.

The job: "We have a fantastic opportunity for a head of planning to lead the council’s planning service through a diverse agenda with a focus on maintaining and improving service standards and performance to deliver quality sustainable solutions for Swindon.

"The head of planning will effectively and confidently manage a planning team, with the opportunity to drive development within a fast-paced and demanding environment. 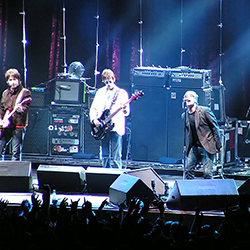 Fun fact: Oasis, the Manchester Britpop band that came to prominence in the 1990s, are named after The Oasis, a leisure centre in Swindon. Yes, you read that right.

The story goes that Liam Gallagher, on being invited to join Rain, the predecessor to Oasis, suggested a name change. He was inspired by an Inspiral Carpets tour poster on the wall of the bedroom he shared with brother Noel, who was a roadie with the band. The poster listed The Oasis in Swindon as one of the tour venues. As a result of this quirky observation, the band Oasis was born, playing its first gig with that name and Liam on vocals in August 1991. Noel himself attended the gig and the rest is history – though it's half the world away these days.

The job: "From the Fens in the south to the North Norfolk Coast AONB, there are a diversity of landscapes and rural issues in this large Borough.  There is also urban regeneration and the need to plan for significant growth in the towns.

"As either a planner or a senior planner, we need you to help balance the new growth planned for the area, with the preservation of the borough’s unique environment and heritage. Working in our planning control team, you will deal with a range of planning issues and related applications, including urban, rural and coastal planning." 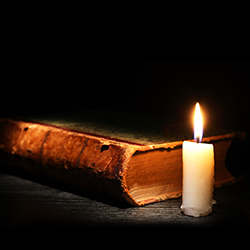 Fun fact: Margery Kempe, a 15th century Christian mystic from King's Lynn, is reputed to have written the first autobiography in the English language. The Book of Margery Kempe, completed in 1438, "chronicles her domestic tribulations, her extensive pilgrimages to holy sites in Europe and the Holy Land, as well as her mystical conversations with God", according to Wikipedia.

Kempe was born Margery Burnham or Brunham around 1373, in the town that was then known as Bishop's Lynn. Middle class, she was the daughter of a merchant and the town's MP.  At around 20 she married John Kempe, with whom she had 14 children. Her first mystical experiences – visions of devils, demons and Christ, occurred in the wake of the birth of her first child and were quite likely the result of postpartum psychosis.

She was tried for heresy – for preaching as a woman, among other things – several times during her life but never convicted; and she seems to have been considered a bit of a nuisance wherever she lived on account of her loud and public wailing and proclamations of devotion.

Kempe's date and place of death are unknown. But she is remembered within the Anglican Communion and her autobiography is considered a valuable historical record of the life of a middle class woman in the Middle Ages.

The job: "Penguin Recruitment are working alongside an experienced specialist BREEAM, Daylight Planning and SAP consultancy who are looking for a Junior OCDEA to join their team in Liverpool.

My client is looking for someone who has an interest in pursuing a career in OCDEA (On-Construction Domestic Energy Assessing) and SAP.

What you will need: 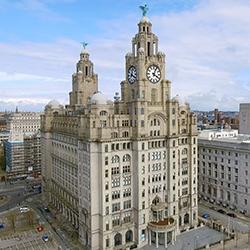 Fun fact: Liverpool is the home of the technology that gave birth to the skyscraper and the famous 98 metre tall Royal Liver Building in Liverpool is, to some , the world's first skyscraper. That is to say, it's the first large scale implementation of the use of a reinforced concrete frame that became the foundation of skyscrapers elsewhere in the world.

The use of strong frames for buildings evolved in the city throughout the 19th century, first in the form of steel frames in churches, then the dock warehouses and offices that made Liverpool an economic rival to London, throughout the 19th century. It was the steel framed construction that gave rise to the first skyscraper in Chicago, in 1895 – the Reliance building, designed by architect John Root, who had been studying in Liverpool at the time the similarly constructed Oriel Chambers was built.

The Royal Liver Building, designed by Walter Aubrey Thomas and opened in 1911,  was built as the headquarters of the Royal Liver Assurance Group. Today, it's a Grade I listed building, renowned as one of the 'Three Graces' adorning Liverpool's waterfront, along with the Port of Liverpool building and the Cunard Building.

The job: "My client based in Warwickshire near to Northamptonshire is looking for an experienced town planner to join their development management team.

"The main focus of this role will be to work on major applications and some complex minors. These have been classed as the 'smaller' end of the majors' scale, up to and including around 50 residential units.

"The successful candidate will work from home, apart from site visits when required and safe to do so, which will be risked assessed. The frequency of visits to the local authority area will more than likely be once per week." 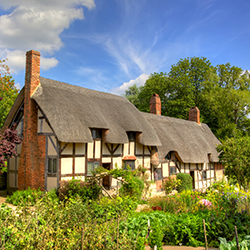 Fun fact: Warwickshire is frequently referred to as 'Shakespeare's county' on account of its being the location of Shakespeare's birthplace Stratford-upon-Avon. Plenty has been written about Shakespeare; much less is known about his wife Anne Hathaway, whose 12-bedroomed cottage in the nearby village of Shottery is now a museum.

Born in 1556, she was eight years older than her famous husband and outlived him by seven years, dying in 1623. They married in 1582 while she was pregnant with their first child (of three). The marriage has been described by some as a 'shotgun wedding' though others dispute this. Aside form the documents relating to her marriage and birth of the children, the only recorded mention of Anne Hathaway is a reference in the will of her father's shepherd.

Shakespeare spent much of the marriage living in London where he pursued a career as an actor and playwright, while Anne remained in Stratford. Some have taken this as an indication that he disliked his wife and the marriage was a poor one. But there is evidence that he returned to Stratford for a period every year and he certainly retired there in 1613, preferring to live with his wife rather than remain in London. Shakespeare's sonnet number 145 is considered by some to contain a tantalising hidden reference to Anne Hathaway and the life-changing effect that her love had on the poet.