EITHER the Anderson Boat Lift Visitor Centre in Northwich, Cheshire; OR Red Bull Wharf in Stoke-on-Trent, Staffordshire. Both sites are next to canals, naturally.

"At the Canal & River Trust, our work is focused on making life better by water. Set up in 2012 to care for waterways across England and Wales, our vision is that living waterways transform places and enrich lives.

"As part of our spatial planning team, you’ll manage a diverse, high-volume workload across the North West and North Wales. You’ll handle both planning consultations and planning policy matters, working closely with local planning authorities and communities as well as Trust specialists. The consultations could range from EIA-scale development to ‘minor’ and ‘householder’, and it will be down to you to provide advice, negotiate planning conditions and planning obligations and represent us in any appeal."

The Canal & River Trust is a charity tasked with "bringing to life" 2,000 miles of waterways across England and Wales. "These historic, natural and cultural assets form part of the strategic and local green-blue infrastructure network, linking urban and rural communities as well as habitats."

The Anderton Boat Lift is a remarkable structure that provides a 50 foot vertical link between two navigable waterways: the River Weaver and the Trent and Mersey Canal.

Built in 1875, the 'lift lock' literally, lifts and lowers boats floating in water between the two waterways, which, though next to each other, are 50 feet apart vertically (the canal is higher than the river).  Though it closed in the early 1980s, the Boat Lift was refurbished and reopened in 2002. It's one of just two working boat lifts in the UK - the other being in Falkirk, Scotland - and is a scheduled monument. 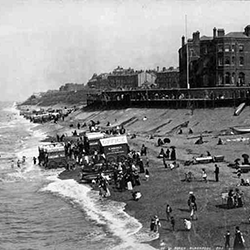 The locally listed Municipal Buildings in downtown Blackpool, Lancs, just a couple of streets from the seafront promenade.

"Blackpool Council is looking for an exceptional candidate to fill its head of development management role. We need someone who is credible, experienced and passionate about how Blackpool develops in the future.

"Blackpool is an exciting place to live, work and visit, but it faces significant opportunities and challenges. We need to deliver growth which is sustainable and inclusive, meeting the needs of residents, visitors and businesses whilst respecting the environmental qualities of the town and ensuring that all our communities have access to services, jobs and housing."

Blackpool, in Lancashire, is a large seaside town, famed as a holiday resort which became a major tourism centre in the 19th and 20th centuries. At one point it was attracting 17 million people a year. Some 10 million still visit the town annually.

Blackpool's popularity as a holiday resort grew as a result of two phenomena: the advent of railway travel in the 1840s, and the tradition of 'wakes weeks' in Northern mill towns.

Originally a religious celebration or feast, the wakes week developed into a secular holiday, particularly in North West England during the Industrial Revolution. Here, cotton mill owners in particular would shut down their factories for a week each summer to clear and repair machinery. In Lancashire, each town would nominate a different week between June and September, ensuring a steady stream of visitors to resorts such as Blackpool. 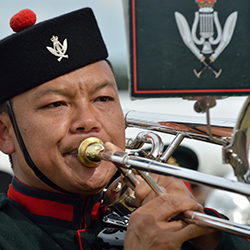 Redbrick council offices in the heart of Fleet, Hants.

"Join us as our new head of place, and see your influence shape the council as well as the district. It’s a newly created role where you’ll turn vision into reality through smart strategic leadership. From a sound financial starting point, you’ll mastermind critical progress, including a shift to more efficient digital services.

"Every day, you’ll be making sure services such as environmental health and food safety perform at their very best. But there’ll also be some key challenges, which will define your success. We want you to re-structure development management and create a local plan team. And you’ll also work to boost economic growth, negotiate with land owners and re-position the planning process. Meanwhile, you’ll be strengthening the partnerships behind shared services and contributing to new strategic policies."

Hart is a mid-sized district in northern Hampshire centred on the town of Fleet, but mostly composed of small villages. It's considered the least deprived part of the UK, having been named the most desirable place to live for quality of life in the annual Halifax Bank survey for five years running from 2011-2015. Fleet is well connected by road and rail, with fast rail links to London and good proximity to the motorway network and the M3

The British Army's Gurkha Brigade was based in Fleet for 29 years from 1971 until 2000. The association with the Nepalese Gurkhas dates back to the early days of Britain's colonial conquest of the Indian subcontinent. Initially fighting against the British, the Gurkhas were eventually integrated into the British Army as 'irregular' soldiers. Some 131,000 Gurkhas fought alongside the British in Wold War II. Nowadays there are Gurkha units in the British, Nepalese and Indian armies - they are not considered mercenaries under an exemption within the Geneva Convention.

Recent British dealings with Gurkhas have at times been contentious but the association remains. In Fleet, their presence is recalled in the name of Gurkha Square, which houses Fleet's war memorial. 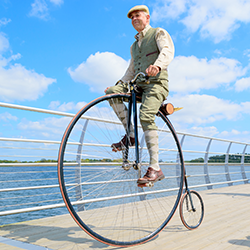 Wolverhampton Civic Centre, a redbrick municipal building in the heart of Wolverhampton, Staffs.

"We are looking for an enthusiastic and customer focused town planner with extensive experience of processing planning applications. Wolverhampton is a Millennium City with a thousand years of history, located on the north western fringe of the West Midlands conurbation, with the beautiful countryside of Shropshire and Staffordshire on the doorstep and excellent transport links to Birmingham, London, Manchester and Liverpool.

"In city planning we have developed a more effective and less bureaucratic way of working that benefits both our planners and those who want to develop in the city, providing a faster and more streamlined service that is boosting business confidence and investment, and producing high quality development."

Wolverhampton is a mid-sized, ethnically diverse city in Staffordshire, with a population of around 260,000. Traditionally, Wolverhampton's economy has been dominated by iron, steel, automobiles, engineering and manufacturing industries. Many have closed or dramatically downsized over the years. and the economy is now dominated by services.

From 1868 to 1975, Wolverhampton had a prolific bicycle manufacturing industry, during which time a total of more than 200 companies operated in the city and they traversed the development of bikes from the velocipede to the modern racing bicycle, via high wheelers (also known as Penny Farthings). Now there are none.

Names fondly remembered by enthusiasts include Viking, Marston, Sunbeam, Star, Wulfruna and Rudge. Sunbeam produced a bike for Allied soldiers in World War I. Machines produced by the largest of the manufactuers, Viking Cycles, dominated the UK bike racing scene in the 1950s. In 1965, they produced more than 20,000 bikes. But they and other closed during the 1970s. The lingering, smaller manufacturers, such as former racer Percy Stallard, closed in the 1980s. 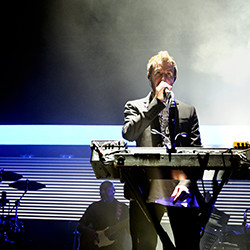 5. MUSIC FOR YOUR EARS

"You will have a pivotal role in the planning process, collaborating with planners, architects, designers and engineers to exploit the opportunities that successful master-planning and connectivity of new developments can bring to the quality and health of our existing and future communities whilst challenging proposals that do not achieve these aims.

"Through placing public health at the heart of the agenda, you will help us deliver a city that is resilient to climate change and fosters patterns of movement and connectivity that enhance and encourage active travel and public transport use in line with our One City Plan and emerging Transport Strategy."

Bristol may be the UK's most musical city. In 2010 PRS for Music, the body that manages rights for musicians, named Bristol the UK's found that Bristol had more PRS members per head of population that any other UK city.

Since the late 1970s Bristol has been home to bands combining punk, funk and dub, but is probably best known for the trip hop sound that emerged in the 1990s with artists such as Tricky, Portishead and Massive Attack (pictured). Nowadays, the politically charged Idles are leading the way for contemporary bands in the city.

Despite the centrality of music to Bristol's identity, another PRS survey in 2015 found that 50 per cent of its music ensues were threatened by development.