Five of the best jobs this week on Planner jobs. And some facts.

The job: "Are you looking for an opportunity to begin or develop your career in planning?

"We currently have the following full-time positions available:

"You will work alongside colleagues in planning and our economic development and regeneration teams in a local authority with a strong commitment to good planning and development, as well as with a range of external partners including North Yorkshire County Council and neighbouring local authorities.

"Our newly expanded planning team has a key role to play in the future of Selby District and helping to deliver high quality development, place making and support sustainable economic growth. This includes helping to deliver some of the largest development projects in North Yorkshire. It is hard to find a more rewarding and challenging place to work than in planning at Selby." 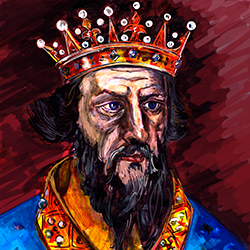 Fun fact: Selby is generally thought to have been the birthplace in 1068/69 of King Henry I, fourth and youngest son of William the Conqueror. Despite being the youngest son, Henry seized the throne in 1100, after two of his brothers had died and Henry and outmanoeuvred the other from a powerbase he had created in Normandy in Northern France. He remained king until his death in 1135.

Henry's reign was noted for his development of the legal, local government and tax systems, along with the expansion of central government institutions. This saw increased revenue to the crown and the growth of a governmental bureaucracy that was run by officials termed "new men" - relatively low-born individuals who rose through the ranks as administrators, managing justice or royal revenues.

Henry was considered a harsh but effective ruler and debate rages as to the extent to which he is either a traditional ruler or the herald of a more administrative form of kingship.

"Along with in-depth knowledge of development management and planning enforcement you will have a proven track record of being an effective manager of people and budgets, a good negotiator, and ideally have previous experience of wide range of planning issues.

"It is an excellent time to join Runnymede with a very recently adopted local plan which provides significant opportunities to work on large and interesting projects. Our aim is to deliver growth in a way that respects and maintains the character of Runnymede and delivers infrastructure and services to support it." 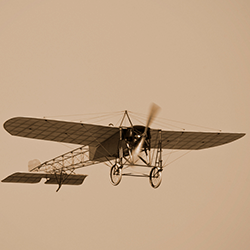 Fun fact: From 1917, Addlestone was home to a Blériot aircraft factory that, among other things, produced training aircraft for the Blériot flying school based at nearby Brooklands (home of both an aerodrome and the famous racing circuit). The site was taken over by a bus-builder in the 1950s, then a taxi manufacturer then telecomms firm Marconi and is now a business park called - appropriately - Aviator Park.

Louis Blériot was a French engineer who had developed the first practical headlamp for cars but branched into aviation from 1905 with what was essentially a privately funded research establishment. Until his death in 1936, the firm produced many different types of aircraft, including fighters, ran flying schools and even branched out into motorcycles.

The last plane built under the Blériot banner was large flying boat intended to provide a transatlantic mail service between Dakar and Natal in Brazil. The company was taken over in 1936 by the French government and merged with several others to boost military aircraft production. The resulting company is now known as Airbus.

The job: "We currently have a great opportunity for a spatial planning manager to join our 2020 RTPI award winning planning team to support Anglian Water as a leading infrastructure provider in spatial planning.

"Reporting to the strategic growth and infrastructure manager you will be responsible for using the spatial planning system to represent Anglian Water’s role as an infrastructure provider and the interests of our customers. Through establishing and maintaining excellent working relationships with external stakeholders, and across the business, you will represent Anglian Water interests by effectively influencing nationally significant infrastructure proposals, the preparation of local planning policies, including coordinating our responses to local development document and neighbourhood plan consultations.

"We cover one of the fastest growing areas of the country including the Oxford to Cambridge growth arc. The region is also the driest and one of the most vulnerable to the impacts of climate change. As an essential infrastructure provider, we are therefore vital to enabling this growth in a sustainable manner."

Fun fact: John Clare, the 'Northamptonshire peasant poet', was born in Helpston, just outside Peterborough, in 1893. The son of a farm labourer who himself went  on to become a farm labourer, potboy and gardener, Clare had little formal education. Despite this, he discovered poetry and went on to become one the most celebrated 19th century poets.

His first published poetry appeared in 1820 and he was instantly recognised as a skilled and distinctive poet. He married, had seven children and lived largely off charity and what earnings he could make from poetry. His life was blighted by mental illness and much of his adulthood was spent in and out of asylums. He suffered a range of delusions, including that he was Shakespeare and Lord Byron and that he had two wives.

Yet, despite being institutionalised for the last 24 years of his life, Clare continued to write lucid poetry full of nuanced and powerful expressions of feelings. Perhaps his most famous work is the sonnet 'I am', written while a patient at Northampton General Lunatic Asylum , where he died in 1864 at the age of 71. He was buried in Helpston where his birthday is marked by local schoolchildren each July.

The job: " As planning and development manager for Grundon Waste Management you’ll strengthen our estates team, which manages our surprisingly large and diverse property portfolio - including industrial, agricultural, residential, leisure and commercial assets.

"This is a varied and challenging role: you will identify development opportunities, deliver planning consents and manage early-stage development activities to both support operational teams and create increasing value from the estate. 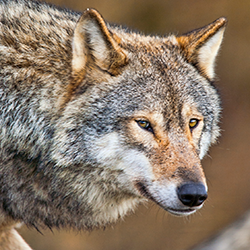 Fun fact: Beenham, a village near Reading, is home to the UK Wolf Conservation Trust, which raises funds to support projects around the world that keep wolves in the wild. In turn, the Trust provides a home to nine North American and Arctic wolves, which have come from other places of captivity and are housed in four large enclosures (though regularly walked by trained volunteers over the Trust's 50 acres).

The WCT was previously open to the public, who could participate in wolf walks, but closed its doors in 2018, so that the wolves could live out the remainder of their lives in peace. Peace for the wolves does not necessarily mean peace for villagers, however, as the wolves are noted for their sonorous howling.

The Trust emerged from a private collection of wolves kept by Roger Palmer. Its aims include conservation, research and education about wolves and their environment.

The job: "The role will be responsible for all aspects of planning policy; infrastructure delivery and working on our response to the climate emergency. These are high profile areas of work but with your experience and our support, you will have the opportunity to shape the future of the borough which will enable our communities to fulfil their potential.

"We are looking for a highly motivated individual who will be able to visualise, articulate and deliver on the council’s strategic planning objectives. This is primarily through overseeing the implementation of the current Local Plan and the production of the new version. To do this you will be able to bring a logical approach in dealing with the challenges the council will face, identify solutions and manage any risks." 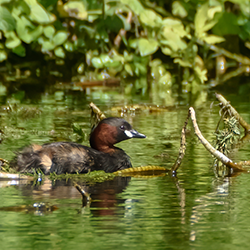 Fun fact: The River Test is a 40-mile long chalk stream flowing from Ashe near Basingstoke to Southampton Water that is noted for its scenic beauty and its flora and fauna - considered to be among the richest of any lowland river in England.

More than 100 species of flowering plant have been recorded along its banks and 232 invertebrates in the river. Breeding species of wetland birds include kingfishers, grey wagtails and little grebes. The river is also noted for its trout and salmon and is a popular fly fishing location.

The river Test appears in Richard Adams' novel Watership Down, where the rabbits at the centre of the story escape on a punt on the river. Readers are told that this would not have been possible on most rivers, but the Test's smooth-flowing, weed-free nature makes it an exception.