The job: "In this vital planning role, you will enjoy the challenge of working within a busy team and handling a varied case load of planning applications, as well as preparing cases for appeals.

"Your responsibilities will include visiting sites, assessing planning applications against council policy and planning legislation and investigating suspected breaches of planning control.

"This is a great time to join NFDC and develop your career within our development management and planning teams as we move forward with achieving the council's housing delivery targets, affordable housing, as well as delivering on our green agenda." 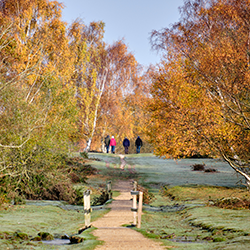 Fun fact: Lyndhurst is the location for the ancient and venerable Court of Verderers, a kind of Magistrate's Court which looks after the interests of the New Forest commoners, people who have traditional rights over the forest, such as the right to allow their livestock to graze and to collect wood for fuel.

The court can trace its history as least as far as the 13th century when it was authorised by The Crown to deal with minor offences within the Sovereign's Forest. The verderers' powers were increased in the 17th and 18th centuries so that it could deal with acts of trespass and breaking of inclosure fences.

It was placed on a statutory basis with the New Forest Act of 1887, with yet more powers, further extended in 1949. Basically, the court looks after all matters that relate to the interest of commoners in the New Forest. It consists of ten verderers, five elected by commoners, four appointed by Defra, the Forestry Commission, the National Park Authority and Natural England. The remaining position is held by the Official Verderer, appointed by The Queen.

The current Official Verderer is Lord Manners, the 11th Duke of Rutland.

The job: "This is an exciting opportunity to join a multi-disciplinary team working to protect and enhance the landscape, environment, heritage and quality of life of one of the fastest growing cities in the UK. Local charity Cambridge Past, Present & Future [https://www.cambridgeppf.org/] is seeking a highly motivated and dynamic Principal Planning Officer to help keep Cambridge special.

"A new local plan is getting underway that will set out plans for growth up to 2040. This will be informed by a new regional strategic planning framework for the OxCam Arc. These will be set against a backdrop of central government planning reforms. In the meantime, significant transport infrastructure schemes are being planned for the city, including East West Rail, several busways and an autonomous metro. All of which are supposed to take place in ways that are net carbon zero and increase biodiversity.

"We are seeking an MRTPI qualified professional with an in-depth knowledge of planning who also has an understanding of the importance of ecology, landscape and heritage and an ability to maximise the opportunities in the planning process for enhancing these. You will be a tactical thinker and a strong communicator, able to influence a wide range of decision-makers and stakeholders." 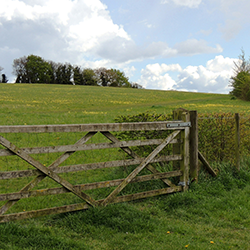 Fun fact: Cambridge Past, Present and Future is based in the Gog Magog Hills just outside Cambridge, a range of low chalk hills named after the mythical Gogmagog, the last of Britain's historic giants to be killed by Brutus of Troy, Britain's legendary first king.

Stay with us... the story recounted by the Medieval historian Geoffrey of Monmouth is that Gogmagog was one of the inhabitants of ancient Albion discovered by Brutus of Troy and his men. Gogmagog was the last of Britain's giants to be killed, thrown from a cliff during a wrestling match by Corineus, the alleged founder of Cornwall.

Brutus of Troy was said, in a 9th century anonymously written history, to have been a descendant of the Trojan hero Aeneas and the founding king of Britain. One legend even has it that the Gog Magog Hills are the location for the ancient city of Troy. No-one really takes this stuff seriously, though. Mind you, there are statues of Gogmagog and Corineus guarding the Guildhall in London...

The job: "The Paul Hogarth Company https://www.paulhogarth.com/ makes a difference by designing spaces and places with people and the environment at their heart.

"We are looking for a highly motivated and skilled planner to join our team working on landscape, urban design and placemaking projects across the island of Ireland.

"They will play a key role in developing our planning services as part of our unique integrated placemaking approach. This will include strategy development and planning applications in both jurisdictions.

"Please apply if you are a team player and people person with versatility and a genuine passion for making a difference." 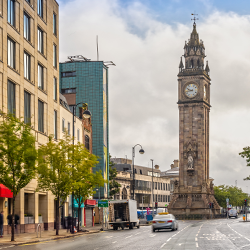 Fun fact: Belfast takes its name from them the River Farset, around which the settlement originally developed. Béal Feirst actually means 'the mouth of the sandbar', Farset itself deriving from the Irish word for sandbar. Basically, Belfast was founded at a sandy ford across this river, which is a tributary to the larger River Lagan which flows through the modern city.

The Farset once flowed beside docks on what is now Belfast High Street  but, sadly you'll see no trace of the river of the river in the modern city: as Belfast grew in the 18th century, it was gradually covered over, the final section in what is now Princes Street being hidden from the light in 1804.

The River Farset now flows through a tunnel beneath Belfast High street and into the Lagan close to that river's outflow into Belfast Lough. The tunnel is reportedly big enough to take a bus.

The job: "Are you interested in being at the forefront of driving radical change into a popular but challenged town centre with huge potential?

"You will have the chance to lead on delivering the radical town centre masterplan, engaging creatively with short and long-term projects and a wide and engaged range of partners, and be part of a small but growing team committed to making Royal Sutton Coldfield a great place to live, work, visit and invest in.

"You will lead on the Town Council’s strategic plan ambitions for Sutton Coldfield town centre and local centres, with a specific focus on
enabling the delivery of the town centre masterplan and supporting the Town Centre Regeneration Partnership.

"You will also support local marketing and promotional activity, help develop business cases and funding bids for projects, and work collaboratively with a range of willing partners across the public, private and third sectors." 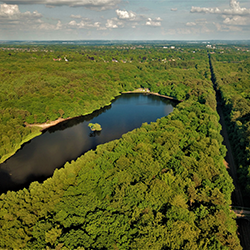 Fun fact: Sutton Park is one of the largest urban parks in England, covering between 900 and 970 hectares to the west of Sutton Coldfield. A national nature reserve, large parts of which are also a schhduled ancient monument, the park contains a mixture of heathland, wetlands and marshes, ancient woodland, restaurants, a private golf course, a donkey sanctuary, children's playgrounds and a visitors' centre. There's even a railway line that runs through it.

The park was initially established as a royal forest by the Anglo Saxon kings of Mercia in the 9th century. By the 12th century it was a Norman deer park. But it was gifted to the people of Sutton Coldfield by King Henry VIII in 1528. Its history is rather extensive though - peat cutting during the Second World War uncovered prehistoric flint arrowheads; there are also prehistoric burnt mounds and an ancient well; the park also contains a preserved section of the Icknield Street Roman Road, which can still be walked.

With around two million visits a year, it's widely used by the Sutton Coldfield, especially for mountain biking, sailing, canoeing, kayaking and running, as well as nature watching and, well, just general enjoyment.

The job: "Rother District Council is developing a new local plan and looking to appoint a suitable individual as the planning policy manager to lead an enthusiastic team to drive forward the production of the plan. As a qualified and experienced town planner with suitable management experience and a passion for place-making, you will be driven and visionary, seeking to plan positively for development and change in the district.

"The range of work is varied, reflecting the diverse nature of the district. It will involve planning for major urban extensions and coastal regeneration as well as conservation of historic towns and of the High Weald Area of Outstanding Natural Beauty (AONB), which covers the majority of the district." 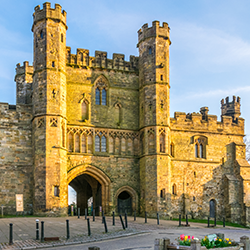 Fun fact: On 14 October 1066, the Battle of Hastings took place within Rother District, an event that - to put it mildly - changed the course of English (and British) history. The Battle actually took place a few miles inland from Hastings at a site nowadays called, appropriately, Battle. It's here that you'll find Battle Abbey.

Battle Abbey is a partially ruined Benedictine Abbey built on the site of the Battle of Hastings by William the Conqueror out of penance for the huge number of English people he and his men killed during the invasion and subjugation of England. William was ordered to do penance by Pope Alexander II in 1070.

Following the Dissolution of the Monasteries under Henry VIII, the Abbey passed through the hans of numerous aristocrats who cried out various works and allowed much of it to fall into disrepair before it was finally sold to English Heritage in 1976.

The original Abbey is little more than an outline on the ground nowadays. But additions built from the 13-16th centuries remain and nowadays houses Battle Abbey School, a coeducational boarding school that opened in 1912 as St Etheldreda's.