It's the Friday Five - our weekly round-up of the best jobs on Planner Jobs this week. Go on, have a gander.

The job: "We are looking for a self-motivated individual to join our busy but vibrant and progressive planning team.

"In this vital planning role, you’ll enjoy the challenge of working on both rural and urban projects. You’ll handle a varied case load of planning applications, as well as dealing with appeals. Ideally, we are looking to appoint someone with relevant experience of development management gained either with a local authority or in the private sector.

"Your responsibilities will include visiting sites to assess the merits of the proposed development, taking accounts of views expressed by partners and the public, and writing reports. Excellent written and verbal communication skills are therefore vital. We’ll also expect you to have strong analytical and judgment skills in order to interpret plans, information and data, as well as being a great problem solver." 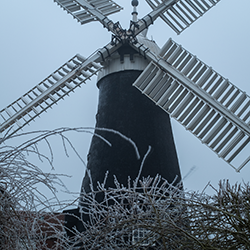 Fun fact: North Leverton with Habblesthorpe, a civil parish within Bassetlaw, apparently has - at 30 characters - the longest village name in England and the second longest in Europe (behind the  Welsh village Llanfair­pwllgwyngyll­gogery­chwyrn­drobwll­llan­tysilio­gogo­goch, which translates into English as 'Saint Mary's Church in a hollow of white hazel near the rapid whirlpool of the church of Saint Tysilio with a red cave').

North Leverton with Habblesthorpe enjoys this distinction, according to Wikipedia, on account of being listed in full on Ordnance Survey maps. Other civil parishes with the name formula "X with Y" tend apparently to be listed simply as "X".

But even the 58 letter Llanfair­pwllgwyngyll­gogery­chwyrn­drobwll­llan­tysilio­gogo­goch pales beside the world's longest place name, the 85 letter New Zealand location Taumatawhakatangihangakoauauotamateaturipukakapikimaungahoronukupokaiwhenuakitanatahu. This Maori place name translates into English as 'The summit where Tamatea, the man with the big knees, the climber of mountains, the land-swallower who travelled about, played his nose flute to his loved one'.

The job: "If you have initiative, a positive attitude and problem-solving skills then we want to hear from you.

"As part of a welcoming and experienced team you will deal with a large breadth of varying complexities of minor applications within all areas of Islington ranging from residential areas, key town centres, the City fringe and the central activities zone. So you need to be customer-focused, well organised, able to communicate effectively (written and verbal) and effectively manage your workload.

"The role focuses on processing householder applications, adverts, certificate of lawful uses to larger minor schemes for conversions and new builds up to nine residential units to commercial changes of use and mixed use schemes just below the major thresholds." 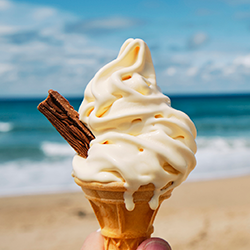 Fun fact: On street ice cream sales were begun in the UK by an entrepreneurial Italian immigrant from London's 'Little Italy' in the mid 19th century.

Carlo Gatti arrived in London in 1847, from Canton Tricino, the Italian-speaking side of Switzerland. He settled in Little Italy - the Saffron Hill/Clerkenwell/Farringdon district of Islington which housed the bulk of London's Italian population (and still has a higher than average number of Italians).

Gatti first ran a successful waffle and chestnut stall, then opened a cafe specialising in chocolate and ice cream, which had previously only been available to the wealthy. He then branched out, selling ice cream from a stall near Charing Cross Station.

Ice cream as as street snack caught on and before long there were dozens of such stalls. Most popular were the 'penny licks' - a penny's worth of ice cream served in a  shell or glass. Once eaten, the glass was roughly washed then served up to someone else; this, of course, facilitated the spread of diseases like cholera. Hence the ice cream cone was invented...

Sellers would alert passers-by to their wares with the cry "Gelati, ecco un poco!" ("Ice cream, here's a little bit!") which was apparently bowdlerised as time went on to 'hokey pokey', now a popular ice cream flavour.

The job: "We are seeking to appoint a dynamic, motivated and organised planning professional who is keen to make a significant contribution in leading the performance and achievements of our development management team.  We will offer you plentiful and varied experience in a key role within our development management service and an opportunity to contribute to the emerging local plan and ultimately its implementation.

"You will need to be a team player with a positive approach, willing to contribute to the delivery of transformational change and continuous improvement to secure excellent customer service. You will have significant experience of dealing with complex planning applications and appeals and the ability to lead the team in the processing and determination of planning applications, while carrying a small case load of more complex proposals yourself." 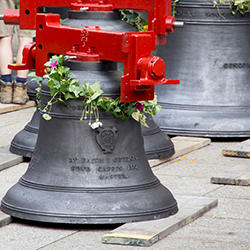 Fun fact: Taylor's Bell Foundry in Loughborough is the world's largest working bell foundry. The business can trace its roots back to the 14th century, but has been known as Taylor's since it was taken over by Robert Taylor in 1784.

His son John established the Loughborough foundry in 1839 and moved the business to its current site in 1859. He also gave the business his name: John Taylor Bell Foundry Ltd.

The foundry is responsible for some of the largest and most remarkable bells in the UK and beyond. They include 'Great Paul', cast in 1881 for St Paul's Cathedral, which is the largest bell cast in Britain and weighs an astonishing 17,002 kilograms (17 metric tons).

In 1980 the foundry also cast a special 900kg bell for rock band AC/DC, used during the song 'Hell's Bells', for the group's Back in Black tour.

The job: "Harlow is entering a new era of growth and we require a new Principal Planning Officer to join our award-winning planning service.

"The district and surrounding area is undergoing significant new development and regeneration as part of its transformation into a garden town. Large scale housing schemes are coming forward and investment is being attracted to the town centre and our enterprise zones, with key organisations such as Public Health England choosing to make Harlow their home.

"Working alongside two other principals, you will focus primarily on a complex caseload within the district or deputise for the development manager to provide guidance and support to other members of staff and assist with corporate matters." 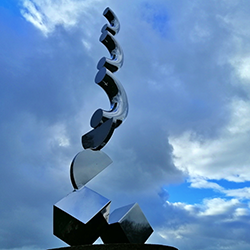 Numbering more than 100, these include works by August Rodin, Henry Moore and Barbara Hepworth. Many are owned by the Harlow Art Trust which was set up in 1953 by Harlow new town's lead architect Frederick Gibberd. Gibberd believed that the town should be a place where people who might not normally have access to art could enjoy great works on every street corner.

Almost all of the collection is, therefore, in the open air - on streets, in shopping areas, in parks and on housing estates around the town. Gibberd himself maintained a private sculpture collection at his home in the town, which is now open to the public.

The job: "We have an opportunity for a planner to join Lake District National Park Authority’s busy development management team to provide maternity cover until 31st December 2022.

"As a planner, you will play a key role in the delivery of our high-quality planning service, This role will see you specialise in one of two areas, either planning applications or planning compliance.

"Within the planning application area, you will handle a diverse caseload that covers the entire development management sphere. You’ll make recommendations regarding planning proposals, present to the planning committee and represent our organisation at appeals.

"Taking on planning compliance work will see you handling planning enforcement activities, investigating alleged breaches of control and making recommendations on the expediency of action. You will also prepare formal notices and representing us at appeal or in court." 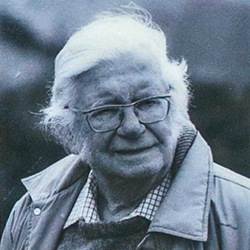 Fun fact: Alfred Wainwright MBE, the fellwalker, guidebook author and illustrator whose Pictorial Guide to the Lakeland Fells is still the standard work for Lake District walkers, lived in Kendal for half a century until his death in 1991.

Born in Blackburn, he worked as an accountant for Blackburn Borough Council while pursuing his real passions - walking and cartography. Aged 23 he fell in love with the Lake District and dedicated most of the rest of his life to the area. In 1941 he moved to Kendal, where he became the borough treasurer.

His great work, Pictorial Guide to the Lakeland Fells, was a seven volume walking guide to the Lake District published between 1955 and 1966. This has become the standard reference work to 214 of the area's fells and is still widely used today. These fells are now generally known simply as 'The Wainwrights'.